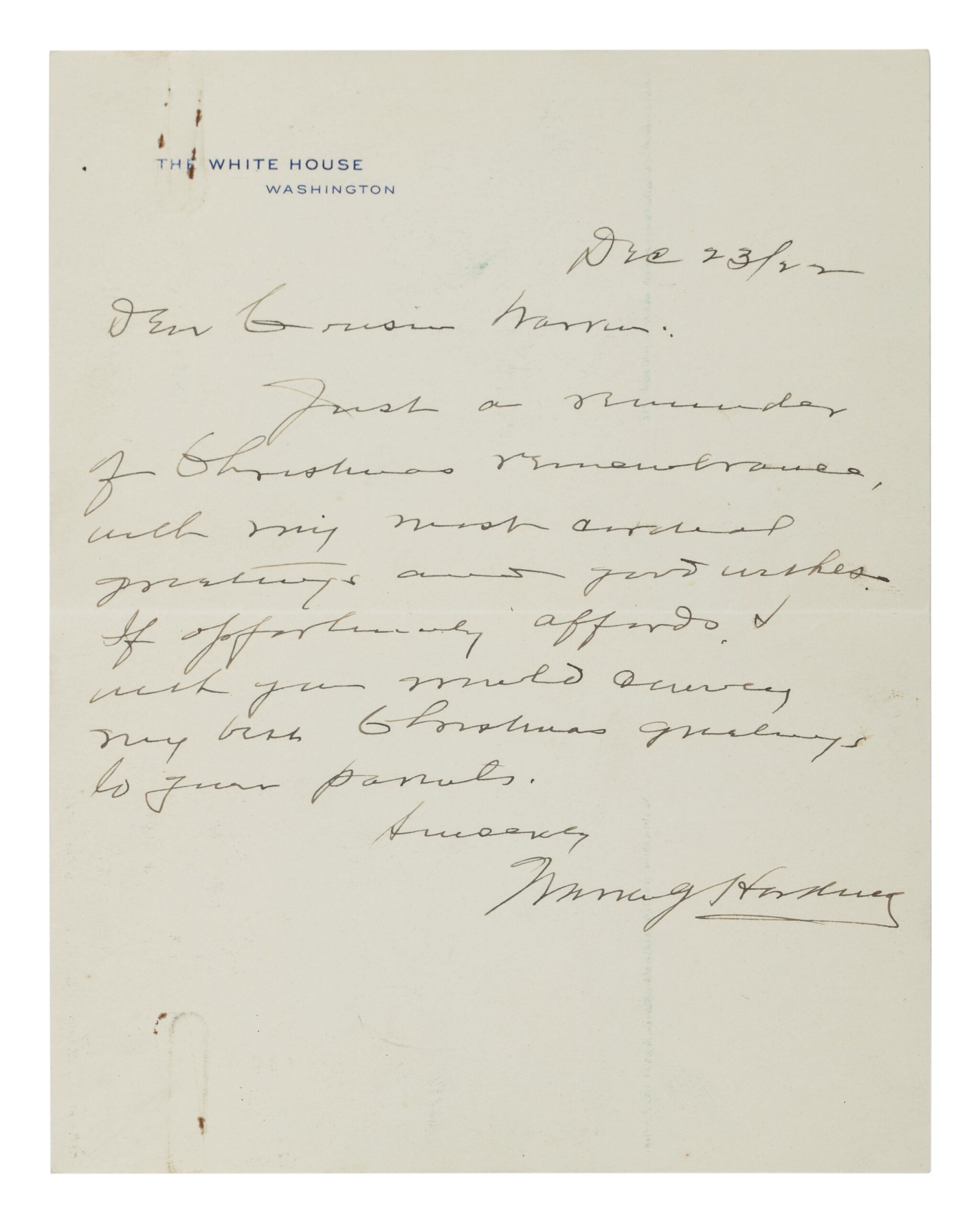 At two years and just shy of five months, Warren Harding's tenure as President was the fourth briefest of all the chief executives. As a result, the number of autograph letters he wrote and signed while in office is severely limited. Of the six such letters recorded in American Book Prices Current since 1975, two were merely responses to requests for autographs, and none were of such a personal nature as this greeting:

"Just a reminder of Christmas remembrances, with my most cordial greetings and good wishes. If opportunity affords, I wish you would convey my best Christmas greetings to your parents."