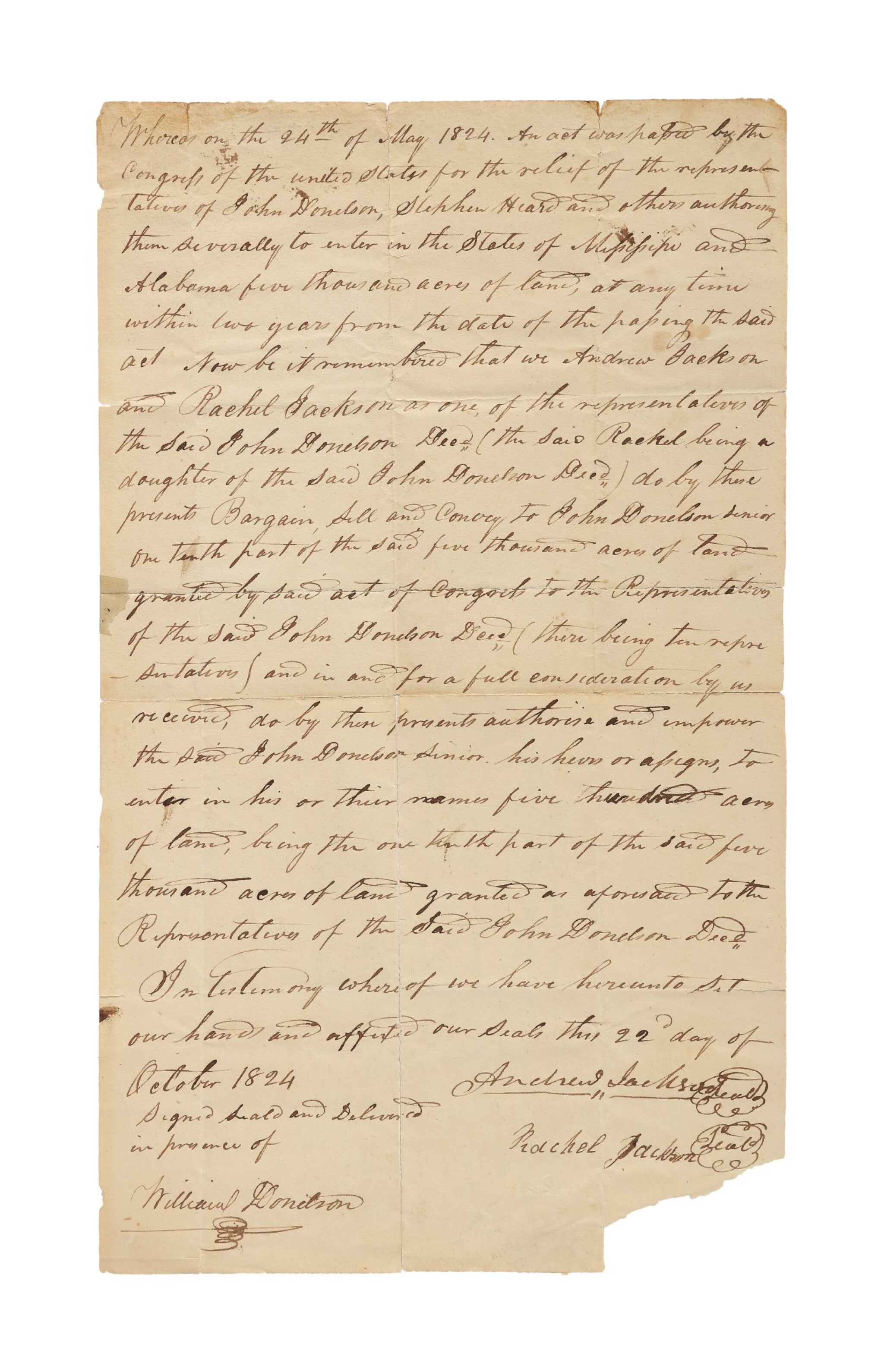 One page (12 3/4 x 7 1/8 in.; 321 x 200 mm), [Nashville?,] 22 October 1824, witnessed by William Donelson, lengthy endorsement by Stockley Donelson on verso; separated at folds into three pieces without loss to text, another crease reinforced on verso, lower blank right corner torn away.

The Jacksons testify that "Whereas on the 24th of May 1824, An act was passed by the Congress of the United States for the relief of the representatives of John Donelson, Stephen Heard and others authorizing them severally to enter in the States of Mississippi and Alabama five thousand acres of land, at any time within two years from the date of the passing the said act[.] Now be it remembered that we Andrew Jackson and Rachel Jackson as on one, of the representatives of the said John Donelson Decd. (the said Rachel being a daughter of the said John Donelson Decd.) do by these presents Bargain, Sell and Convey to John Donelson Senior on tenth part of the said five thousand acres of land granted by said act of Congress to the Representative of the said Joh Donelson Decd. (there being ten representatives). …" On the verso, in an endorsement dated 11 December 1875, Stockley Donelson attests that he transfers "all of right title & interests in my fathers interest in the claim alluded to in the within paper."

Documents signed by both Andrew and Rachel Jackson are very uncommon. Rachel's death, after her husband's election as President, but before his inauguration, prevented her from serving as First Lady.  Her niece, Emily Donelson, acted as White House hostess for President Jackson.