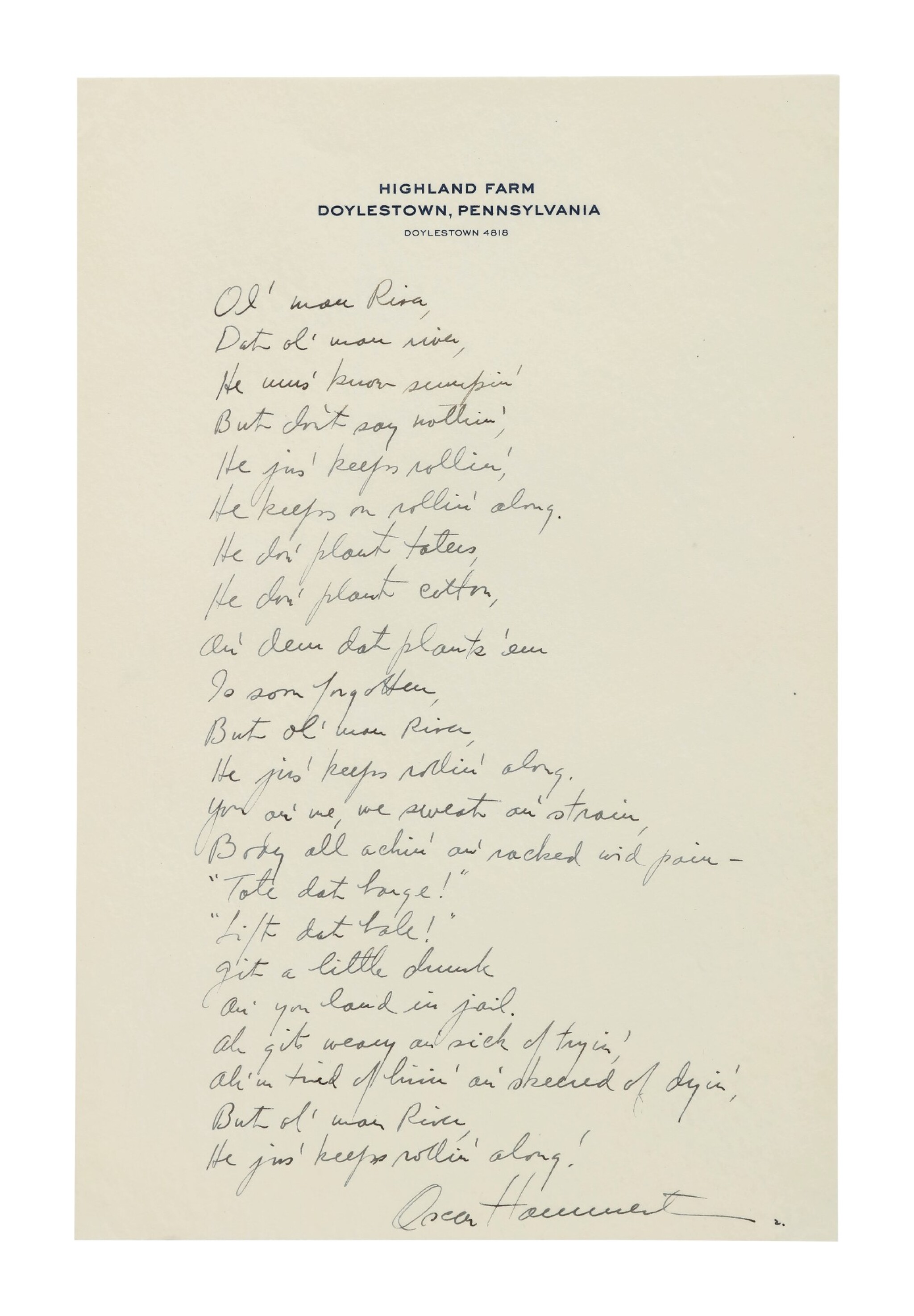 TWO LETTERS, ONE INCLUDING AN AUTOGRAPH FAIR COPY OF THE LYRICS FOR "OL' MAN RIVER"

Oscar Hammerstein II transcribes and signs "Ol' Man River," perhaps his greatest lyric. Hammerstein made the fair copy of the great Show Boat show-stopper in 1941 for a Mr. Upton. In the cover letter, he apologizes for the delay in making and sending the transcription.

In Hammerstein's letter to P. G. Wodehouse ("Plum"), he thanks the author for suggesting a story by Patricia Salmon for a possible stage treatment. He goes on to give Plum news of their mutual physician, Dr. Hyman. While Hammerstein contributed lyrics and Jerome Kern music for Show Boat (1927), a Kern/Wodehouse song, "Bill," was also included in the show.