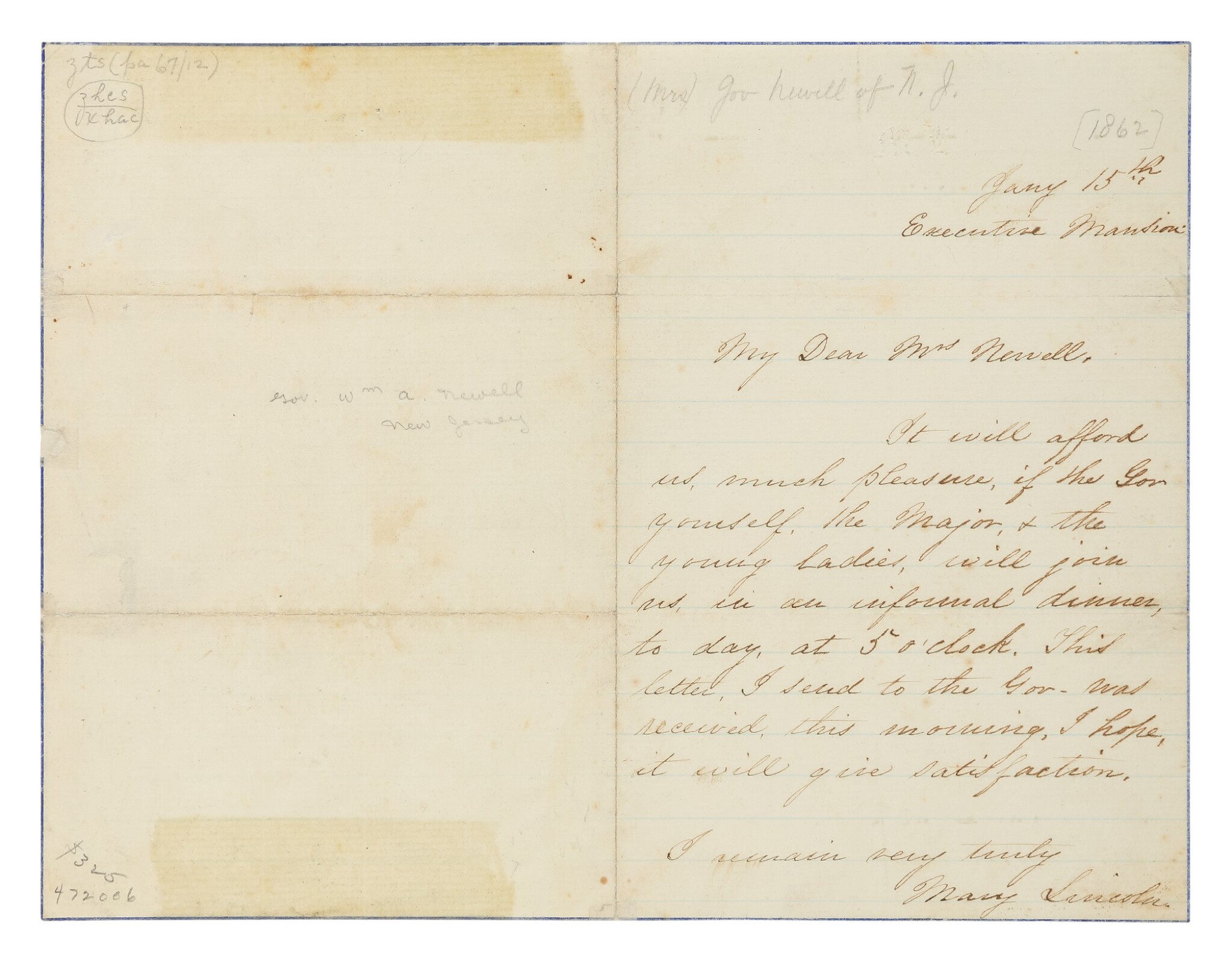 William A. Newell of New Jersey served with Abraham Lincoln as a Whig representative in the thirtieth Congress; he went on to be be elected governor of the state. He and his wife, Joanna, became members of Mary Lincoln's Blue Room salon, and the First Lady here invites them and their family to dinner.

"It will afford us, much pleasure, if the Gov., yourself, the Major, & the young ladies, will join us, in an informal dinner, to day at 5 o'clock. This letter [not present], I send to the Gov. was received this morning, I hope it will give satisfaction." The Major referred to was John Newell, an army paymaster and brother of the former governor.

The earlier letter to Mary Todd provides a glimpse of her life as a young socialite in Springfield, where she was living with one sister (Elizabeth and her husband Ninian Edwards) and frequently visiting another (Frances, recently married to pharmacist William S. Wallace). "Will you be so good as to send me the pattern of the cap you were making at Dr Wallaces, the other day. I believe I will try and make a cap for the day by the same pattern of your night cap. How are you, after your last evening dissipation, rather drowsy I should say, if you were as late getting home as the other girls. …"