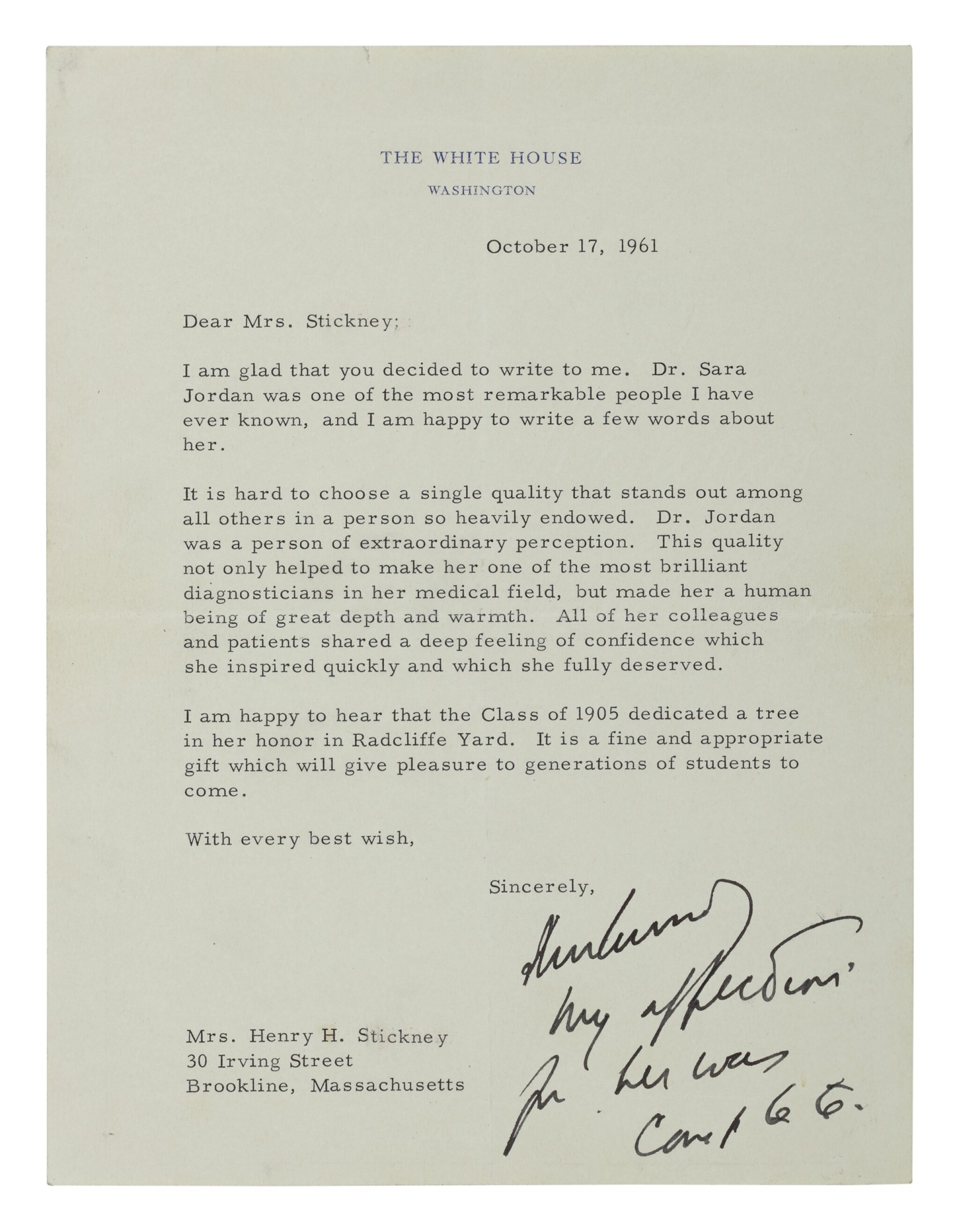 President Kennedy writes to Mrs. Stickney, evidently a Radcliffe alumna, about the dedication of a tree in honor of Dr. Sara Jordon. Kennedy was a longtime patient of Dr. Jordon, who was the head gastroenterologist at the Lahey Clinic in Boston. He was a frequent and long-term patient at Lahey Clinic for his gastrointestinal problems and his chronic backache. In this correspondence Kennedy offers a few personal words about Dr. Jordan to commemorate the Radcliffe College Class of 1905 dedicating a tree in her honor in Radcliffe Yard. JFK notes that Dr. Jordan "was one of the most remarkable people I have ever known", and adds in an autograph postscript, "My affection for her was complete."