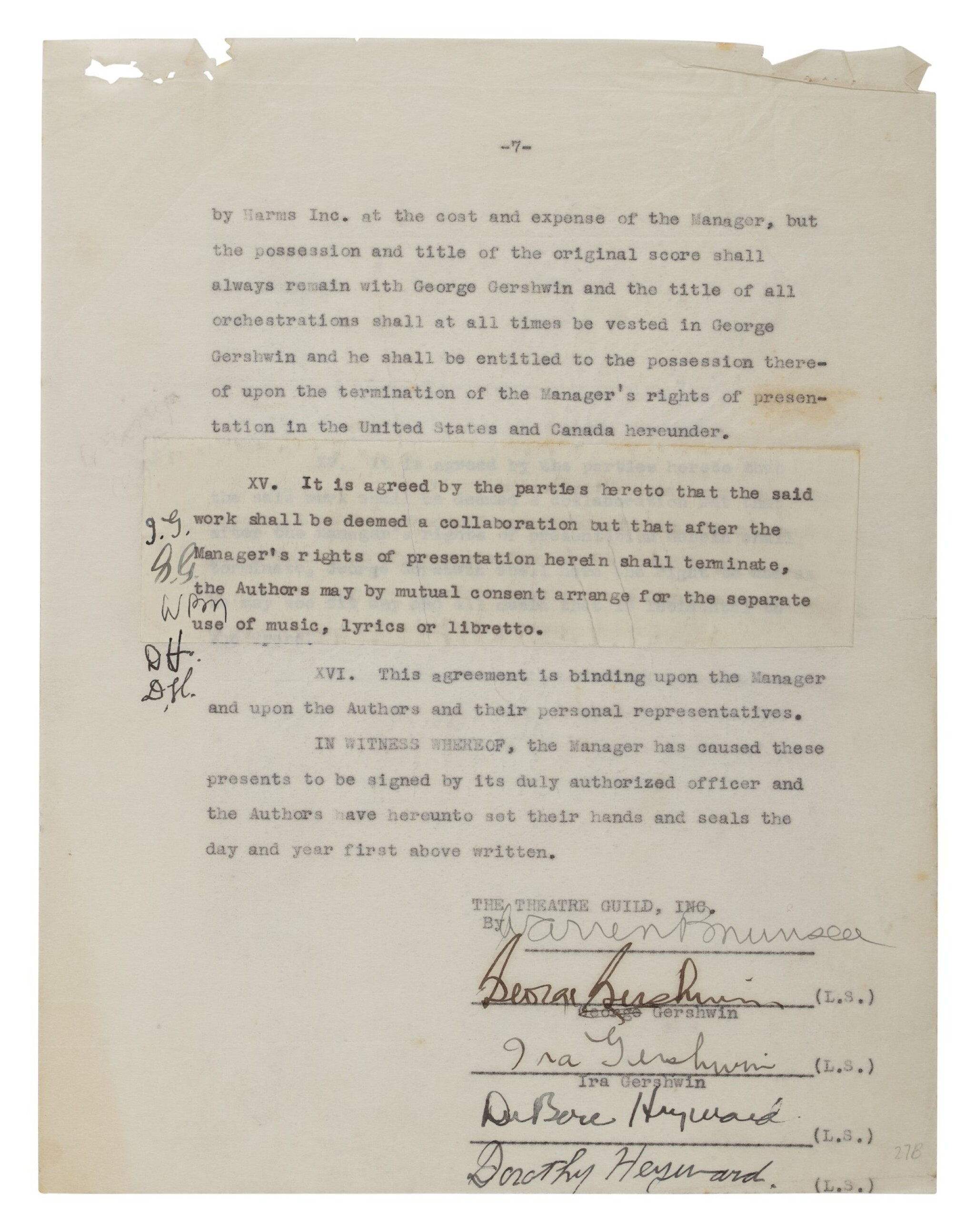 CONTRACT SIGNED BY GEORGE GERSHWIN AND HIS COLLABORATORS WITH THE THEATRE GUILD INC. FOR THE FIRST PRODUCTION OF PORGY AND BESS

The original agreement granting the Theatre Guild the rights to produce Porgy and Bess (at this point still referred to simply as Porgy), signed by composer George Gershwin, lyricist Ira Gershwin, authors Dubose Hayward and Dorothy Hayward, and Theatre Guild representative Warren P. Munsell. The agreement is also initialed twice by all the signers and Munsell has initialed several more times.

This contract prepares the way for the first performances of the greatest operatic work written by an American composer thus far. Porgy and Bess opened at the Colonial Theatre in Boston on 30 September 1935 and transferred to the Alvin Theatre in New York on 10 October.