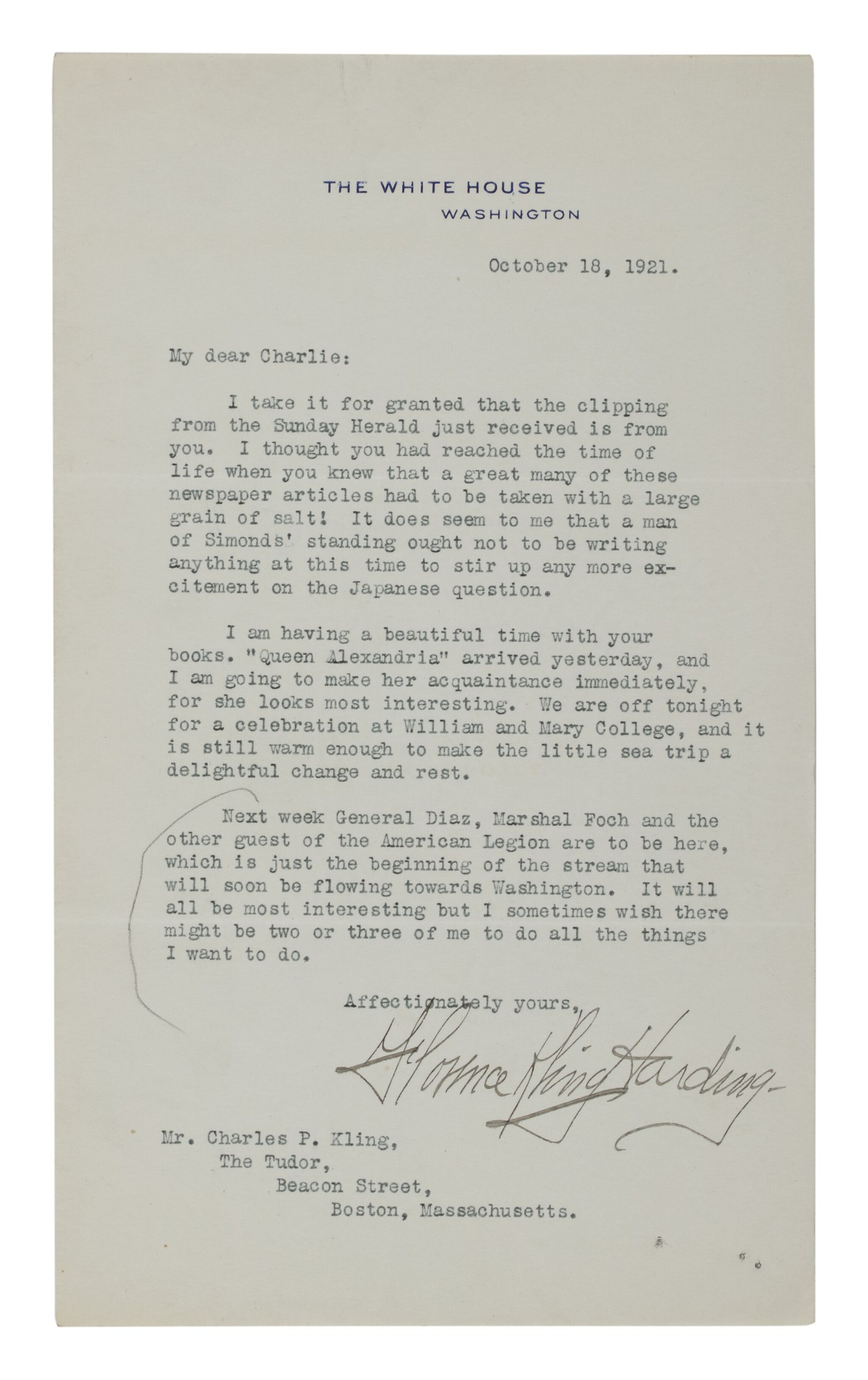 In this pair of letters the Jazz Age First Lady details her relentless energy, as well as her great pride in—and affection for—her husband, Warren G. Harding, who she often seemed to dominate. The earlier letter was written almost exactly a month before the 1920 presidential and shows Mrs. Harding's confidence in the outcome.

"We have had a wonderful summer, and despite the demands, the rush and dash and the hard work, I have thrived like the proverbial Green Bay. It is all marvelously gripping, and we are both well and happy, and more than hopeful, if reports count for aught. … Warren is wonderful. He has made a good campaign, and we are going to win, and win just as big as we can. We want every single vote that we can get, and I know the opportunity ahead: I believe in my soul, he will measure up to them, because I know him, and even I have seen him grow from day to day during these developing weeks. I am proud of him, and for him; glad of what has come to him, and for him, and to us—we are thoroughly mindful, but wholly unafraid. … Al Jolson composed a song en route here from New York over night, and it made a great hit—"Harding You're The Man For Us." … We leave for a trip Wednesday morning, including stop (no speech) at Chicago, DesMoines, Omaha, Kansas City, Oklahoma City, St. Louis, and back here week from today for few hours, and then another jaunt."

While Harding did not get "every single vote," he swamped the Democrat candidate, his fellow Ohioan James Cox, in both the both the popular vote and the electoral college. In the later of the two letters, Mrs. Harding, seven months into her tenure as First Lady, remains as busy as on the campaign trail: "Next week General Diaz, Marshal Foch and the other guest of the American Legion are to be here, which is just the beginning of the stream that will soon be flowing towards Washington. It will all be most interesting but I sometimes wish there might be two or three of me to do all the things I want to do."