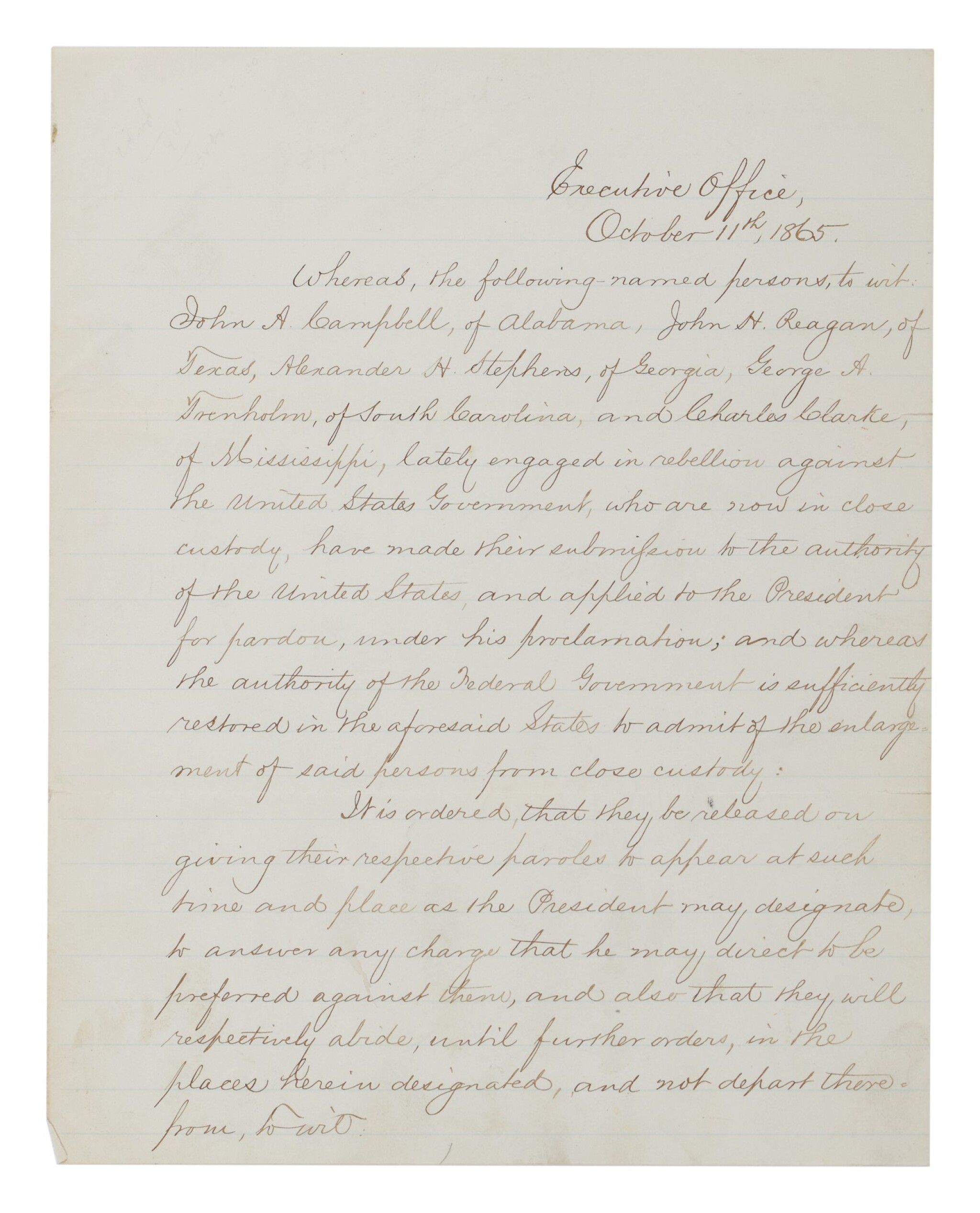 As President Johnson moves to implement his lenient Reconstruction plan for the South, he paroles—but does not yet pardon—five leading actors in the Rebellion: "Whereas the following named persons, to wit: John A. Campbell, of Alabama, John H. Reagan, of Texas, Alexander H. Stephens, of Georgia, George A. Trenholm, of South Carolina, and Charles Clarke, of Mississippi, lately engaged in rebellion against the United States Government, who are now in close custody, have made their submission to the authority of the United States, and applied to the President for pardon, under his proclamation; and whereas the authority of the Federal Government is sufficiently restored in the aforesaid States to admit of the enlargement of said persons from close custody:

"It is ordered that they be released on giving their respective paroles to appear at such time and place as the President may designate, to answer any charge that he may direct to be preferred against them, and also that they will respectively abide, until further order, in the places herein designated, and not depart therefrom. … And of the President should grant his pardon to any of said persons, such person's parole will be thereby discharged."

Alexander Stephens served as Vice President of the Confederate States of America; George Trenholm was Secretary of the Treasury; and John Reagan was Postmaster General, as well as briefly succeeding Trenholm as Treasury Secretary. Charles Clarke was a brigadier general in the Confederate Army, as well as a wartime governor of Mississippi. Most interestingly, perhaps, John Campbell was an Associate Justice of the United States Supreme Court, who acted as a mediator between the Lincoln administration and a Confederate Peace Commission prior to the Civil War. He resigned after the bombardment of Fort Sumter, but, because of his moderate view on secession, he was not welcomed back to Alabama. He did accept a position as Assistant Secretary of War, but continued to advocate for peace, even participating in the unsuccessful Hampton Roads Conference in early 1865.