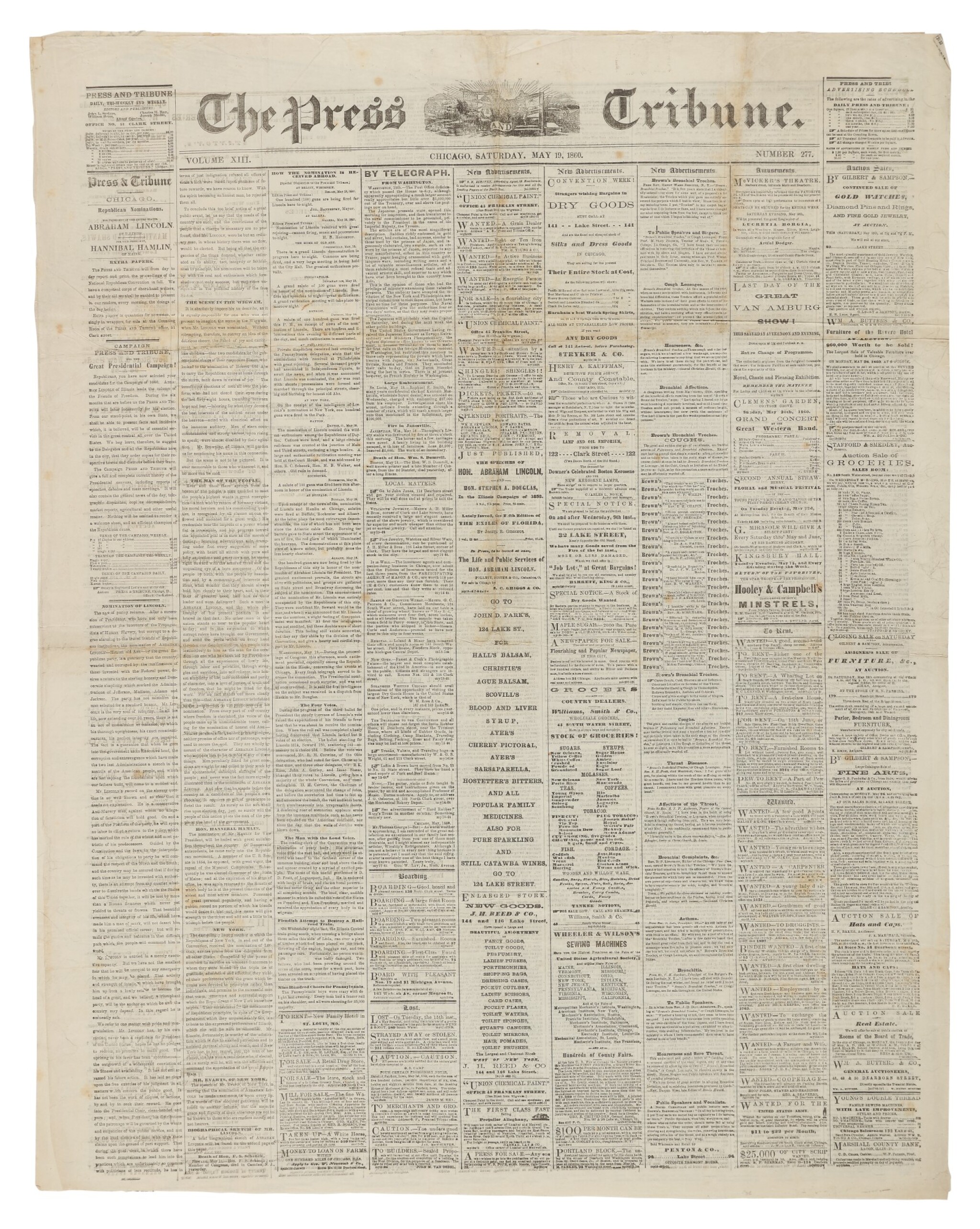 EXTENSIVE COVERAGE OF LINCOLN'S NOMINATION AT THE REPUBLICAN NATIONAL CONVENTION IN THE PRESS AND TRIBUNE, VOL. XIII, NO. 277. CHICAGO: JOHN L. SCRIPPS, ET AL., SATURDAY, MAY 19, 1860

Published the day after the conclusion of the three-day Republican National Convention at Chicago's "Wigwam," the Chicago Press and Tribune goes all in for the nomination—and election— of Illinois favorite son Abraham Lincoln. This issue includes biographical sketches of Lincoln and his running mate, Hannibal Hamlin; reports on the reception of the nomination from around the country (the northeastern portion, at least); editorials supporting the Republican platform; and a detailed account of the final day of the convention, including tables of the four presidential and two vice presidential ballots.