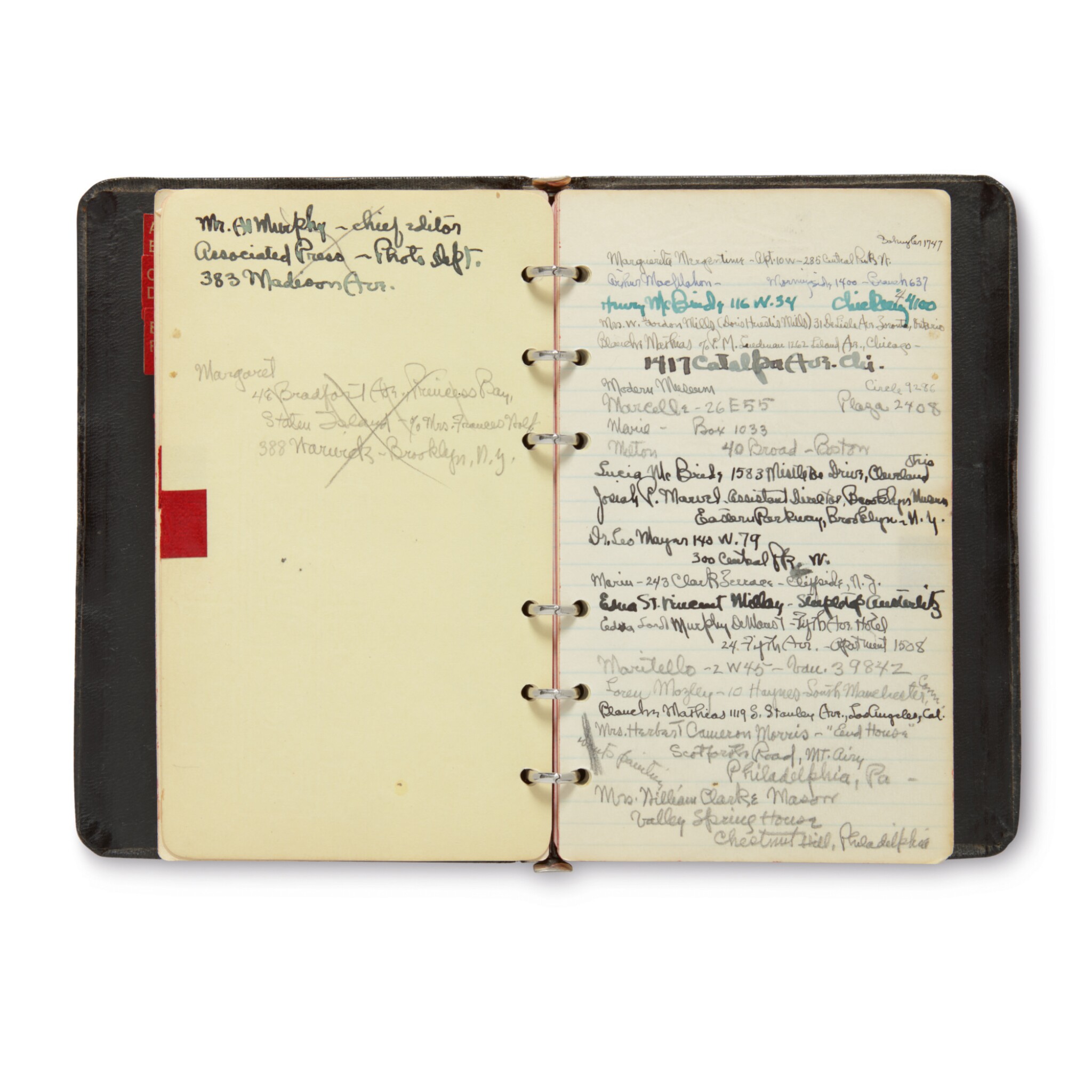 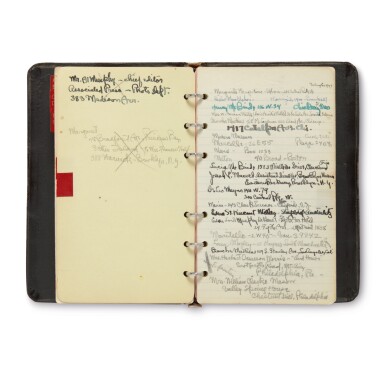 Approximately 20 pages of ruled loose-leaf paper and 5 stiff paper section dividers (6 x 3 1/2 in.) with notations in O'Keeffe's hand, also included are two snapshots and several scraps of paper with notations. Flexible pebble-cloth ringed binder from the Standard Diary Co., Cambridge, Mass., with printed leaf with calendars for 1926 and 1927; some wear.

This compact address book is filled with names, addresses, and phone numbers in a neat, minuscule hand. Among the names are designer Norman Bel Geddes, art critic Henry McBride, poet Edna St. Vincent Millay, suffragette and O'Keeffe confidante Anita Pollitzer, and artist Frida Kahlo (here listed as Frida Riviera). There are also numbers and addresses for institutions and businesses such as the Museum of Modern Art, the Associated Press, American Express in Paris, and the American Consulate in Mexico City.

Five pages, two headed "1930" and "1931," list paintings sold in those years, including two to dealer Edith Halpert: "Landscape" $1200 (paid $400) and "Pink Apple" $150. A note reading "Phillips $1000" likely refers to Washington collector and museum founder Duncan Phillips. On one page she records photographer Paul Strand's purchase of "Alligator Pear" for $1500 and on another she notes that he has paid $200. On other leaves she lists the dimensions for numerous paintings and specifications for framing, e.g., "18 x 30 — Radiator Paint — A. S. moulding," "20 x 25 — Two Dark Blue Petunias."

Laid in the book along with scraps of paper are two snapshots of an unidentified young man.

The address book is a valuable glimpse into O'Keeffe's life on the East Coast before she began spending extended periods of time in New Mexico.