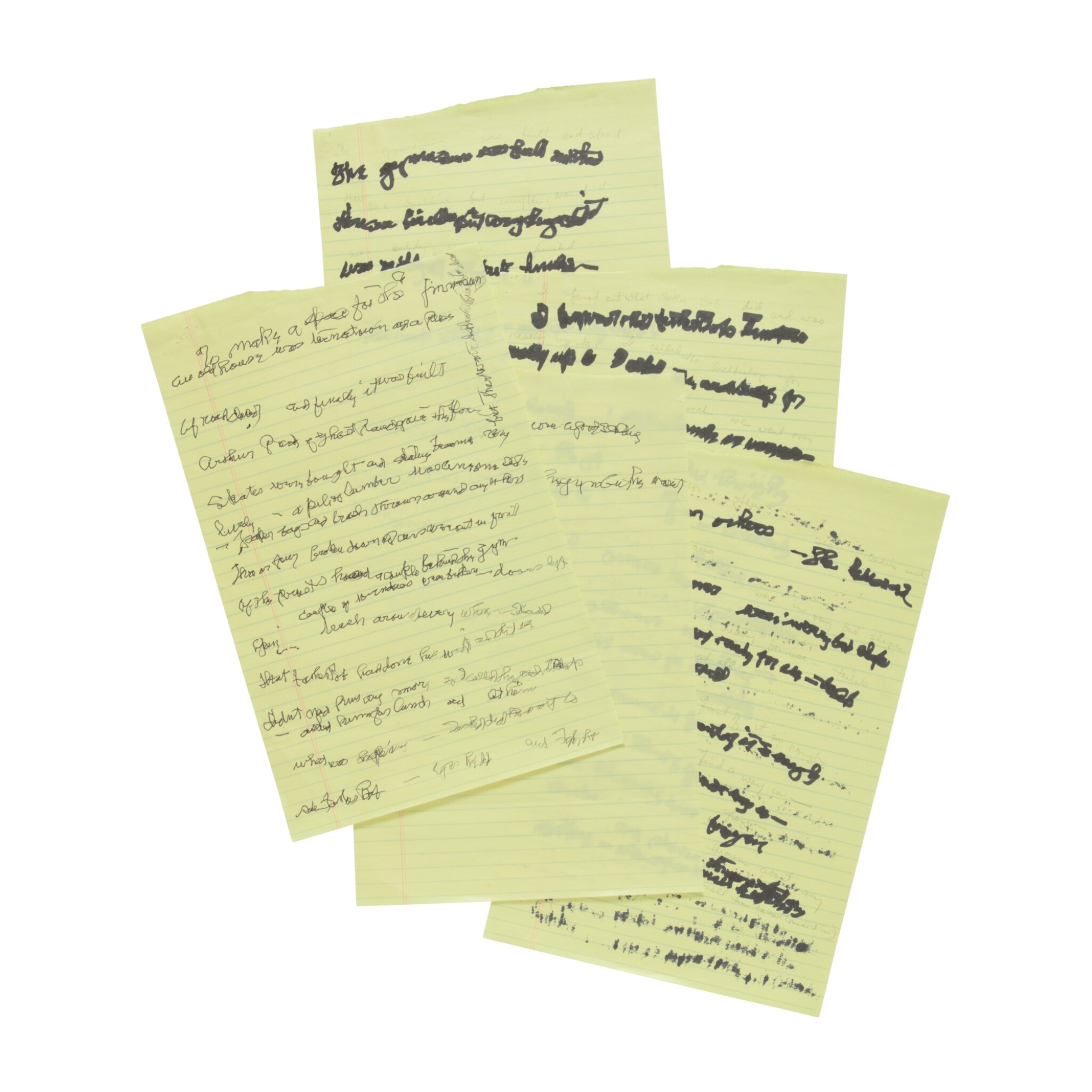 Georgia O'Keeffe on the construction of the local gymnasium, which she funded. "To make a space for the gymnasium, an old house was torn down and a piece of road cleared, and finally it was built. Arthur Pack of Ghost Ranch gave the floor — skates were bought and skating became very lively..."

When O'Keeffe first moved to the small town of Abiquiu, there wasn't any place for the children to go after dusk. With the exception of O’Keeffe, the local storekeeper, and the resident Catholic priest, Fr. Bob (who is mentioned in the present manuscript), the population of Abiquiu was exclusively Spanish-American and Indian. Over the years, she became something like a patron of the community, funding the construction for a new gymnasium (along with improvements to the village's water system, and financing the university tuition fees of a number of students). The gymnasium project was seemingly an important one to O'Keeffe, as she commented elsewhere: "When I first moved [to Abiquiu], the children had nowhere to go when it got dark... They’d play out in the street in front of the cantina until sundown and then sometimes they would come in here to see me. After a time, I took to sending them in my car when they had games with other schools. Once a week, I sent them to the movies in Espanola. The boys used to talk a lot about having a gymnasium, and eventually I had a gymnasium built."

Given the mimeographed typescripts present, it is possible that these recollections may have been intended for the follow-up to O'Keeffe's 1976 Viking Press volume, for which she was making notes.