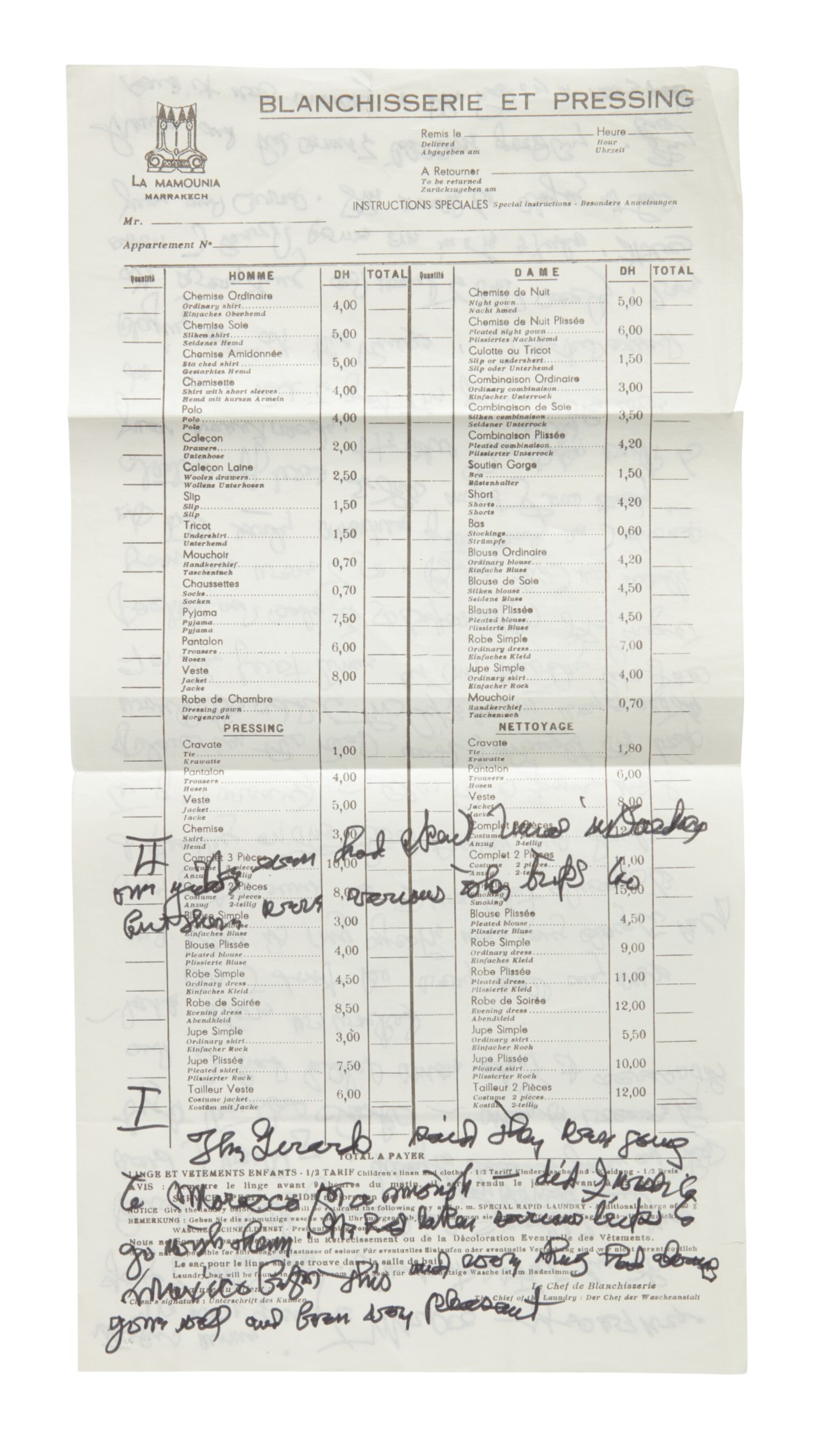 Georgia O'Keeffe on preparing for a trip to Morocco with her longtime friends. "The Girards said they were going to Morocco for a month — did I want to go with them?"

O'Keeffe had been friends with architect Alexander Girard, and his wife, Susan, for a number of years. Having never been before, O'Keeffe longed to see Morocco, and asked Juan Hamilton, whom she had met a few months earlier, to accompany her. "As I don't see very well any more and Juan is my eyes he was going along to help me get around so I wouldn't always be depending on Susan and Sandro...also, he's young with plans in his head and I thought the trip would add to his life in one way or another." Together the quartet travelled some 3,000 miles within Morocco, from Casablanca to Fez, and through the Atlas Mountains. Later, Hamilton remarked that what O'Keeffe enjoyed most about Morocco "was walking in the countryside, not really being around towns and people."