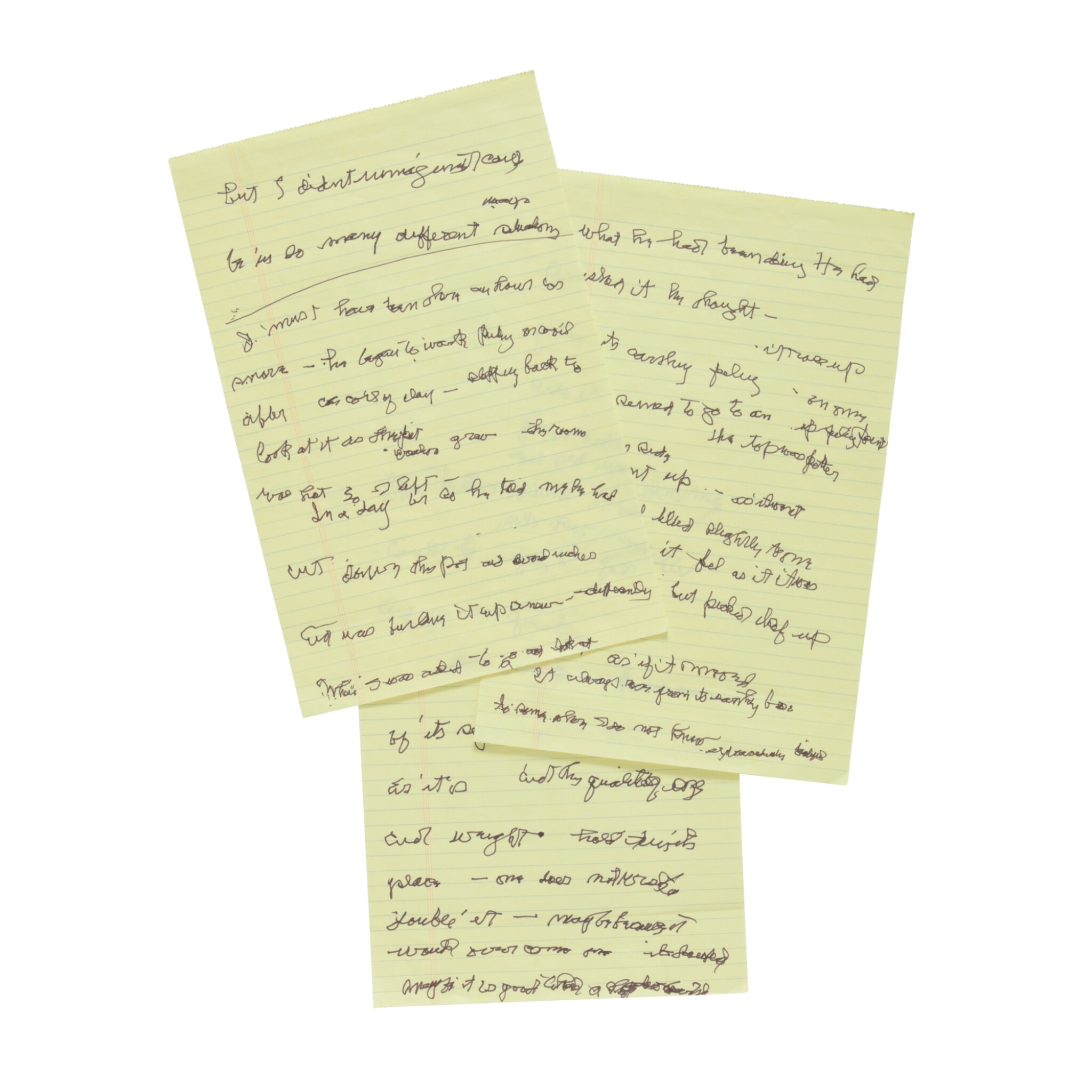 AUTOGRAPH MANUSCRIPT, TITLED IN ANOTHER HAND "JUAN — ABOUT POTS"

Georgia O'Keeffe on Juan Hamilton's working methods in his pottery studio. "I must have been there an hour or more — he began to work putting on coil after coil of clay — stepping back to at it as the pot grew. The room was hot so I left." After observing Hamilton work on the same pot a few days later, she describes the pot as "extraordinarily beautiful."

O'Keeffe ends the commentary in her 1976 Viking Press volume with a brief description of Juan Hamilton critiquing her early efforts at making pottery. The present remarks on Hamilton's studio practice may have been intended for the follow-up volume O'Keeffe was planning and for which she was making notes.