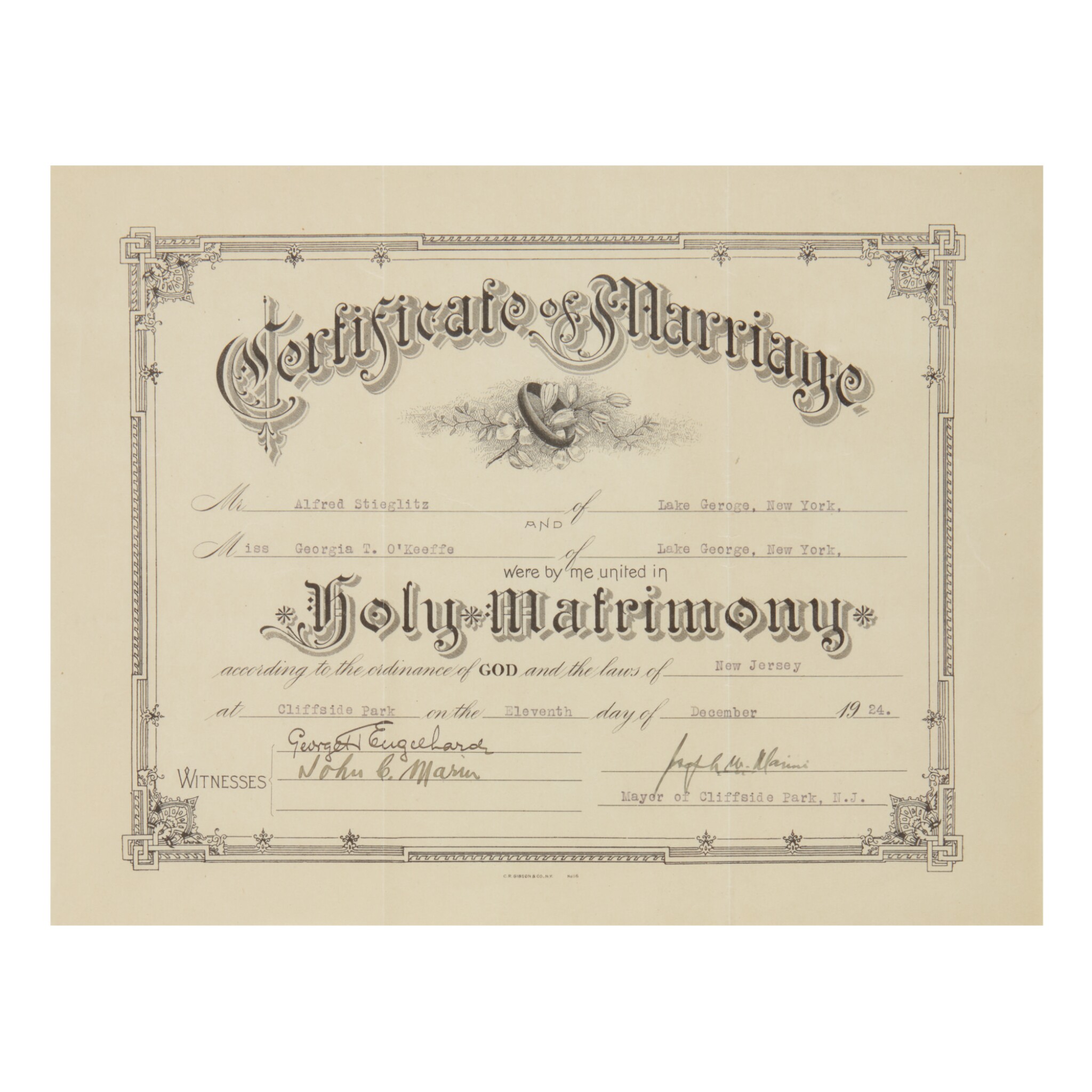 The look of the certificate was evidently appropriate to the occasion. Roxana Robinson wrote, "It was not a sentimental occasion. … There were no ceremonial preliminaries. … December 11, Alfred Stiegliz and Georgia went out to John Marin's house in Cliffside Park, New Jersey. With Marin and George Herbert Engelhard as witnesses, the two were married before a justice of the peace. There was no reception and no festivities; the couple went directly back to Manhattan" (Georgia O'Keeffe: A Life, p. 275).

O'Keeffe later maintained that she was not in favor of the wedding, which was held chiefly for the sake of Stieglitz's daughter from his first marriage.

Envelope frayed and torn at top, including a tear through the second "r" of "Marriage" in O'Keeffe's inscription.