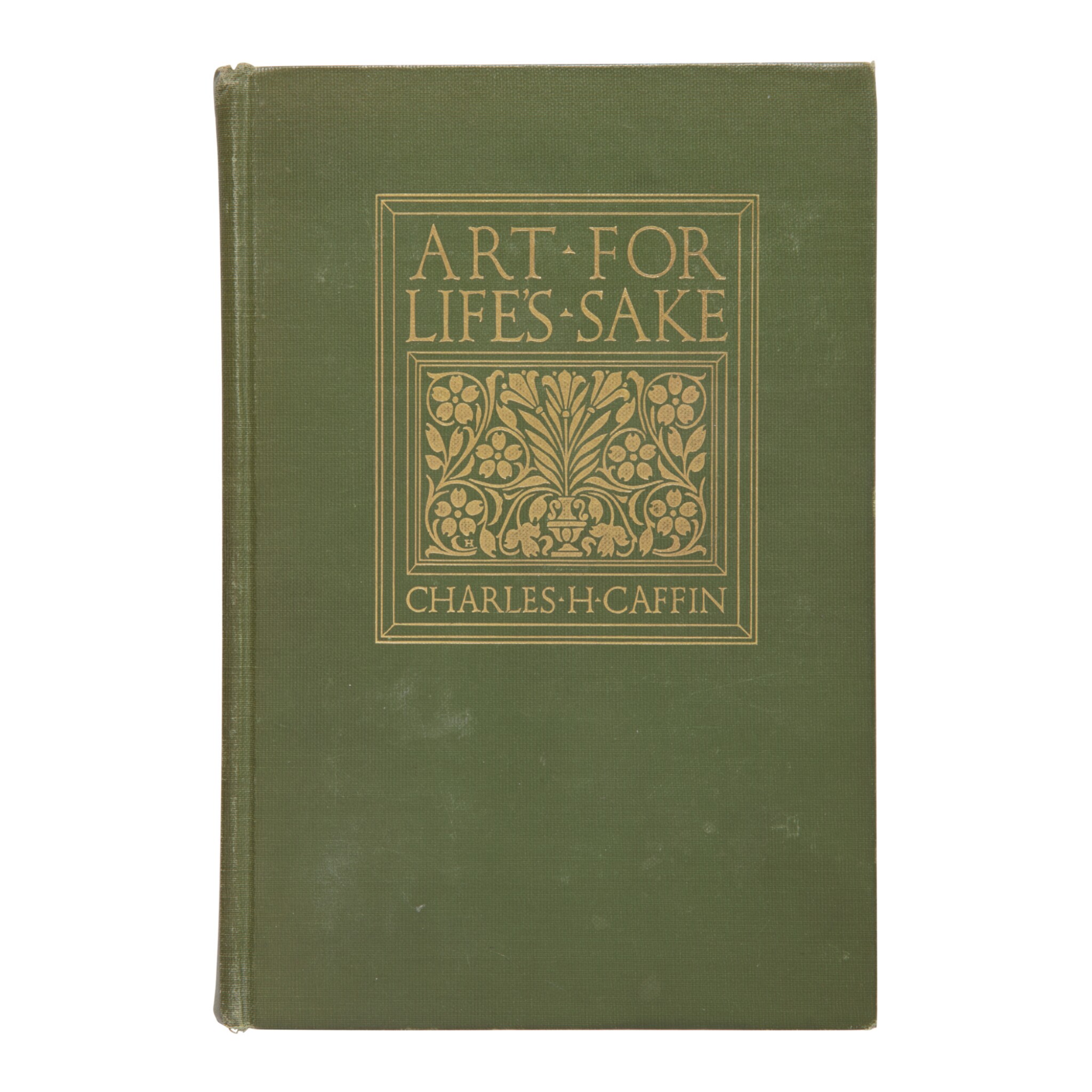 First edition; Georgia O'Keeffe's copy, signed by her during her tenure as a teacher at Amarillo High School, in pencil, on the front free endpaper: "Georgia O'Keeffe | 1108 Fillmore— | Amarillo." On pages 271–272, O'Keeffe has highlighted with marginal pencil marks Caffin's discussion of culture, marking with parentheses Caffin's definition of culture as "knowledge organized for Social ends."

Charles Caffin was a conservative modernist who became identified with Stieglitz's circle when he published Photograph as Fine Art in 1901; his art criticism appeared regularly in Stieglitz's Camera Work. He advocated strongly for the importance of art education in primary and secondary schools and believed, in common with Clive Bell, that modernism was founded on the works of Cézanne. According to Roxana Robinson's Georgia O'Keeffe: A Life (2016), O'Keeffe used as texts at West Texas State Normal College two other works by Caffin, A Guide to Pictures and How to Study Pictures.