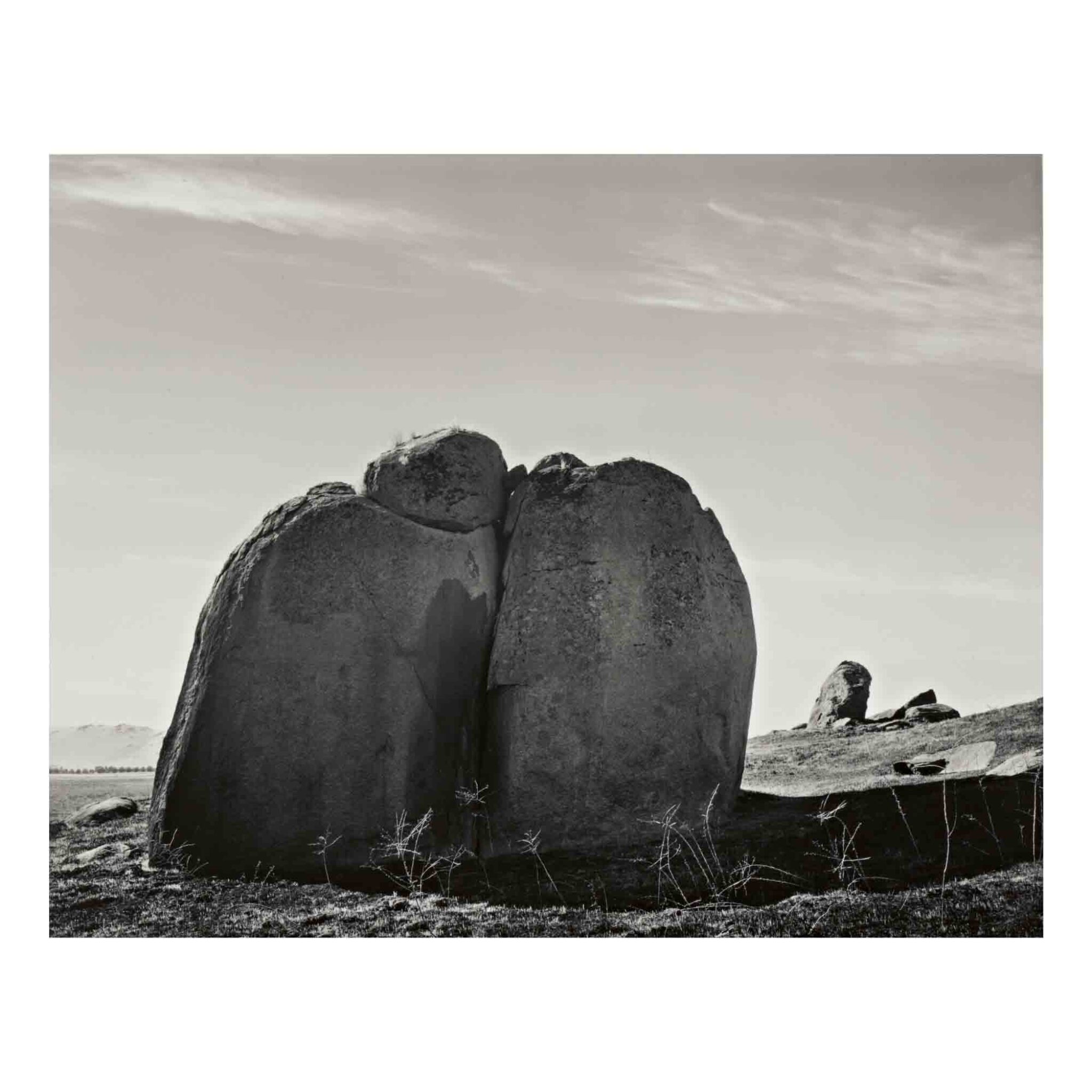 This photograph is in generally excellent condition. When examined closely, original deposits of retouching are visible in the sky. A thin excess of dry mounting tissue is visible at the lower edge. The mount is somewhat yellowed along the edges, not affecting the image.

The following are written in an unidentified hand in pencil on the reverse: '315'; 'Ansel Adams'; and '38 [circled].' '#10' is written in ink. There are adhesive remnants in the upper corners and faint soiling.