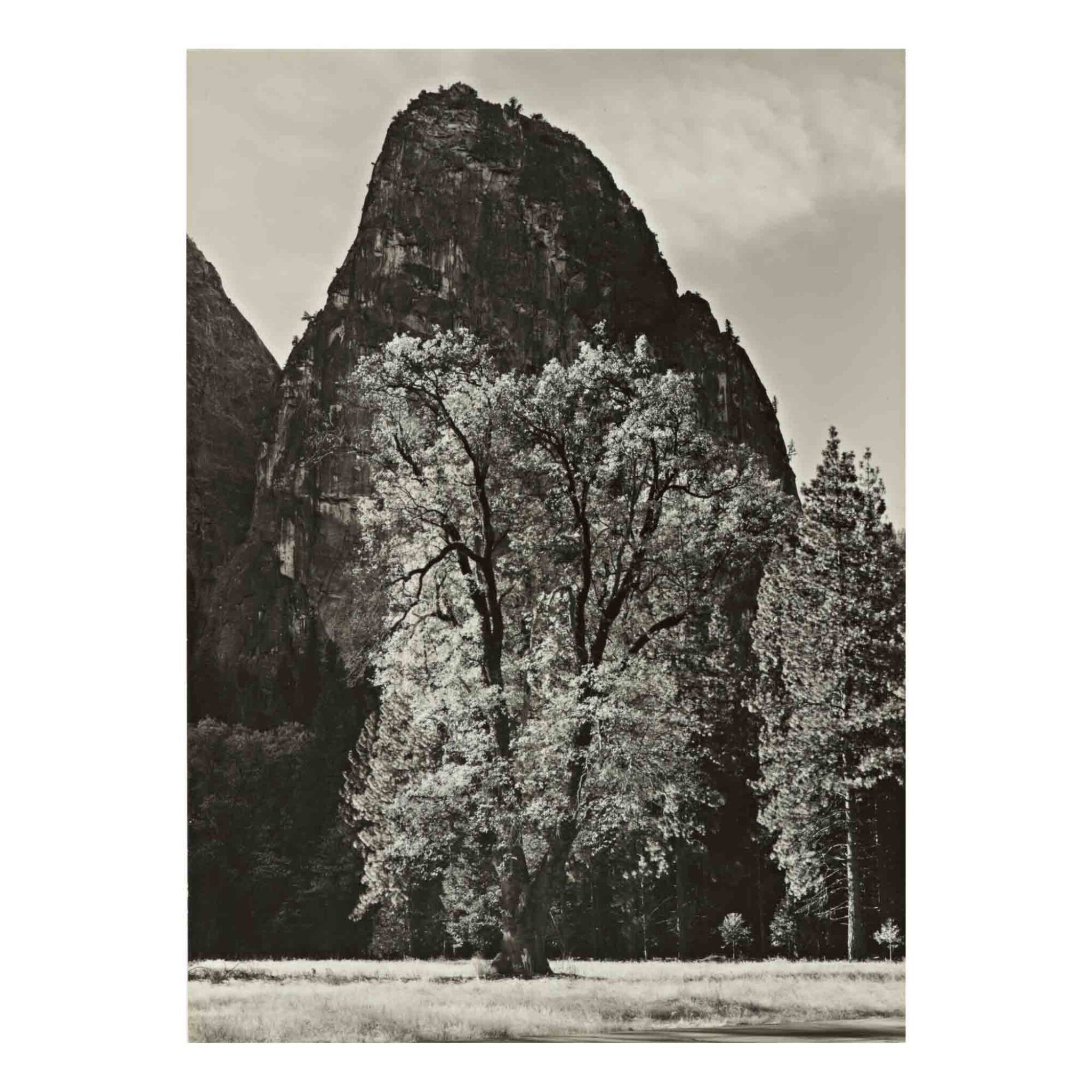 gelatin silver print, the 'Photograph by Ansel Adams' stamp, signed by Virginia Best Adams in pencil, and a Michael and Jeanne Adams collection stamp on the reverse, framed, a San Francisco Museum of Art and The Museum of Modern Art exhibition labels on the reverse, circa 1935; accompanied by a certificate of provenance, signed by Michael and Jeanne Adams (2)

This print, on double-weight paper with a slight surface sheen, is in generally excellent condition. There is some faint silvering along the lower left edge. The print is trimmed to the image and the lower right corner is bumped, with attendant emulsion chipping. There are tiny deposits of original retouching in the upper right quadrant. None of the aforementioned detract from the overall fine appearance of this print.

The following is written in an unidentified hand in pencil on the reverse: 'Ansel Adams' and 'AA/1603.'