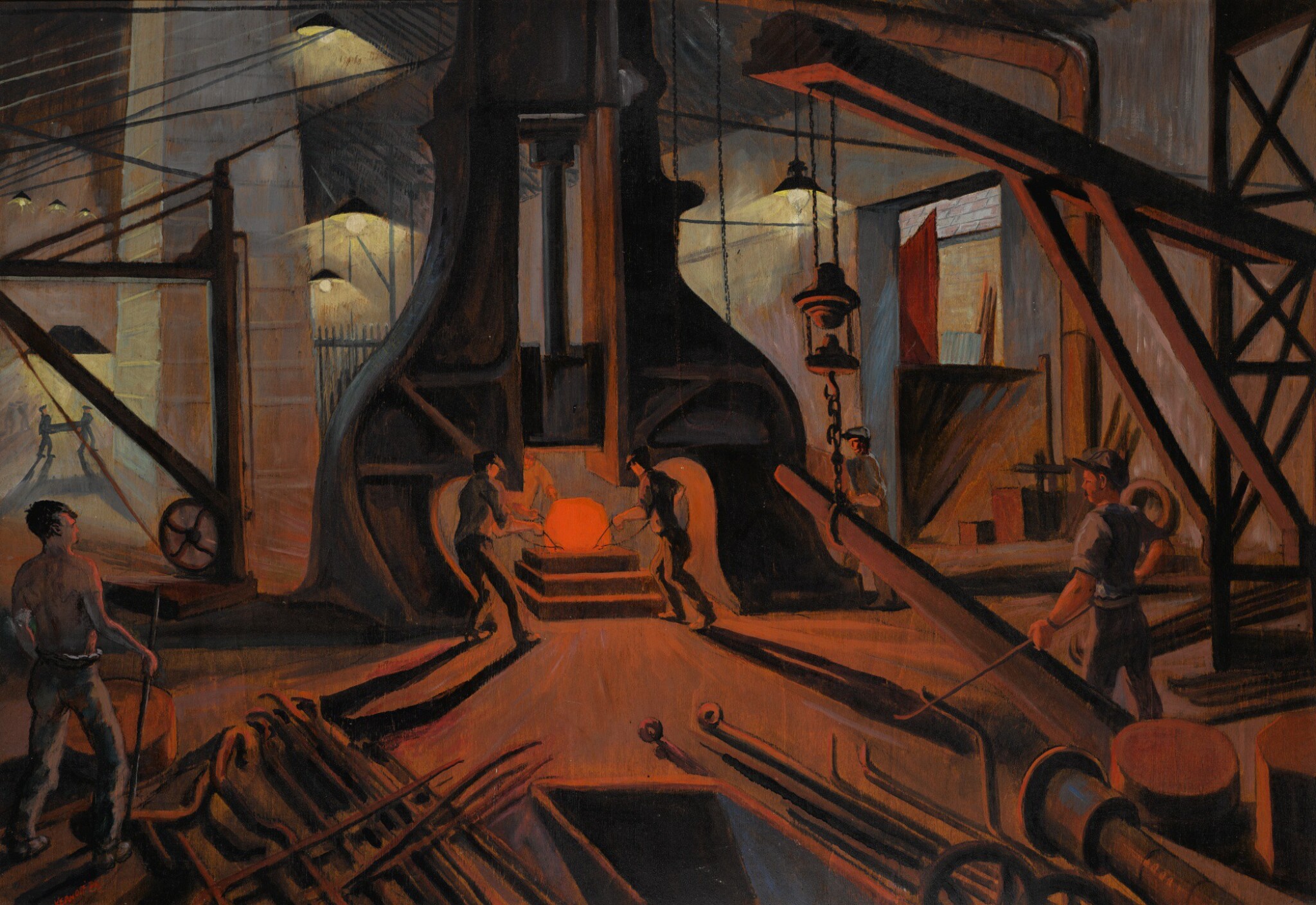 signed and dated l.l.: KERNOFF '34; titled, dated and signed on the reverse

The board bows slightly but appears sound. The work appears in good overall condition.

Ultraviolet light reveals an opaque varnish and their appear to be no signs of retouching.

Held in a wood frame with a linen inset.

Over the course of sixty years living and working in Ireland, Harry Kernoff recorded the country's landscape, cities and people and above all, Dublin and Dubliners. Working in the same studio at Stamer Street for fifty years, he was at the heart of the city, capturing its inhabitants, industries and indiosyncracies through a rich and colourful body of work. Most memorably of all are perhaps those characters in paintings such as In Davy's Parlour Snug (sold Sotheby's, 18 May 2001, lot 220) or David Byrne's Pub, Duke Street (sold Sotheby's, 18 May 2000, lot 173).

In Kernoff's typically stylised manner, the present work captures the heat and action at a steel-works in Inchicore. Reducing the work to subtle variations of tone, he captures the environment superbly. Red-hot molten at the centre of the work casts a glow and long shadows, while above stark electric lights illuminate the space. The interest in structure, emphasised in the strong diagonal, vertical and horizontal forms of the steel and scaffolding, owes something to his work also as a print-maker. Kernoff also executed related works in watercolour such as Inchicore Railway Works and One of the Old Engine Shops.