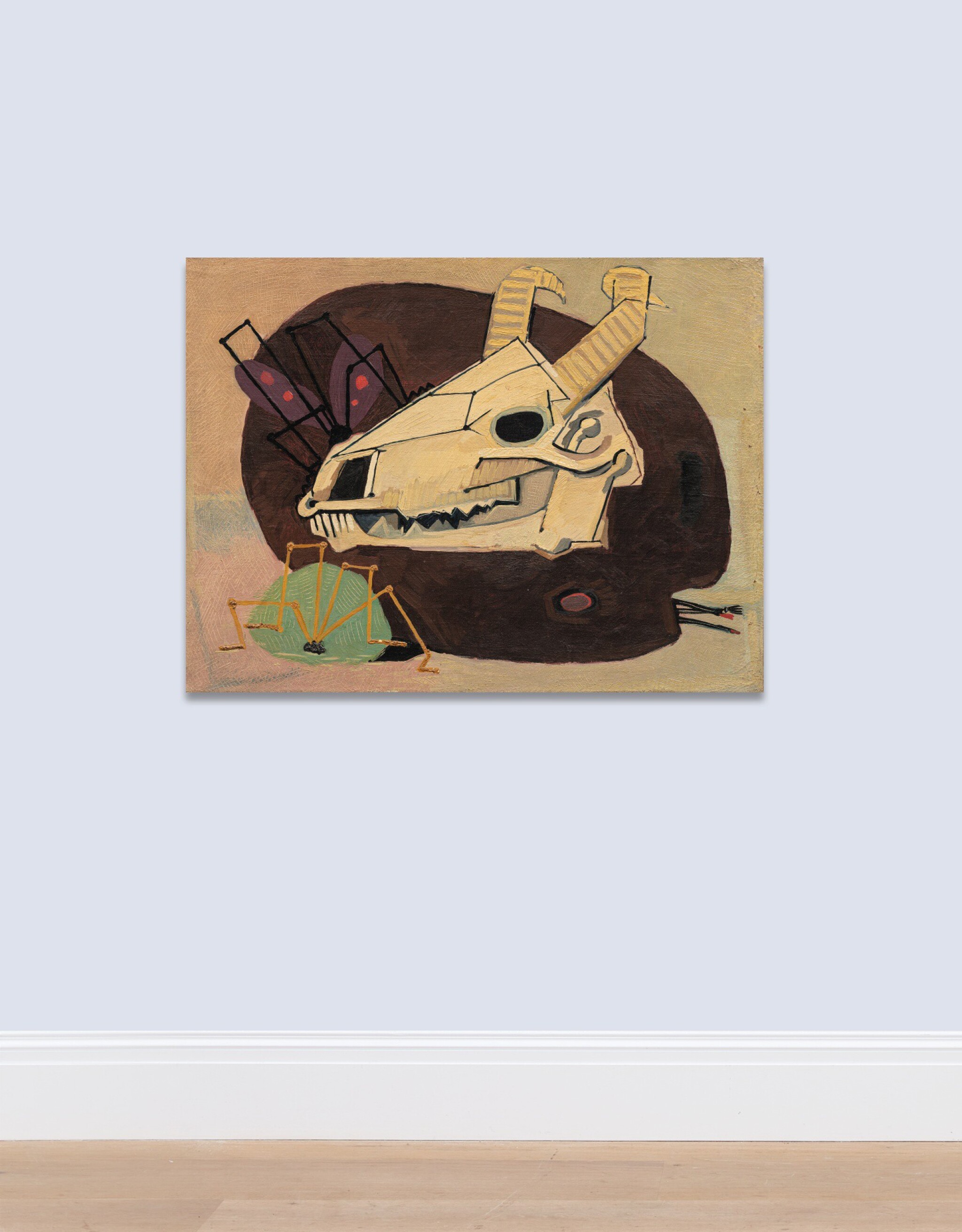 Acquired directly from the above by the present owner in 2014

"To free myself from logic and to arrive at a Self, I have to make use not of the classical but a crazy logic, an ineffable inner logic. It is through this seemingly unreasonable logic that the brilliant and main logic will emerge, whose very foundations are based on imagination. It is through such a window that the self gains power and determination to show its true essence to me."

Mansour Ghandriz was born in 1936 in Tabriz; he grew up in that city and studied art with Esmail Bajlanlu. While still in high school, he was drawn to the progressive realist paintings of Ilya Repin (1844-1930), and the late nineteenth century Russian-Armenian seascape painter Ivan Aivazovsky. Later on he was introduced to European modernism and explored the traditions of Russian realists and European classical and figurative art. Having attended the School of Fine Arts and the Kamal-ol Mulk art society in Tehran after moving there in 1954, he found himself as part of the group of artists practicing in what has now become known as the style of the Saqqakhaneh School. He was pivotal in establishing the Talar-e Iran in 1964, an important venue for the growing group of Iranian modernist artists, and he collaborated and interacted with the best known artists of that era. He participated in the 3rd and 4th Tehran Biennials and progressed from incorporating figurative techniques of old masters to his own unique brand of figurative abstraction. During this time he was also deeply influenced by Matisse, Picasso, and Persian miniatures. After his untimely death in 1966, the Talar-e Iran was re-named after him, marking his important role in the growth of the artistic scene of the time. Ghandriz was undoubtedly considered a key figure amongst the creative talents at a time where increasingly artists were referring to their heritage and traditional or folkloric themes and motifs. Prior to his death, he had already turned to executing a unique, iconic semi-abstracted personal style, combining mystical symbols intertwined with traditional and modern elements.

In this beautiful, rare work dating from Ghandriz's early period while he was training at the School of Fine Arts, we see the clear influence of Picasso and the artist's inclination towards experimentation with the skull of a bull. This early period was possibly one where he was at his purest as an artist, striving to find the 'Self' of which he speaks, and coming away from the shackles of his immediate constraints but still remaining within the realm of the realism. Having always considered himself a figurative artist - despite his masterly abstracts - his still lifes and figurative works remain some of his finest. In his own words, "I have faith first in the quest and then in my own human vision, and it is for this reason that I have made painting my torch...If my work is similar to me and filled with my own scent, it will tell of those needs that flow through my Self, this time with borrowed appearances that not even I can identify at times...I am capable of outlining a prayer with forms and colors. Had I been a poet I would've done it through words. Had I been a musician I would have done it with cadences. It is like this that I walk and tread my path to find real peace and it is for this reason that I paint."

Despite his short life, Ghandriz has come to occupy a prominent place amongst Iranian modernists. His works were shown at the 5th Tehran Biennial, at Columbia University's Modern Painting of Iran show in 1968, in Paris in 1973, at Basel in 1976, at TMOCA's Retrospective of Saqqakhaneh Movement in 2003, and at a variety of other group shows.