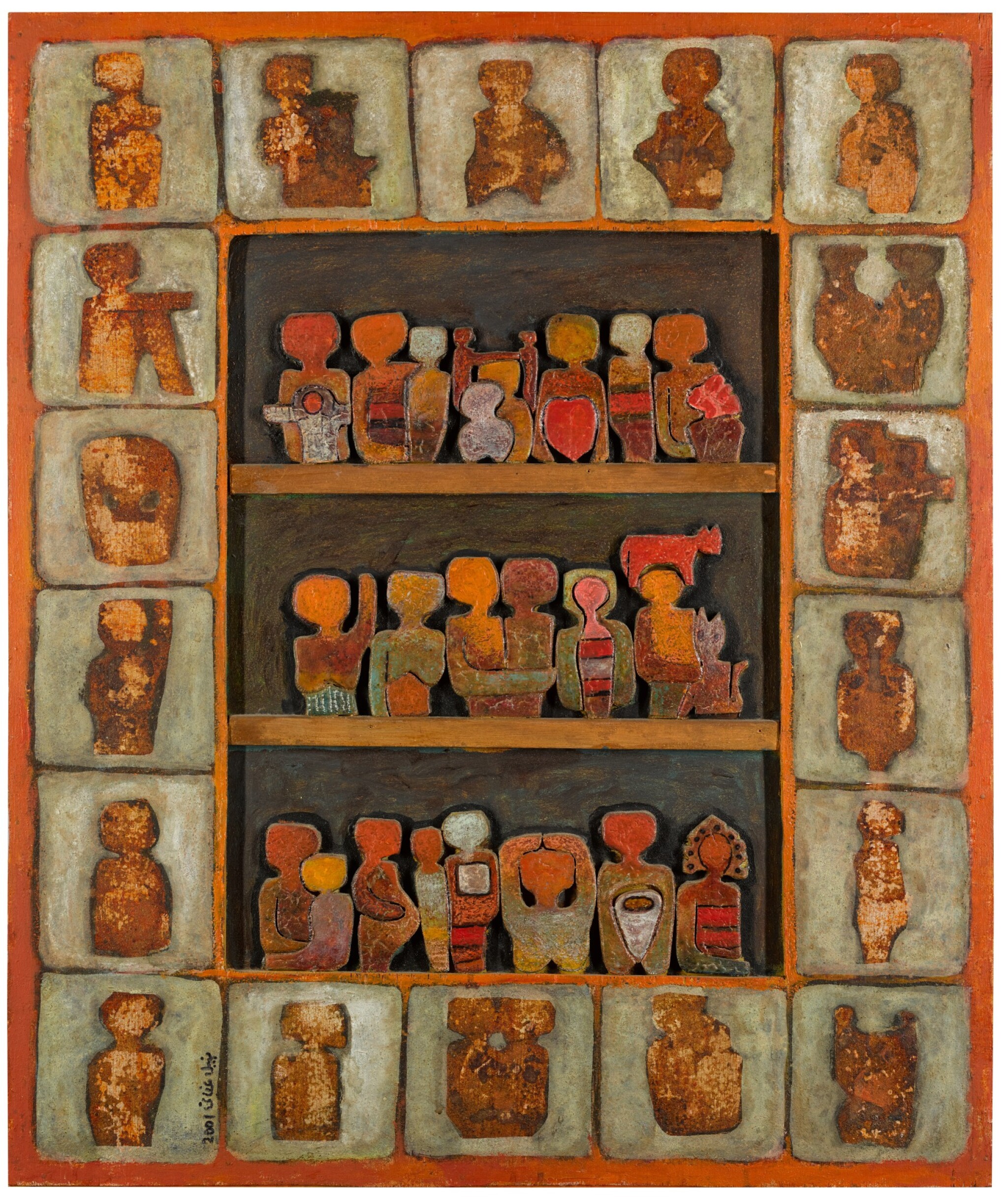 signed in Arabic and dated 2001

This work is in very good condition. Any surface irregularities are inherent to the work. There is a thin film of dust throughout the piece. There are no signs of restoration under UV light.

Nabil Anani is a key figure in the Palestinian contemporary art movement. His oeuvre is distinguished by his use of local media such as leather, henna, natural dyes, wood, copper and various other materials. He is indeed revolutionary, but unlike his peers, this is not necessarily through the subject matter and themes he has chosen to portray. He is revolutionary in his intentional use of medium; it is a subtle rebellion and his act of solidarity with his homeland.

His earlier works from the 1970s to the mid-1980s were perhaps painted from a less reactionary perspective. Their intention was largely, to be celebratory of a collective Palestinian memory: inspired by shared history and visual culture – an homage to national identity and connectedness to land. He did this through the revival of traditional arts and a folkloric style. It was in the late 1980s, after the first Intifada that the political undertones in his work became more evident. This can be seen in his more experimental style, and his commitment to only use materials locally found rather than imported.

This work dated 2001 is one such example. While Anani mostly used local leather, this piece is done on wood. The shapes, while abstract, are meant to portray Palestinian women – their different forms are an homage to the depth and centrality of women; importantly their role in preserving a sense of family and unity in otherwise tenuous circumstances. Symbols of women border the piece, protecting the inner core: the grouping of shapes, alluding to the family unit and community.

This poignant narrative brings out figurative shapes in what may seem like an abstract rendering, and it is indeed a formidable work by Nabil Anani.