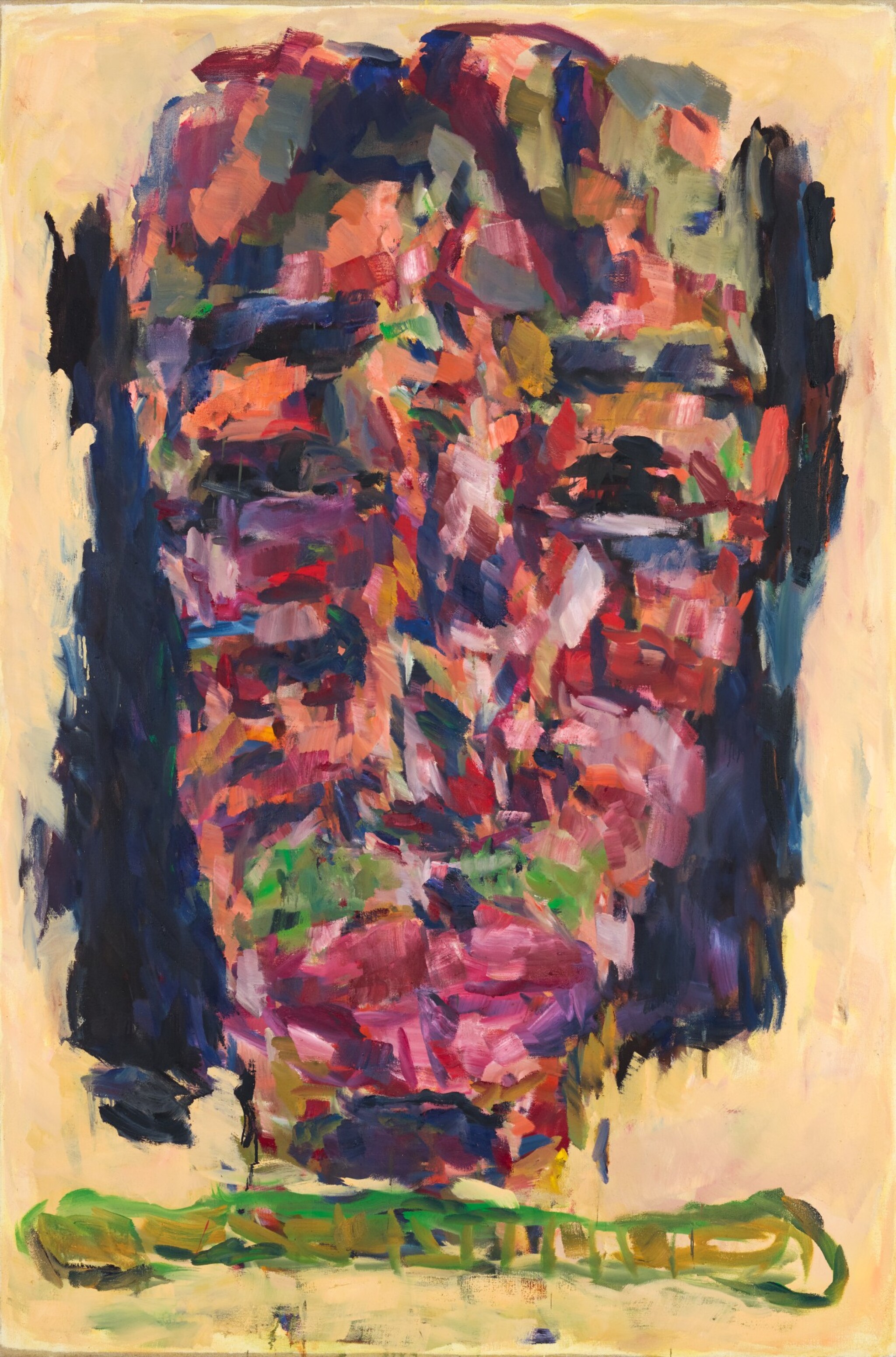 signed and dated April + Mai '08 on the reverse

This work is in very good condition. closer inspection reveals some very faint and minor craquelure to the centre right, centre left, and lower centre and lower right.

The canvas is sound and well stretched. No restoration is apparent when examined under ultraviolet light.

Acquired directly from the above by the present owner

Marwan painted faces, but his faces are landscapes upon which the stories, experiences and influences of his life come together – his sensuous childhood memories from Syria, burdened with the weight of German history but coloured by the uplifting musicality of a French Impressionist palette.

Marwan was born in Damascus but his aesthetic capabilities took shape after his artistic schooling in Berlin and a formative scholarship at La Cité internationale des Arts, Paris in 1973. While his gestural paintwork and visual output clearly came as a result of his training and influences in the West (largely in Berlin where he later taught and spent the majority of his life), the poetic language that emanates from his canvases bear the traces of his earlier study of Arabic literature at the University of Damascus (between 1955-57). It was not necessarily the case that his work visibly drew on Arabic stylistic influences or traditions, however the essence and lifeforce of his oeuvre was born from a psyche still connected to the Orient - his visual memory and Sufi poetics.

A friend and poet, Adonis described Marwan’s painting as succeeding in “finding poetic language in human disquiet and suffering" as Marwan himself has said similarly: “…I think utterly existentially…a painting is like a wound.” (Khan-Assad-Basha, Ed., Marwan Damascus – Berlin – Damascus, Damascus 2005, p. 26.)

There is a self-proclaimed and widely recognized metaphysical dimension to his works that comes through in the knots of colour, the movement in paint that his brushwork creates and the abstraction of his faces – the central and constant theme of his oeuvre. The ambivalence and duality of his painting, particularly his later Kopf series, are perhaps the clearest example: we move between masculine and feminine, between figuration and near abstraction – do we chose to see the impressions of German Expressionism (within which arguably, Marwan played an important formative role) or do we understand his canvases through the stylistic influence of the Post-Impressionists? The decisions we make are perhaps not as important as the questions his paintings raise for us. What remains is that this is an artist who followed a personal search for a new kind of figurative painting, and this work is a clear embodiment of Marwan’s visual language. The movement towards a unique style is evident if we look at his portraits from the late 1960s and early 1970s. The influences of George Baselitz, a friend and contemporary, here, are notable. The aesthetic evolution seen in his portraits from the 1990s, however, are a true conflation of cultural and stylistic worlds.

Marwan has exhibited in and been part of numerous international exhibitions and institutions such as London’s Tate Modern, British Museum and Sharjah’s Barjeel Foundation. After his passing, his indelible mark on global art came to fruition once again with the inclusion of his work in the 57th Venice Biennial in 2017.