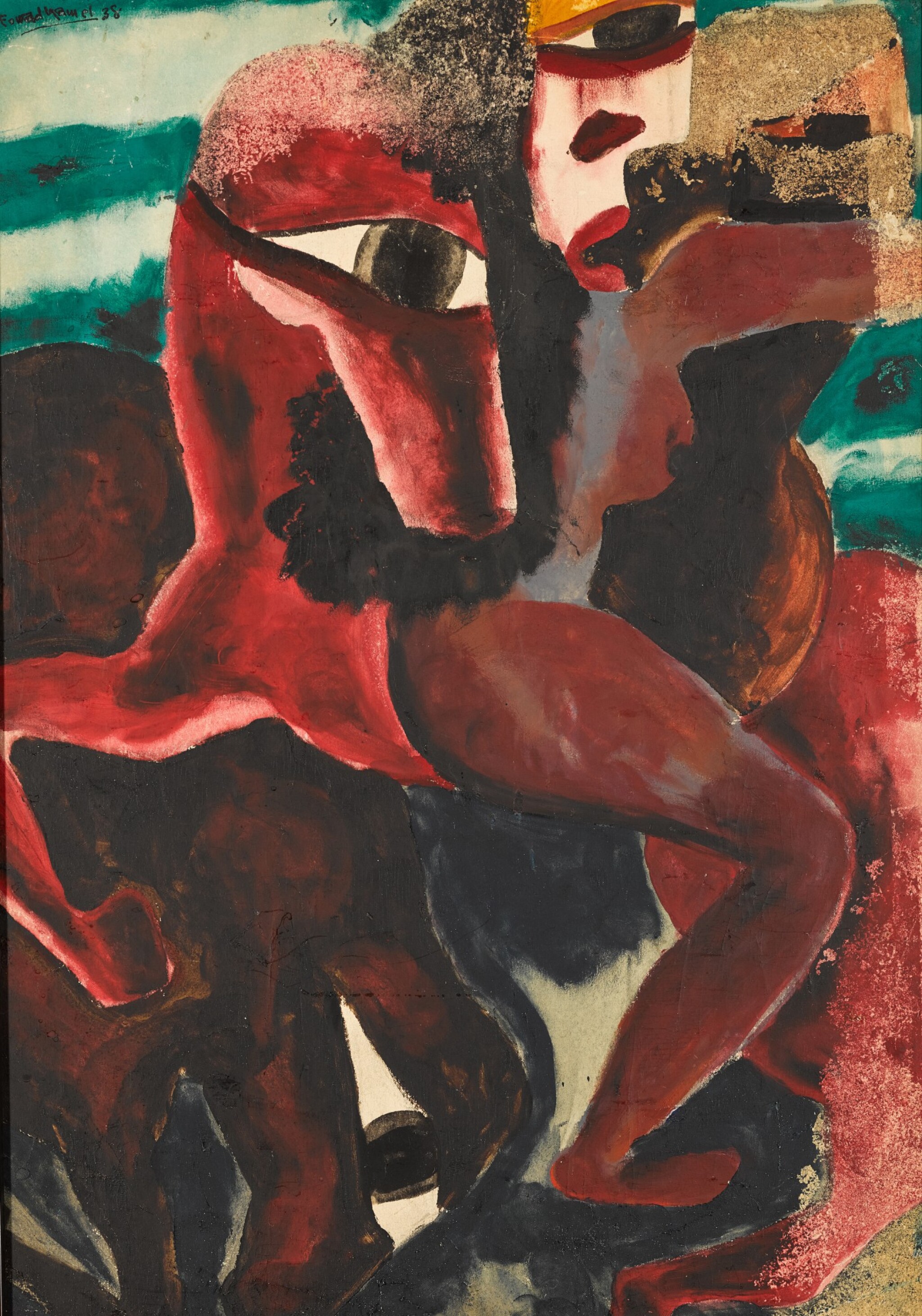 UNTITLED (WOMAN WITH A HORSE)

This work is in good condition. Minor crack noticeable amid the centre red area of the work. On close inspection there is also minor craquelure noticeable on the top right of the work.

Ursula Schernig’s passion for the arts started from her days at university and has remained an essential part of her life ever since. After finishing her studies at the University of History of Arts in Erlangen, Germany, Mrs. Schernig worked in the educational field for some years. She began her career in the arts as early as 1971, where she curated numerous exhibitions in The Netherlands. This experience in curating demonstrated her potential in the art world which subsequently led to the launch of her first gallery in 1978 under the name of Kunstgalerie am Ronhof in Fürth.

With the support of her husband, Mr. Gerhard Schernig, the couple relocated to Cairo in 1981 to embrace the ever-growing and rich cultural scene that this city had to offer. The couples’ affiliation with the arts continued in their new location as Mr. Schernig began teaching music at the city’s Deutsche Evangelische Oberschule, as well as supporting Mrs. Schernig’s newest establishment of the Hassan Ragab Gallery for Modern Egyptian Art. Imbuing the local scene and aura, the gallery was situated in a houseboat on the River Nile.

During her years at the gallery, Mrs. Schernig exhibited works from established and institutional Egyptian artists such as: Abdel Hadi El Gazzar, Hamed Nada and Kamel Khalifa, as well as launching the careers of young and aspiring artists of the time including Anna Boghigian. Profoundly passionate and involved in the Egyptian art scene, she started working with many local artists from the rural areas. She supported them through solo and group exhibitions at the Gallery; Sheikh Ramandan Abu Suelem, Hassan el Shark and Sayed Amin Fayed were among the artists she promoted. Throughout her days in Cairo, Mrs. Schernig, alongside her husband, began collecting many of the artists she represented and became close to, in an effort to preserve and support the local arts scene. This passion of collecting is reflected in this group where the avant-garde themes meet traditional Egyptian subjects. The works presented in this section were all collected between 1985 and 1990 when the gallery was most active, the majority acquired directly from the artists or their estates. The Schernig family stayed in Egypt until 1989.