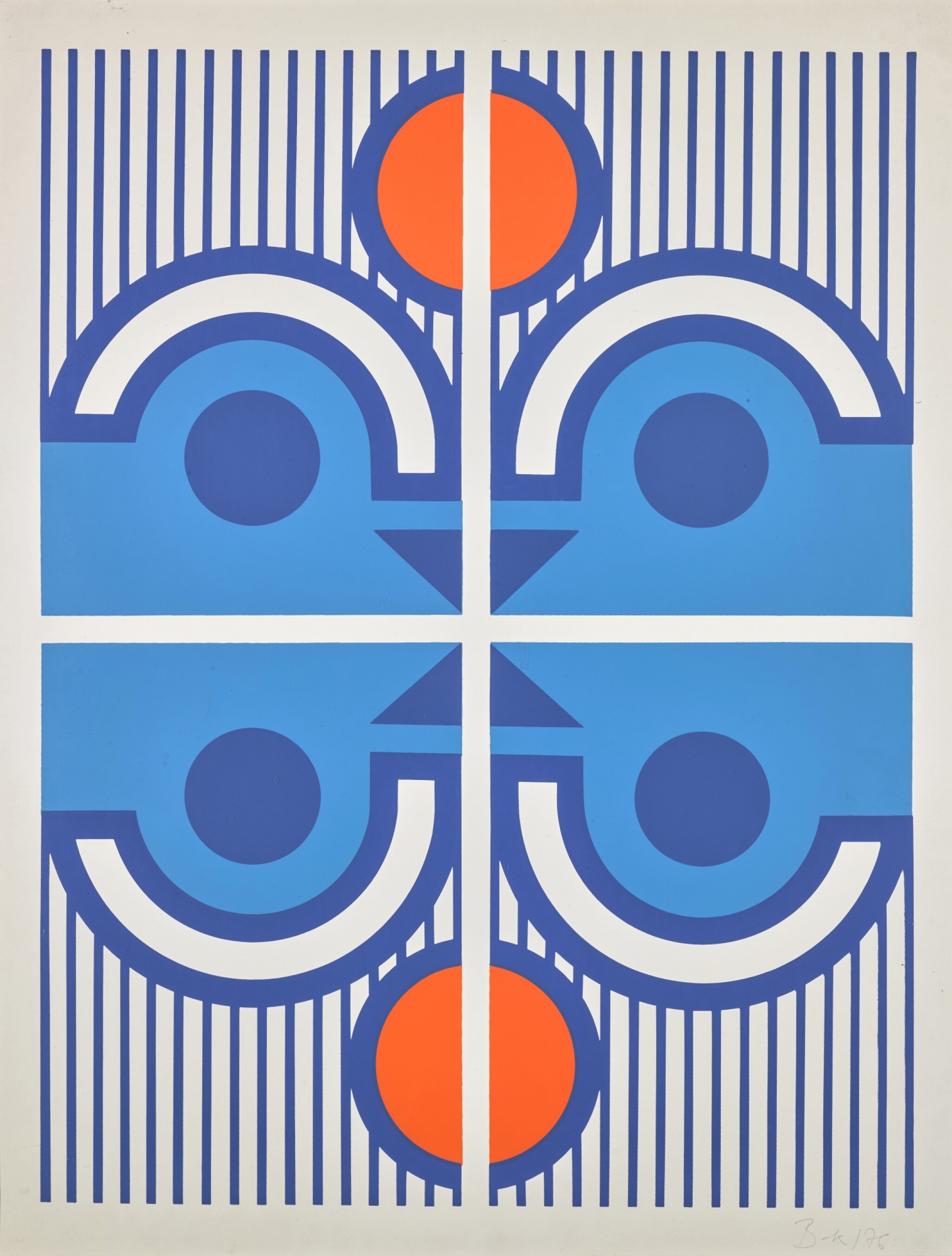 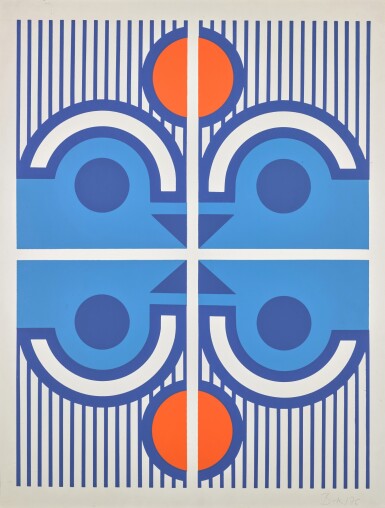 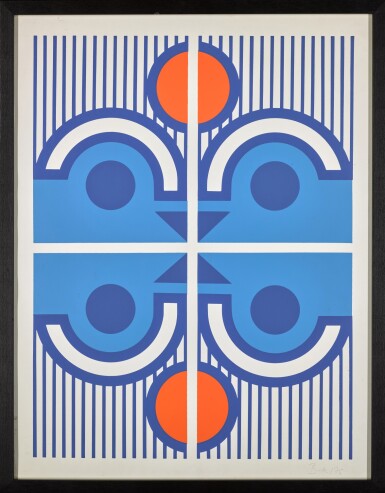 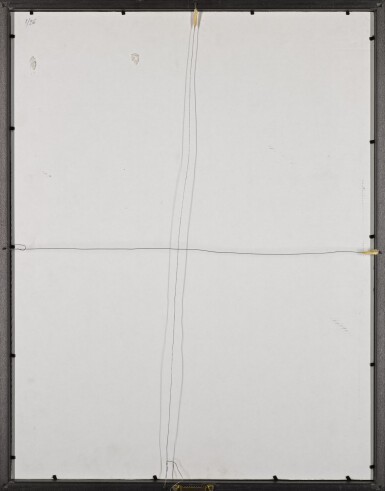 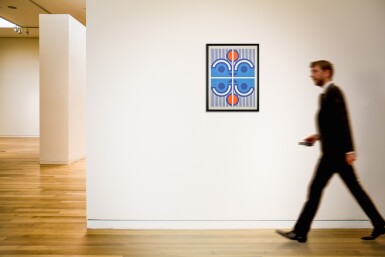 The artist's sheet is loose. There are some light brown stains in the lower left corner along with some minor creases.There is a circa 1/5 cm tear in the centre of the lower framing edge. Colours are strong and vibrant. This work is ready to hang. Presented glazed and framed.

Imre Bak is part of a group of Hungarian contemporary artists from the 1960s for whom films from the French Institute showing works by Monet, Matisse and Derain, and then a Skira book on Braque, proved veritable ‘eye-openers’ to a new world of colour and form. Departing from the drab browns and greys of Hungarian realism and historicism of 19th century painters such as Munkacsy or Benczur, Bak was strongly inspired by the vivid palette of Impressionism and the forms of Cubism in his formative years.

In 1962 Bak travelled to Moscow and St Petersburg, where he saw for the first time at first hand works by Matisse, Picasso, Leger and Kandinsky. Trips to Poland and Germany followed, and Bak became increasingly attracted to geometrical abstract, hard edge painting. Inspired by the German concretists, the signal artists and American and British representatives of geometrical abstraction and pop art, Bak focused on non-figurative painting, exploring both strong, pure colour and strictly structured, sharp forms and lines in his works.  By fusing the universal symbolism of European and Central American cultures with some of the lessons he drew from conceptual art, Imre Bak fashioned a unique form of emblematic representation in his works from the 1970s.