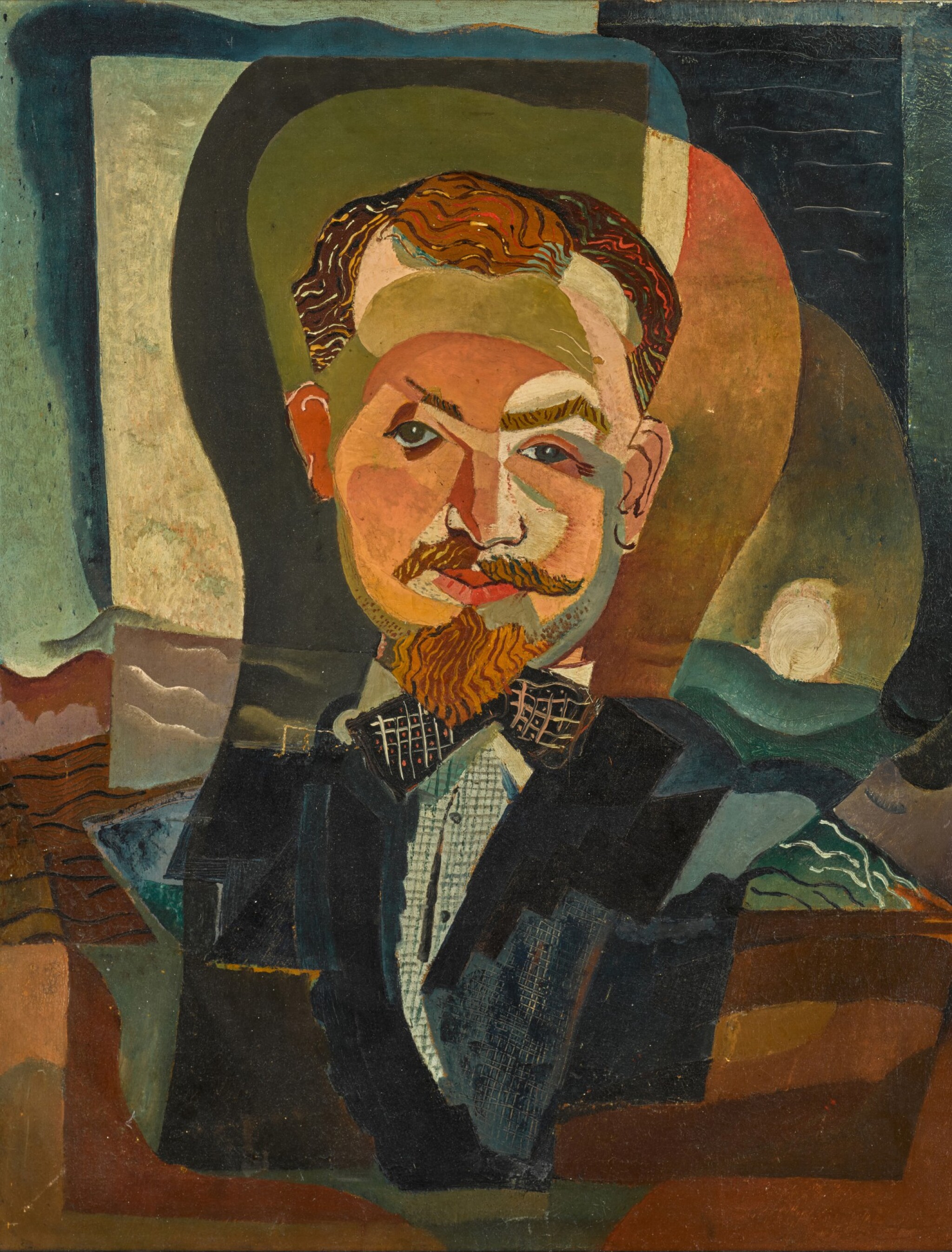 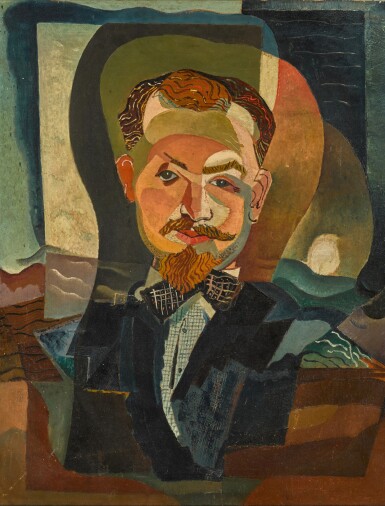 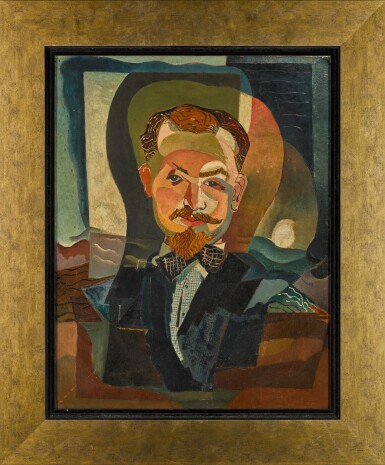 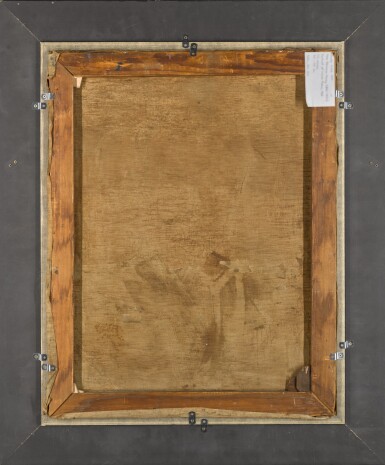 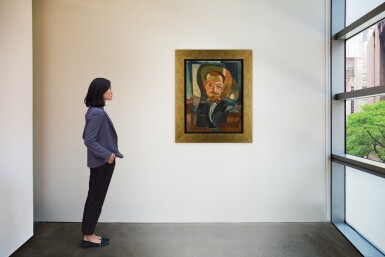 The artist's fine canvas has not been lined. Three small patches are visible on the reverse, all in the lower half of the composition. There are some scattered surface abrasions (notably near the centre of the lower edge, in a horizontal area near his right shoulder, patched on the reverse). There is a spot of paint flaking in the man's left temple and one in his right eyebrown, some spots of flaking towards the top of the right framing edge, and some other small spots visible on closer inspection.

Under ultra-violet light the varnish fluoresces evenly and quite opaquely; the main visible retouching appears to be a circa 1 by 5cm restoration in the lower-right of the composition (patched on the reverse), with some other small spots.

Max Hermann Maxy was a Romanian painter, teacher, and set designer. Between 1913 and 1916 he studied and the School of Fine Art in Bucharest. During the First World War, he was mobilised and sent to the front, an experience that had a significant and lasting impact on his painting.

In 1918 he participated in a group exhibition with Iosif Ross and Iosif Steurer, featuring war scenes. In 1920 he held his first personal exhibition in Bucharest, also featuring paintings portraying his experiences from the front.

In 1922-1923 Maxy studied in Berlin and became a member of the November Group, a cultural organisation with Socialist leanings that promoted expressionist aspirations. In Berlin, he participated in exhibitions at Der Sturm Galleries, alongside Paul Klee and Louis Marcoussis.

Back in Bucharest in 1924, Maxy participated in the International Exhibition Contimporanul group. With the basis of Bauhaus in mind, Maxy established the Academy of Modern and Decorative Art. Maxy also founded Integral, an avant-garde review publication.

In 1926, Maxy spent time in Paris working on costumes and set designs for several productions. In 1929 he was awarded a gold medal at the International Exhibition in Barcelona. In the 1930s he took part in further exhibitions: with the Contimporanul and Criterion groups in Bucharest, and at the Rome Exhibition of the Group of Modern Art.

In the post-war years, Max Hermann Maxy achieved success and wide recognition in Romania, he was appointed director of the Art Museum of Romania and professor at the Nicolae Grigorescu Institute of Arts in Bucharest. He was also awarded the title of artist emeritus and many more awards in the following years by the Communist authorities. His works have been included in exhibitions of Romanian Art in Bucharest, Prague, Moscow, Berlin, Warsaw, Budapest, Sofia, Belgrade, Athens, Cairo, Damascus, and Istanbul.