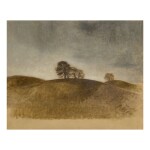 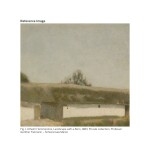 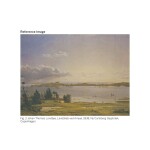 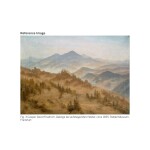 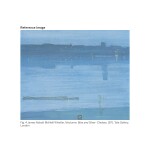 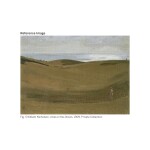 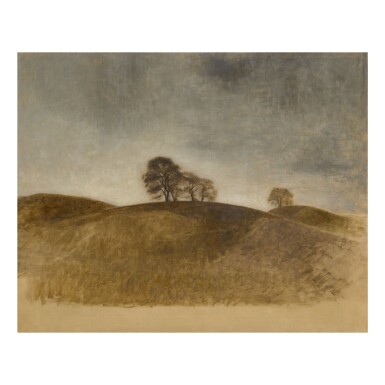 The following condition report was kindly provided by Simon Parkes Art Conservation, Inc.: This work was examined in its frame. This work is restored and should be hung in its current condition. The canvas seems to be lightly lined with a non-wax adhesive. The lining is attractive, and the surface is stable. The paint layer is clean, retouched and varnished. There are hardly any retouches in the trees and hillside. There are a few small isolated retouches in the unpainted area across the bottom edge, with a slight concentration in the lower left and lower right. In the sky, the center and right side are in very good condition, with only a few tiny dots in the upper and lower right and in the lower sky between the two groups of trees. There are a few isolated restorations on the left side, along with a vertical restoration measuring 1 inch by a quarter of an inch, which may address small paint loss or possibly a small break in the canvas.

Greta and Peter Olufsen, Copenhagen (by descent from the above by 1981)

Like his contemporaries in Paris and London at the turn of the twentieth century, Vilhelm Hammershøi wrestled with the increasingly urban lifestyle of Copenhagen. While his iconic interiors expressed the solitude of the urban environment, Hammershøi also sought peace in the countryside outside the city limits. In 1904, he painted Dunkebakke. Frederiksværk (Rolling Hills, Frederiksværk). This spare yet melodic landscape employs the same sophisticated style of his interiors – a neutral palette, careful manipulation of scale and subtle gradation of tone – to achieve a sense of seclusion and introspection in the greater world, concepts central to turn of the century Symbolism, of which Hammershøi is now regarded as a leading exponent.

Hammershøi painted landscapes from early in his career, as evidenced by Landscape with a Barn of 1883 which, like his later interiors, is devoid of human life, yet filled with a quiet stillness and a relative lack of context (Private collection, Professor Günther Fielmann – Schierensee Manor, fig. 1). The inspiration for these panoramic landscapes may have been Johan Thomas Lundbye, who depicted the Zealand landscape in the 1830s and 1840s, aiming, as Kasper Monrad comments, “to capture the national distinctiveness of the Danish landscape” (Kasper Monrad, Hammershøi in Europe, p. 122, fig. 2). Hammershøi owned a work by Lundbye, and his first instructors, Vilhelm Kuhn and Frederik Rohde, were landscape painters in the traditional sense.

Hammershøi had spent the summer of 1904 in Arresødal, near Frederiksværk, a mid-eighteenth century town built around a canon foundry, 50 kilometers northwest of Copenhagen on Kattegat Bay. Having lived at Strandgade 30, the Copenhagen apartment that was the subject of his most iconic and commercially popular interiors, for five years, the artist looked to engage with nature. Dunkebakke. Frederiksværk depicts the gently rolling hills near the small town, unpopulated by humans, and with a high horizon line that conveys both the distance and the proximity of the stand of trees at center. The neutral palette, focused on subtle gradations of green, blue and brown, borders on the abstract and highlights the silence and stillness of the scene. The gentle play of light makes it difficult to determine if the viewer is witnessing the early rays of dawn or the last light of the day.

The construction of the composition is deceptively complex, with careful attention paid to the luminous halos around the curves of the hills and the trees. An 1896 letter from the artist’s brother Svend to Anna Hammershøi detailed how Vilhelm would often start a landscape composition en plein air, often in pencil. The spare simplicity of this composition might have been drafted in such a manner. While commenting on his urban landscapes, Monrad states the following, which equally applies to his landscapes: “[Hammershøi] worked with the same strict symmetry as the German Romantic Painter Casper David Friedrich did in his visionary representations of Gothic cathedrals, but in a complete inversion: the German Romantic concentrates all attention on a central, symbolically charged building, whereas the Dane has made the space between the buildings the center of the picture” (Hammershøi in Europe, p. 108; fig. 3).

Hammershøi’s landscapes were not solely inspired by the past; he drew motivation and ideas from the works of his French, and especially British, contemporaries. Shortly after completing Dunkebakke. Frederiksværk, in September of 1904, Hammershøi travelled to London. Scholars have associated his landscapes with the cityscapes of James Abbott McNeill Whistler, whose Nocturnes depicted Victorian London (fig. 4). Hammershøi distilled the elements of Whistler‘s cityscapes into a rural setting by placing the trees in silhouette against the late evening sky, slightly blurring their appearance as in a twilight haze, and highlighting them even more so against a radiant backdrop. While in London, it is possible that William Nicholson and Hammershøi became acquainted with each other’s works. Nicholson’s landscapes of the South Downs in England, where he often stayed in the years after 1909, share with Hammershøi an understanding of space, light, and the gentle curve of the landscape (fig. 5).

As Hammershøi scholar Poul Vad comments of the artist’s landscapes, “These pictures are intensely Danish. Each one is a penetratingly seen portrait of a typical Danish landscape, of typical Danish light and weather, strikingly similar to the traditional pictorial conception of the landscape back in time, by way of [Peter Vilhelm Carl] Khyn, to, as mentioned, Lundbye and [Christen] Købke. But the strangely cleansed quality in the pictures, what we have here called sublimation, which gives them an indefinable suggestion of abstraction - The distance, the coolness, the emptiness in which everything appears with extreme distinctness and requires a degree of existence that almost hurts - makes it simultaneously alien, and not only in a Danish context. Although they are rooted in European artistic tradition and particularly in its classical line, these pictures cool mysticism seems almost non-European. The intercom they radiate manifest the spiritual serenity in a human being whose identity is not marked by European Faustian striving and perpetual fragmentation among competing stimuli” (P. Vad, 1992, p. 261-62).

Hammershøi’s rare landscapes, such as Dunkebakke. Frederiksværk, highlight his introspective fascination with color, space and light, transposed in the current scene from the enclosed confines of his city apartment into the Danish countryside.