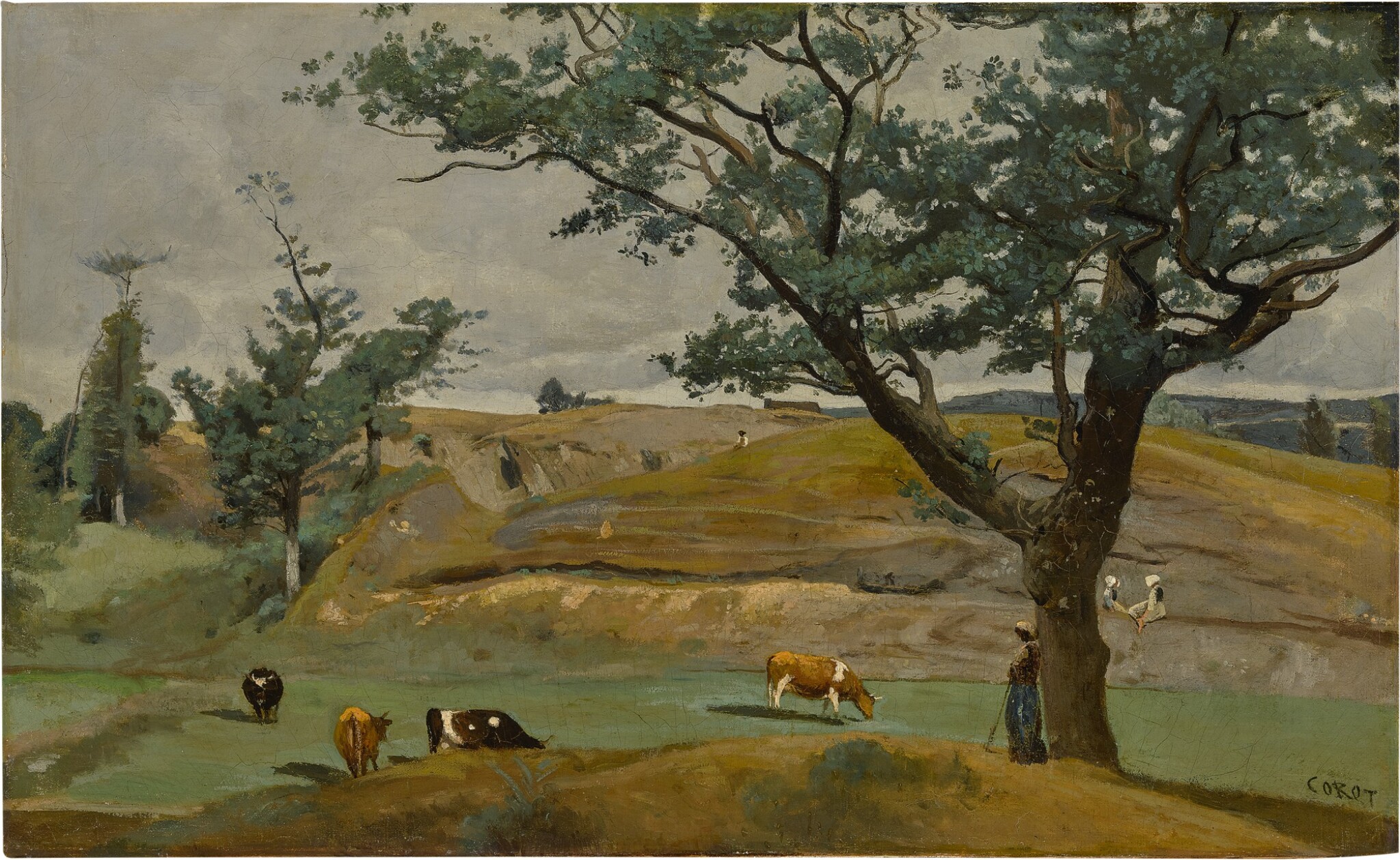 This work has not recently been restored. The canvas is lined. There is a diagonal wave in the canvas in the upper left corner and another in the lower right. In the landscape and largest tree, the only retouches are on the center of the top edge. In the center of the sky, there are retouches to some cracking and possibly small losses, which have slightly discolored.

Jean-Baptiste-Camille Corot’s biographers, Étienne Moreau-Nélaton and Alfred Robaut, write very little about his paintings from the early 1830s. After Corot returned from his first Italian trip in 1828, he spent the next few years traveling extensively in the French countryside before returning to northern Italy in May 1834. His French tour took him to previously familiar sites, such as Ville d’Avray and the Forest of Fontainebleau, as well as new regions in Burgundy, the Auvergne and the Normandy coast, including the village of Saint-Lô, the setting of the present work painted circa 1835-40. Dotted with Romanesque churches and rustic farmsteads, the varied landscapes of these regions provided Corot with new inspiration and allowed him to pursue the plein air techniques and innovations he had learned in Italy.

While most of Corot’s views of Saint-Lô from this period are small compositions, the present work is a bold panoramic view on a relatively large scale. Here, light saturates the countryside, illuminating the grazing cows casting dark shadows against gentling rolling ground. The deep greens of the trees and shifting golden hues of the fields create a sensory effect of welcome cool shade in the bright heat of summer. Small figures populate the landscape, including two girls sitting atop an earthen wall and a fieldworker in the distance, a barely perceptible form as he merges with the landscape.

Corot’s view of Saint-Lô provides a unique glimpse of the pastoral French countryside that 100 years later would become one of the most important battle sites of the Invasion of Normandy during World War II.