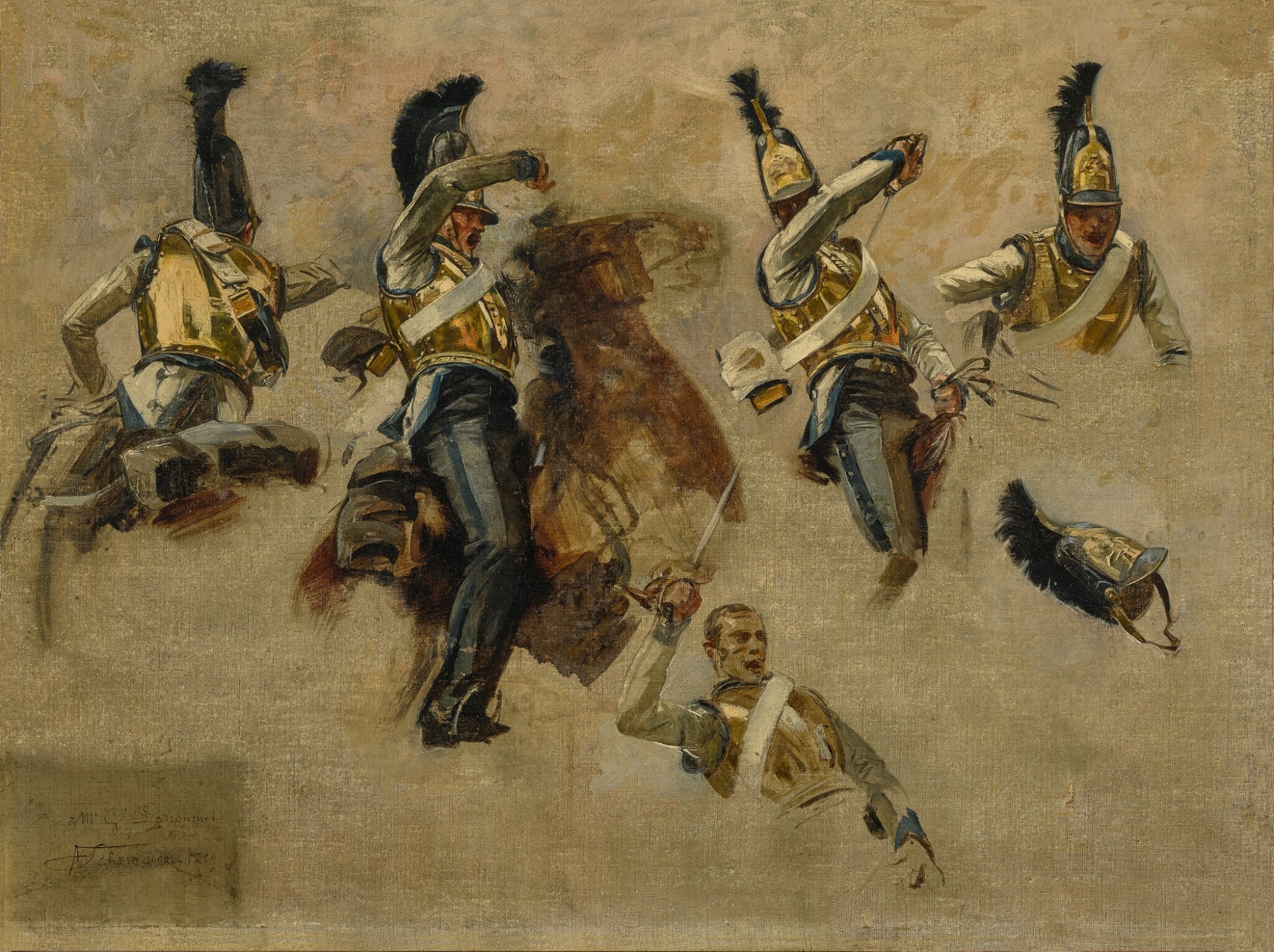 STUDIES OF A RUSSIAN SOLDIER IN COMBAT DURING THE NAPOLEONIC WAR

Gustave Larroumet (1852-1903), to whom the present work is inscribed, was a French historian and polymath. After attempting careers in the military and medical fields, Larroumet found himself as a substitute professor at the Lycée de Vendôme, Paris. By 1884, he was a professor at the Sorbonne, where he taught until his death in 1903. He was awarded the Légion d'honneur et des palmes académiques and published extensively on diverse subjects, including Napoleon, which may be why François Schommer dedicated this animated study to Larroumet.

The soldier depicted is a stylized Russian Army Cuirassier from circa 1812-1814. The artist has taken liberties, changing the color of the collars and the cuirasse, which should be black. This change in color may be related to a legend that the Pskovian, a Russian dragoon regiment, captured French Golden Cuirasses and wore their colors instead of those of the Russian regiment.

We are grateful to Sergey Podstanitsky for his assistance in researching this work.