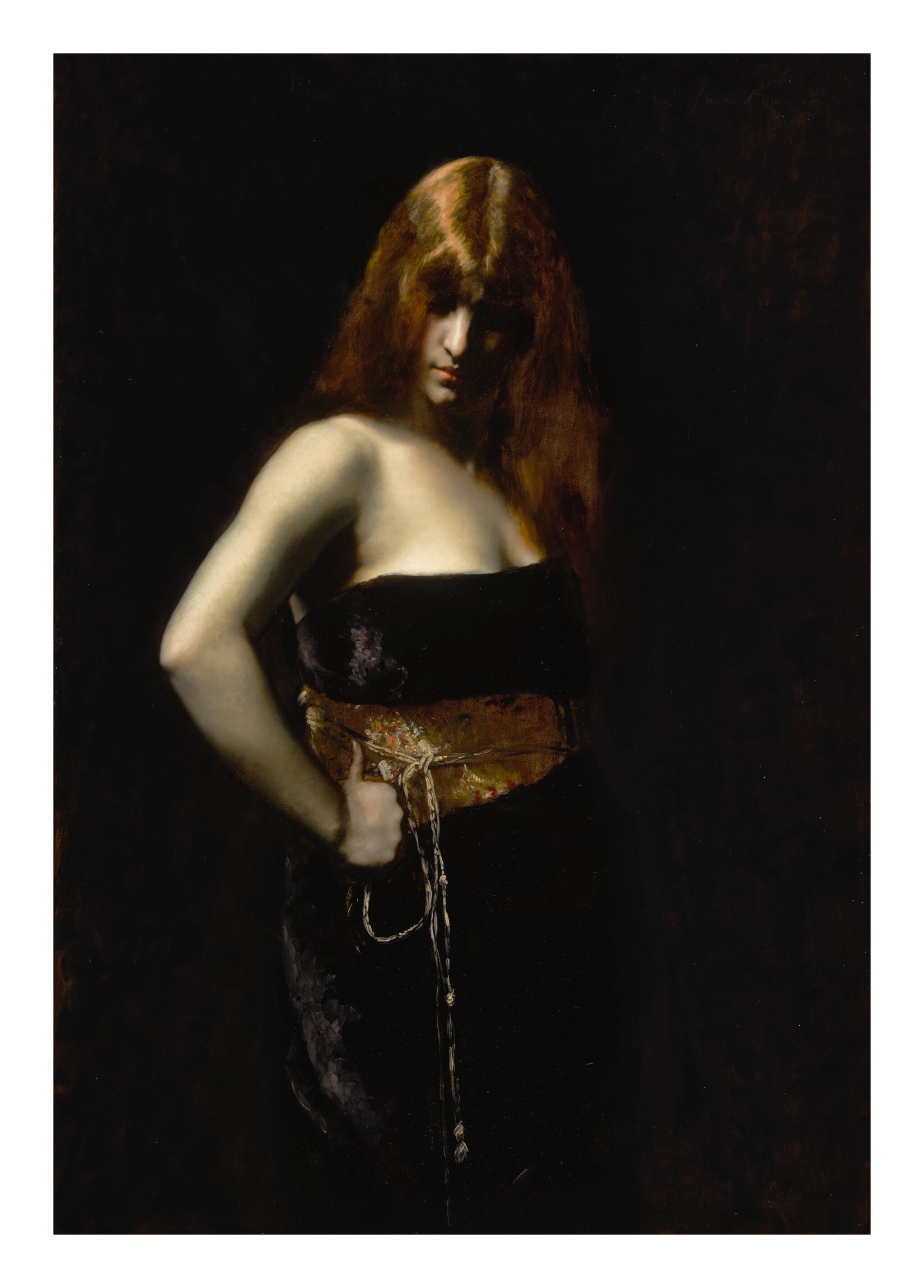 PORTRAIT OF A WOMAN WITH RED HAIR

The work has been recently cleaned and is on a stable panel. Under UV light, there are scattered strokes of inpainting through her hair; dots and dashes in her right arm and a few dots in her chest; and along the line of her costume and in the fabric. Further isolated dots and dashes are visible in the background behind her right arm and along the lower edge of the composition.

Born in Velletri, Italy, Joana Carolina Carlessimo, called Juana Romani, moved with her family as a young girl to Paris, where she first encountered painting as an art school model. At age nineteen, Romani began her training as the pupil of Jean Jacques Henner before becoming a student of Ferdinand Roybet, and later, his mistress. Like Roybet, she chose historical subjects and painted many portraits of young, mysterious women in costume. Regularly working directly onto canvas without the use of preliminary sketches, Romani was particularly skilled in accurately rendering the refined materials of Renaissance fabrics against the pale skin of her models— some representing powerful female mythological or Biblical figures such as Salome. From 1888 onwards, Romani exhibited regularly at the Paris Salon, earning fame for her compositions and becoming a widely recognized artist through a series of published photographs of her at work in the studio or posing in the latest fashions (fig. 1). While some critics unfairly considered Romani a “follower” of Roybet, her talent and artistic sensitivities stood out distinctly to many others. As a writer for The International Studio believed, Romani’s portraits “created quite a sensation,” and illustrated that “the painter seems to have tried to overstep human limits, and to express a sentiment such as animated Leonardo da Vinci when he fixed for ever on canvas the elusive smile of the “Jaconde” [The Mona Lisa] “Studio Talk,” The International Studio, vol 45, 1912, p. 323.