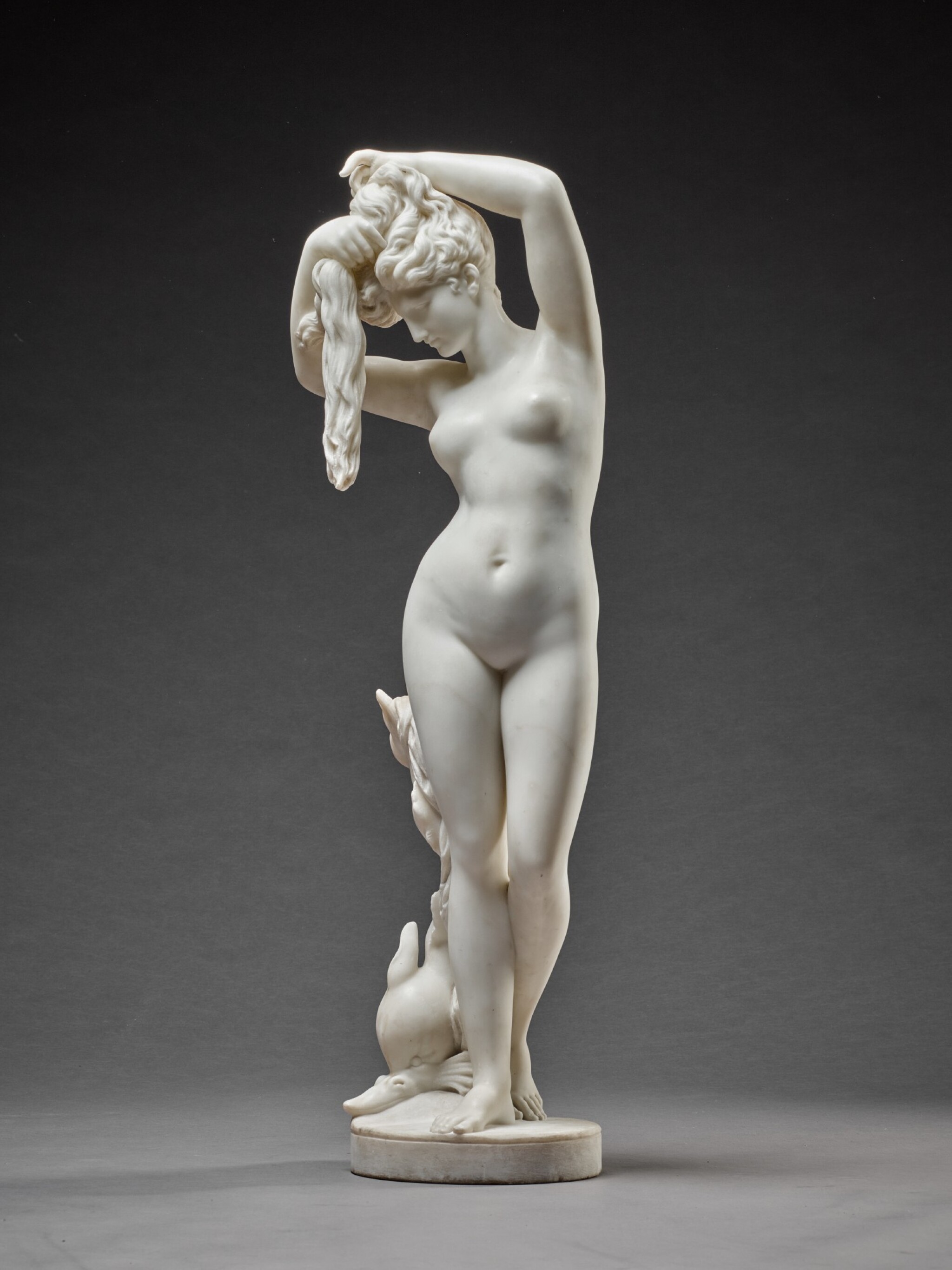 Overall the condition of the marble is very good with minor dirt and wear to the surface consistent with age. The little finger of the proper left hand is reattached. There is a well-concealed, possibly original joint in the hair. A few small naturally occurring inclusions, including at the chest. A few small chips and abrasions, including to the edges of the base and the dolphin's tail.

This beautiful marble Venus embodies Prosper d'Épinay's conception of the idealised female form. The figure represents the goddess Venus, who wrings water from her long tresses of hair, thereby fertilising the earth, as described by the French poet Alfred de Musset (1810-1857). As in the archetypal statue of the goddess of love, the Medici Venus, Prosper d'Épinay's deity is supported by a dolphin: an allusion to her aquatic birth. Prosper d'Épinay conceived his Vénus Astarté in 1900. Curiously neither a full scale version of the model nor the present marble is mentioned in Roux Foujols' 1996 catalogue (a listing of the sculptor's works known to the author at that time). Prosper d'Épinay's authorship of the present marble cannot be doubted, however, given the high quality of the carving which preserves the suppleness of the flesh and the intrinsic elegance of this rare model. Prosper d'Épinay was responsible for a number of reduced versions of his idealised female nudes of a similar scale. Compare, for example, with the Venus sold at Christie's on 2 June 1995, lot 276 (97.3cm).

Prosper d'Épinay was born in Mauritius in 1836, the son of the prominent lawyer and politician, Adrien d'Épinay. In 1857 he moved to Paris to study caricature under the sculptor Jean-Pierre Dantan, and, from 1861, he worked in Rome for Luigi Amici. A British subject, he was active in London during the 1860s and 1870s, and, despite eventually settling in Paris, he continued to exhibit at the Royal Academy in London until as late as 1881.