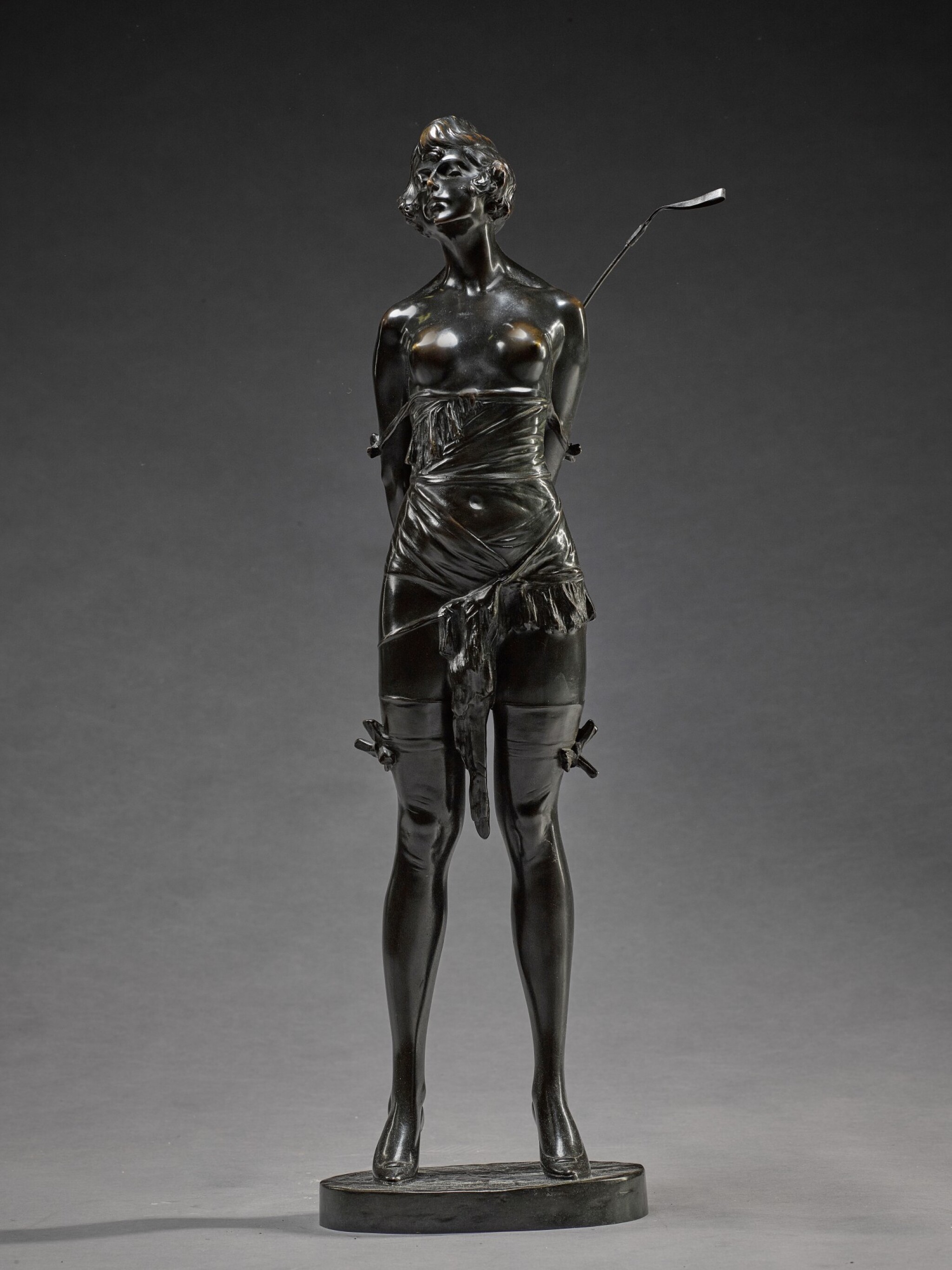 Overall the condition of the bronze is very good with minor dirt and wear to the surface consistent with age. The whip is separately cast (and is incorrectly placed in the catalogue photograph; it sits correctly in her hands in reality). There is some very minor wear to the surface including some minor rubbing such as at the chest. There are a few minor dirt residues. There is minor greening to some of the crevices particularly at the straps of the clothing around the arm.

acquired by the present owner at TEFAF Maastrict, 1996;
property of a nobleman

The Riding Crop is one of Zach's most canonical sculptures. The present bronze is cast in the rare larger size (83cm) of which another was sold at Christie's London on 1 May 2013, lot 58 for £97,875 (aggregate).