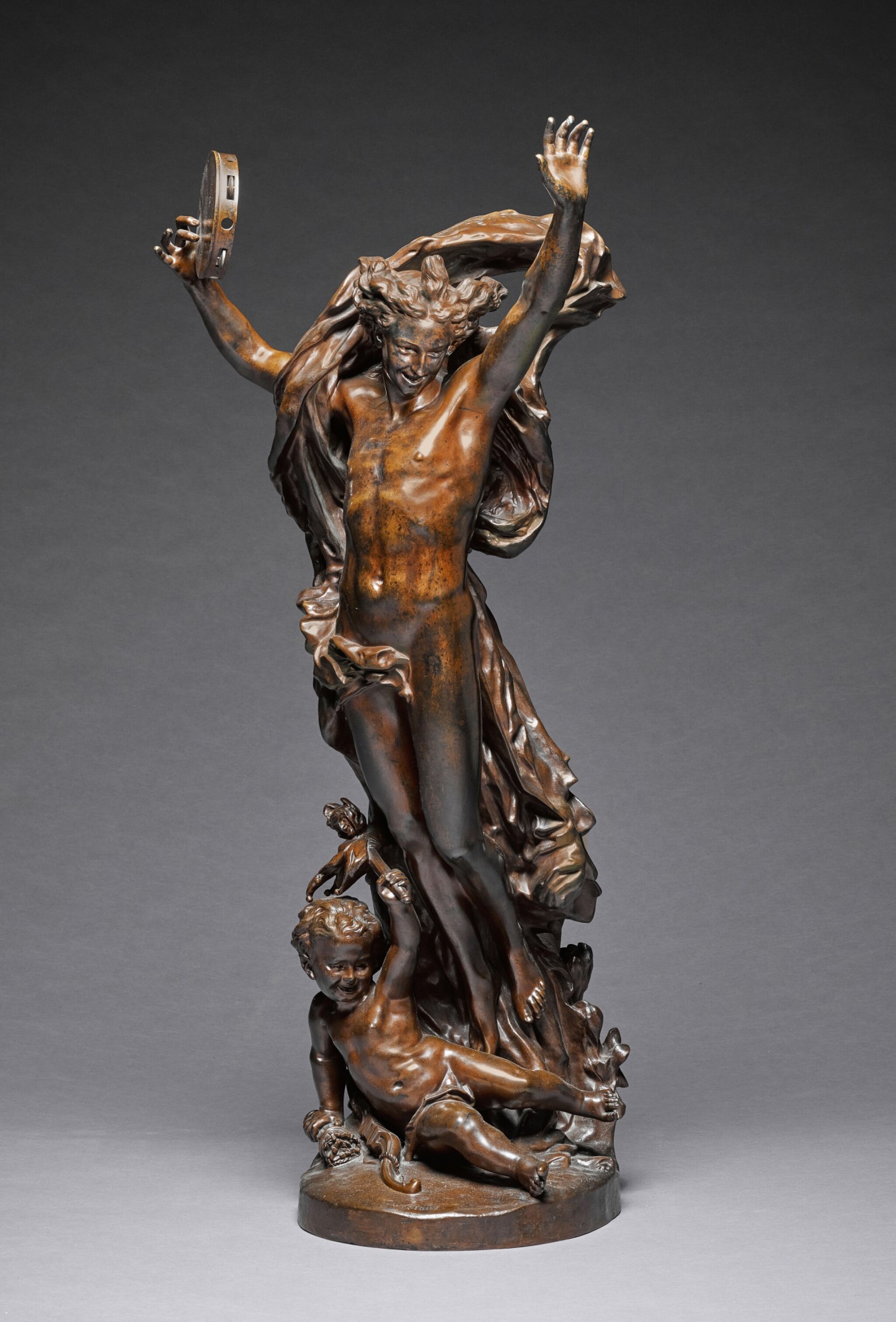 signed: Carpeaux, and stamped with the Eagle cachet

The model of Le Génie de la danse comes from Carpeaux's famous group, La Danse. Officially commissioned before 1875, Carpeaux's group is one of four allegorical compositions on the facade of the Opera in Paris. Although the architect, Charles Garnier, gave all four sculptors strict and conventional guidelines for each work, Carpeaux rejected the standard representational formats used by the other sculptors, and adopted a bold evocation of his theme.

Carpeaux later adapted the various elements of the group into separate figures for commercial editions. As Poletti and Richarme have noted, Le Génie is one of the most successful of the independent groups, as this, more than any other figure, embodied the dynamism of the theme.