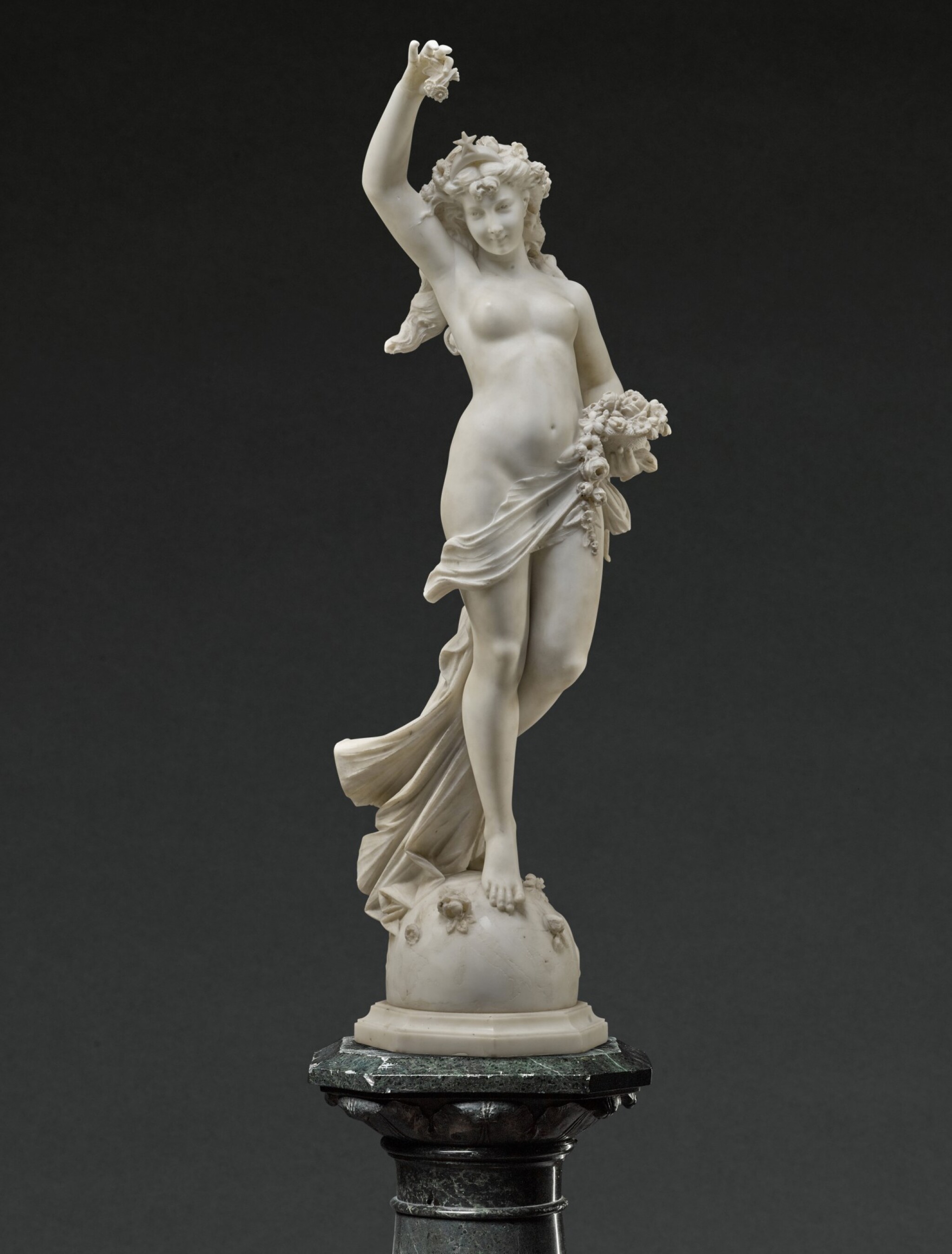 Overall the condition of the marble is very good with minor dirt and wear to the surface consistent with age. There is natural veining to the marble and a few minor naturally occurring inclusions consistent with the material. The proper right little finger is reattached with original sections. The next two fingers are reattached or restored. There are small chips to the ends of the star on her head. There are a few very small chips to the edges of the drapery. A few specks of paint. Dirt to some of the high points of the hair.

Ferdinando Andreini was a student of Ulisse Cambi in Florence, and is well known for a bust of Victor Emmanuel for the Hall of the Grand Council of Florence. He was primarily active in Florence, and exhibited in various salons from 1861, both in Florence and in Turin.

The present marble belongs to a series of sculptures by Andreini, executed during the last quarter of the 19th century, which focus on elegant allegorical nudes. This exuberant representation of the goddess Flora is distinguished by its seemingly weightless composition, in which the figure is balancing on one foot, supported only by her drapery. A similar pose is seen in Andreini's La Bagnante, where the figure's modesty is equally preserved by a single diaphanous drape. A version of La Bagnante sold in these rooms on 10 July 2019 as lot 52 (£187,500).