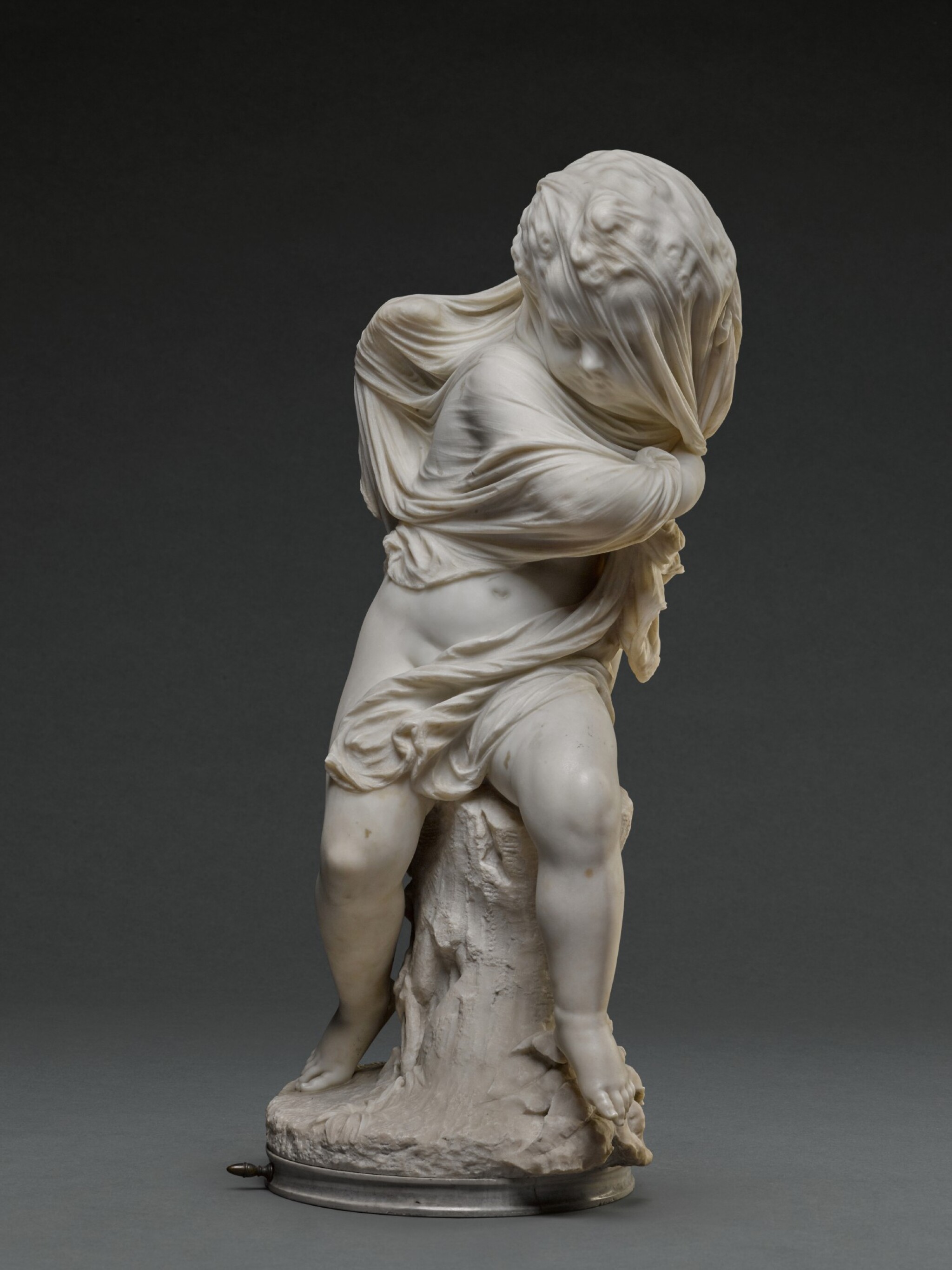 The marble is overall in very good condition. There are a few minor surface marks, notably on Cupid's legs and right shoulder which would probably clean well. There is a small chip on the drapery pulled across his right arm. There is a small loss to the end of the plant below his left foot. There is historic surface dirt, which would again respond well to light cleaning. One of the bronze handles on the base is lost.

'Secret Love' is illustrated here as a veiled Cupid. The accomplished carving of the diaphanous cloth drawn over Cupid's face and body demonstrates Rossetti's high technical skill. The vogue for this typically Italian motif was revived by Raffaelle Monti in the early 1860s and was developed by sculptors such as Rossetti and Orazio Andreoni.

Born in Milan, Antonio Rossetti received his initial training under Francesco Somaini before moving to Rome in 1843, where he is documented to have been active until at least 1889. Rossetti's works were exhibited widely, and the present model was shown in both Rome (1879) and London (1888). Another version of Amore Segreto is housed in the Walker Art Gallery in Liverpool.