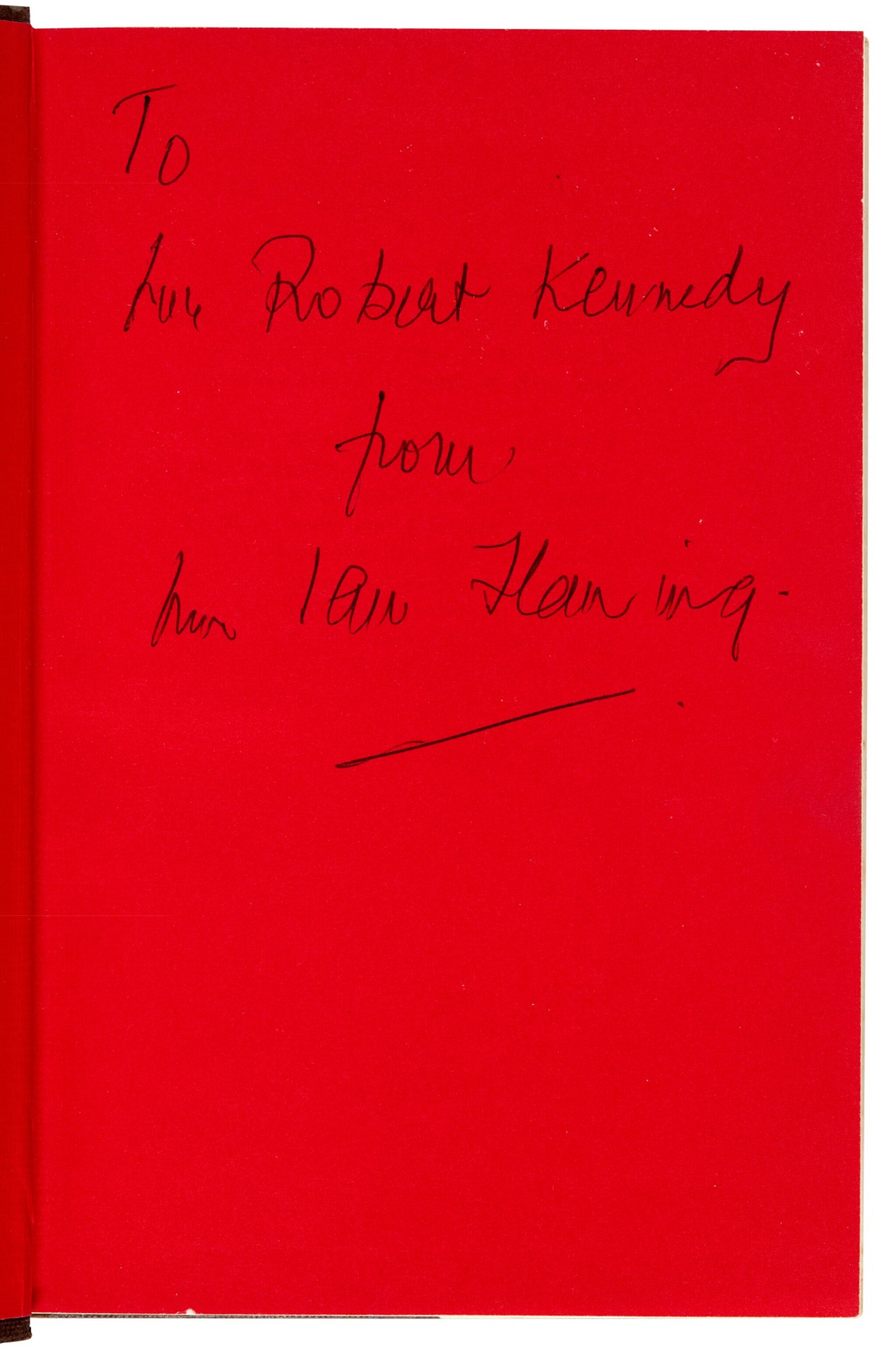 Fleming first met Robert Kennedy's brother, the future president John F. Kennedy, while visiting a friend in Washington in March 1960. According to Lycett, "The future President was thrilled to meet the mysterious Englishman..."

Over dinner Fleming proposed his own solution to the problem of Fidel Castro. He suggested that America should drop leaflets from the air "informing the Cuban people that their beards were a natural receptacle for radioactivity and would lead to their long-term impotence" (see Lycett, p. 368). Both Kennedy and another dinner guest, a veteran CIA agent, were apparently impressed.

Through John, Fleming also became acquainted with Robert. He sent inscribed copies of books to both Robert and John and to their sister Eunice Shriver. John F. Kennedy later told Life Magazine of his fondness for James Bond, which was quoted on the dust-jacket of the American edition of The Spy Who Loved Me.

On 20 June 1962, Ian Fleming wrote to Bobby Kennedy stating "I am delighted to take this opportunity to thank Kennedys everywhere for the electric effect their commendation has had on my sales in America" (see ed. Fergus Fleming, The Man With the Golden Typewriter, London, 2015, p. 330).

head and foot of spine very slightly bumped, soiled dust-jacket damp-stained with tears to some folds and extremities slightly frayed