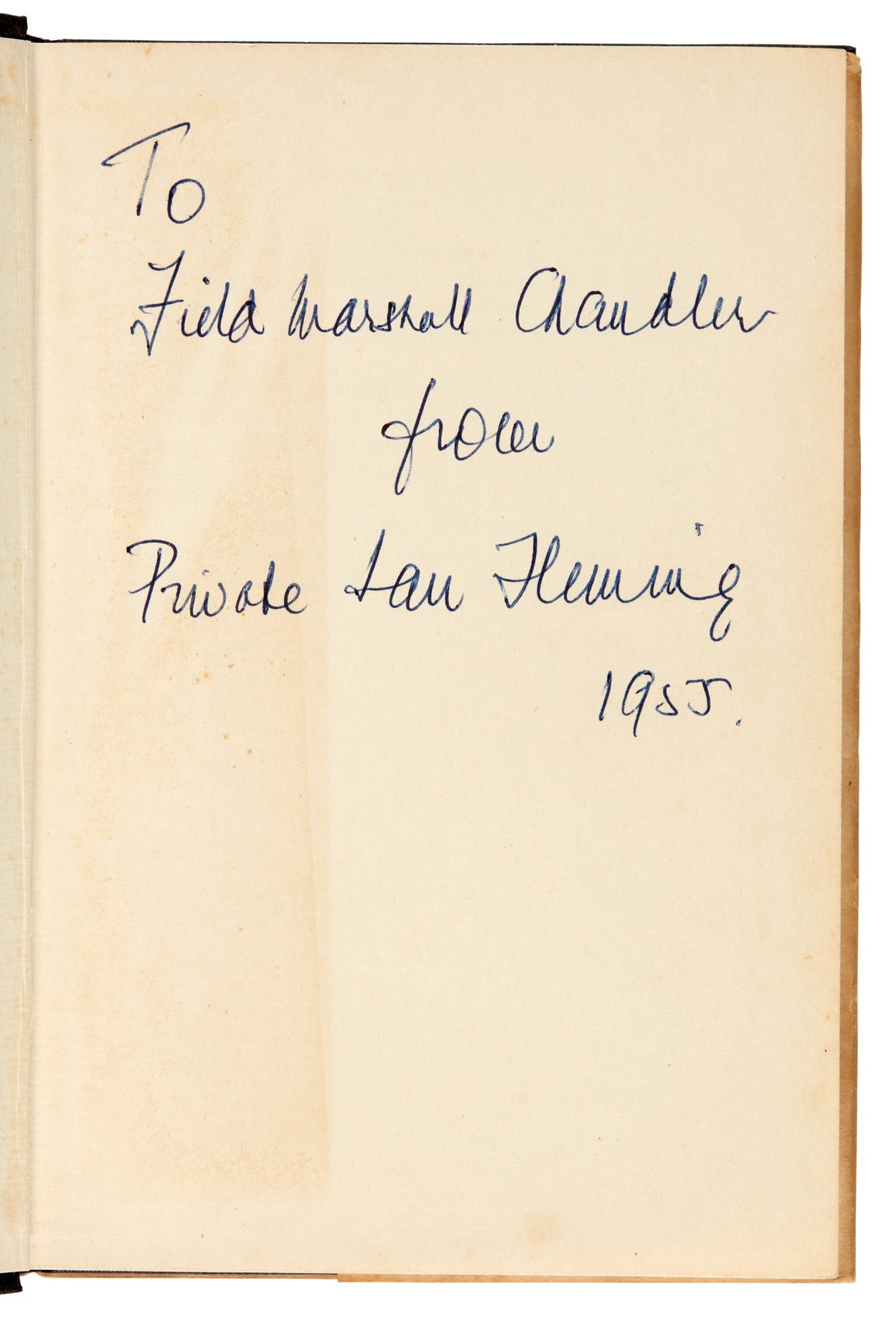 8vo, FIRST EDITION, FIRST IMPRESSION, PRESENTATION COPY INSCRIBED BY THE AUTHOR TO RAYMOND CHANDLER ("To | Field Marshall Chandler | from | Private Ian Fleming | 1955") on front free endpaper, INCLUDING SOME NOTES ON THE TEXT IN THE HAND OF CHANDLER, original black cloth, lettered in silver, DUST-JACKET, collector's brown cloth chemise with red half morocco box

AN OUTSTANDING ASSOCIATION COPY inscribed to the novelist Raymond Chandler. A copy given by the creator of James Bond to the creator of Philip Marlowe.

Fleming's deferential inscription did not prevent Chandler from a critical reading of the book. On page 18, for example, he has written and underlined "all Padding". There are a couple of other notes and, on the rear flap of the dust-jacket, Chandler has scribbled a few additional notes (about 24 words in total).

This is one of two variant states, here printed on thicker paper stock and with the word “shoot” on page 10 correctly printed. The entire first impression (containing both “shoot” and “shoo” states) was issued on 7 April 1955.