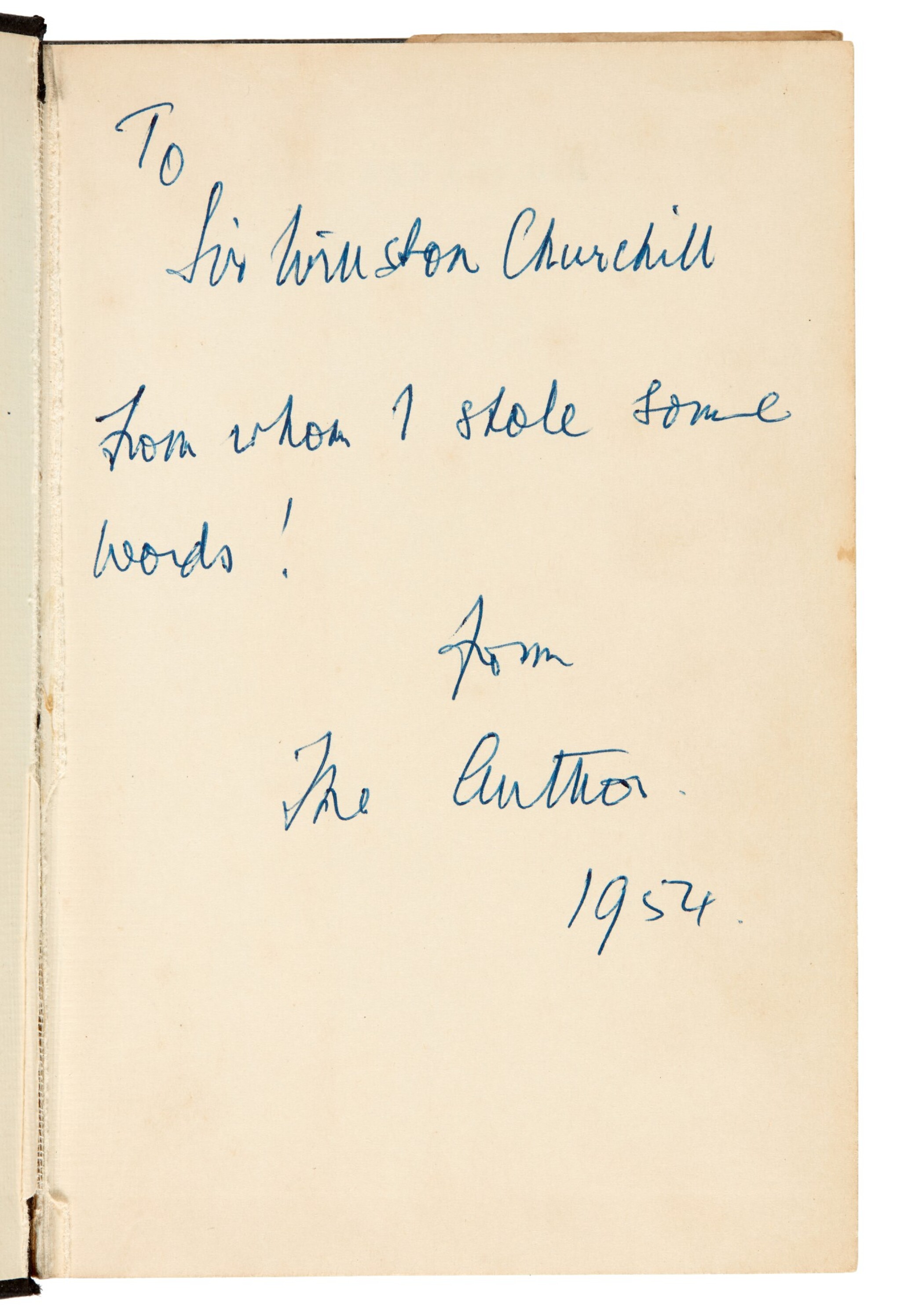 8vo, FIRST EDITION, FIRST IMPRESSION, PRESENTATION COPY INSCRIBED BY THE AUTHOR TO WINSTON CHURCHILL ("To | Sir Winston Churchill | from whom I stole some | words! | from | The Author. | 1954") on front free endpaper, original black cloth, lettered in gilt, design to upper cover in gilt, dust-jacket (first issue without the additional text to the front flap) (together with a supplied dust-jacket in better condition), collector's black cloth chemise with black half morocco slipcase

A passsage from Churchill's Thoughts and Adventures is quoted on the front flap of the dust-jacket.

Since boyhood, Ian Fleming was a great admirer of Churchill. His father, Valentine Fleming, served alongside Churchill in the Queen's Own Oxfordshire Hussars during World War One, and when Valentine was killed Churchill wrote an obituary in The Times. Fleming framed the article and hung it in his various homes.

Fleming wrote to Churchill on 1 April 1954 stating "since I have had the presumption to steal from Thoughts and Adventures your dramatic tribute to the Secret Service... I am now also presuming to send you a copy. It is an unashamed thriller and its only merit is that it makes no demands on the mind of the reader. I hope you will accept it and forgive my theft of a hundred words of your wonderful prose..." (see ed. Fergus Fleming, The Man with the Golden Typewriter, London, 2015, p. 41).

Churchill gets a passing reference in From Russia, With Love, when Bond's housekeeper refuses to call anyone "sir" save for the King and Winston Churchill.

This copy of Live and Let Die is noted by Gilbert in his bibliography of Fleming (p. 58) as one of a small number of advance copies which Fleming used for presentation, including other copies to Lord Beaverbrook, Philip Brownrigg, John Hayward and William Plomer.