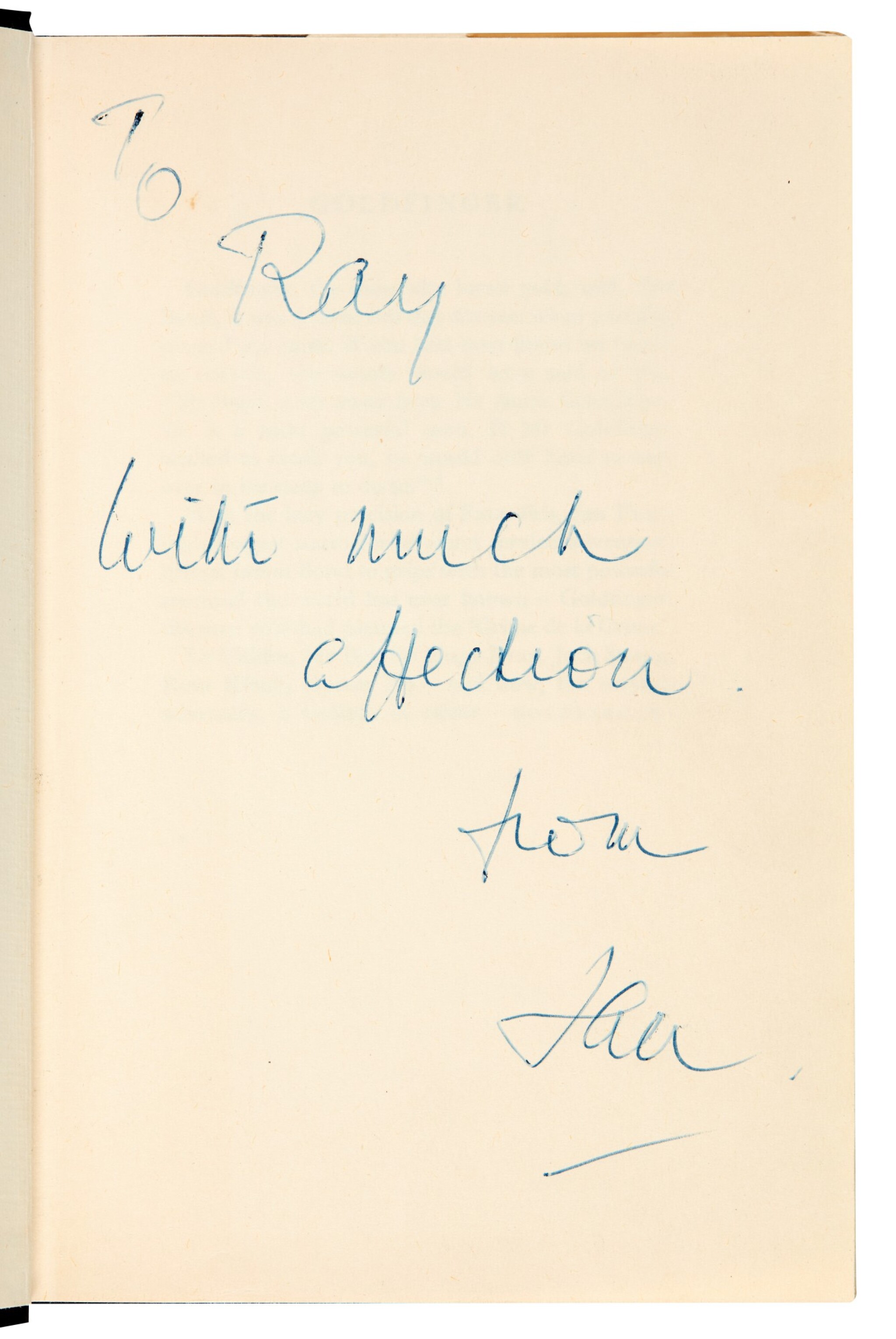 AN OUTSTANDING PRESENTATION COPY FROM FLEMING TO CHANDLER: A WONDERFUL EXAMPLE OF THE FRIENDSHIP BETWEEN TWO MASTERS OF THE THRILLER, THE CREATOR OF JAMES BOND AND THE CREATOR OF PHILIP MARLOWE.

Chandler, whose Sunday Times review of Dr. No is quoted on the front flap of the dust-jacket of Goldfinger, had inscribed a copy of his final novel Playback to Fleming in 1958 (see lot 98).

Gilbert refers to this presentation copy of Goldfinger on p. 233 of his bibliography.