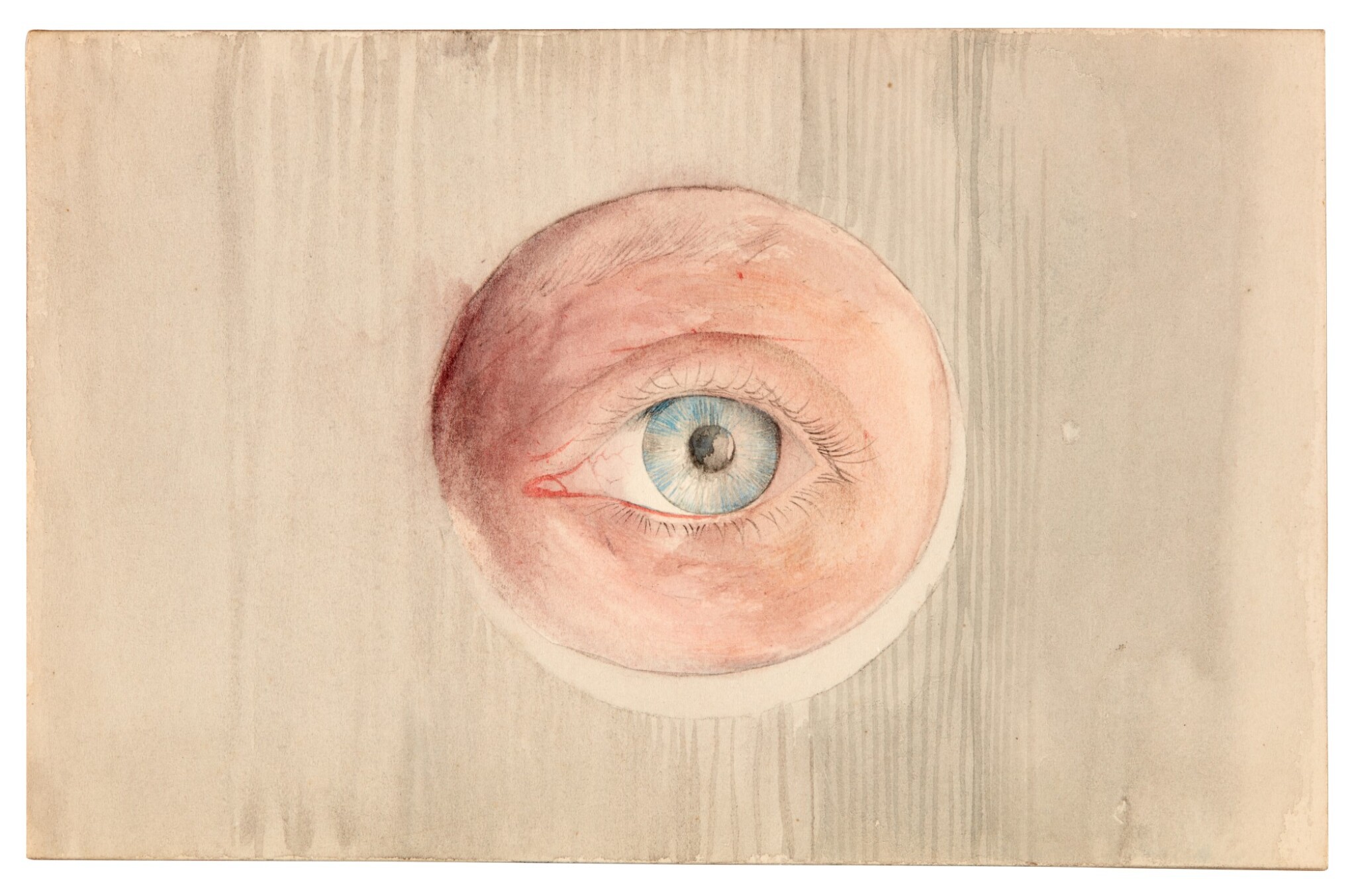 ARCHIVE RELATING TO THE DUST-JACKET OF FOR YOUR EYES ONLY:

i. Correspondence, comprising: Ian Fleming, 4 typed letters signed, three to Chopping and one to the publisher (headed "Copy for Mr Chopping"), on Chopping's design ("...I think it is absolutely splendid ... My only immediate comments ... are that the colours should be as bold as he can possibly make them and I'm prepared to sacrifice the grey-blue of James Bond's eyes for a brighter blue if Dickie would prefer it...") and his fee, Kemsley House stationery, 14 October 1959 to 12 April 1960; Una Trueblood, Fleming's secretary, typed letter signed, Kemsley House stationery, 16 October 1959; Michael Howard, Fleming's editor at Cape, 6 typed letters signed, Jonathan Cape stationery, 4 November 1959 to 14 April 1960; Jennifer Armour, typed letter signed, Jonathan Cape stationery,19 November 1959; Richard Chopping, 6 retained draft letters (chiefly autograph but one typed) to Fleming and Howard, two written on the versos of incoming letters, [October 1959-April 1960]

ii. Draft artwork, comprising: several typescript copies of the text for use on the jacket ("The case of Kurt Hammerstein or von Hammerstein..."), some with preparatory sketches including early versions of the "For Your Eyes Only" stamp, "Notes on Colours for Eye" with notes and swatches of watercolour, similar swatches for brass label and background colours, preliminary watercolour sketch of the background with spyhole; 20 leaves of tracing paper (various sizes) with pencil draft designs, three draft watercolour drawings of eyes, and a watercolour drawing of an eye looking through spyhole

The collection housed in a custom-made blue cloth folder in a blue cloth chemise with blue morocco-backed slipcase.

This substantial group of material details the production of one of Chopping's arresting cover designs. Fleming was a great supporter of Chopping's work: he was delighted with this cover and bought the finished artwork from Chopping for himself. His enthusiasm overrode the concern of Michael Howard, the editor at Cape who worked with Fleming, at Chopping's escalating fees. Howard was reduced at one point to wondering who had paid Chopping 160 guineas for jacket art ("I would like to go and work for them myself.")

One or two items marked, creased, or rubbed at the extremities