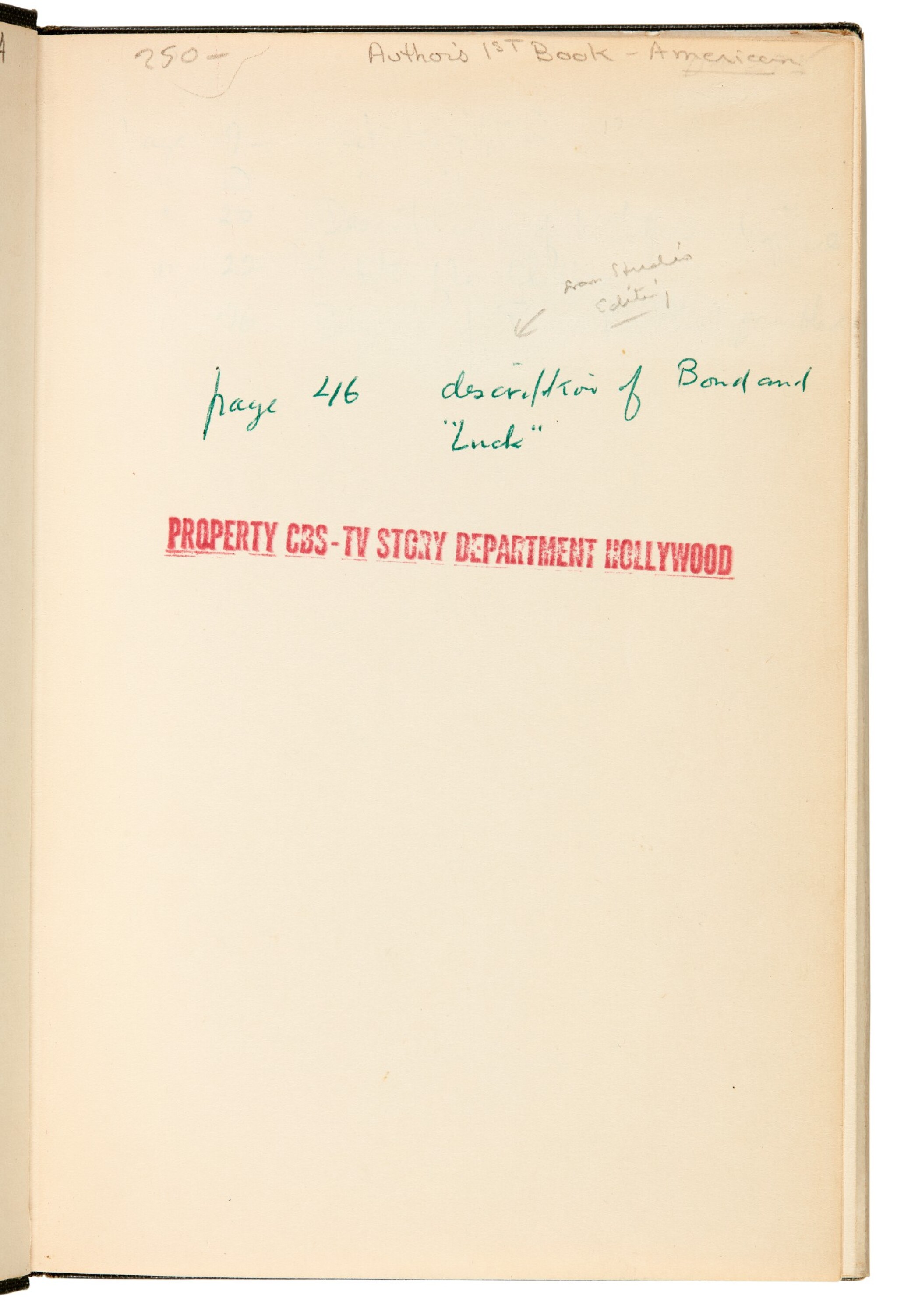 THE COPY THAT FIRST PUT JAMES BOND ON SCREEN.

CBS paid Ian Fleming $1,000 to adapt Casino Royale into a one-hour TV adventure. The episode, adapted for an American audience, was broadcast on 21 October 1954 and starred Barry Nelson as “Card Sense” James “Jimmy” Bond, and Peter Lorre as Le Chiffre.

Above the CBS stamp in this copy is a green biro note in a studio editor’s hand reading, “Page 46 description of Bond and ‘Luck’”. The passage noted concludes “...luck in all its moods had to be loved and not feared. Bond saw luck as a woman, to be softly wooed or brutally ravaged, never pandered to or pursued. But he was honest enough to admit that he had never yet been made to suffer by cards or by women. One day, and he accepted the fact, he would be brought to his knees by love or by luck. When that happened he knew that he too would be branded with the deadly question-mark he recognized so often in others, the promise to pay before you have lost: the acceptance of fallibility.”

From the library of CBS-TV Story Department, Hollywood