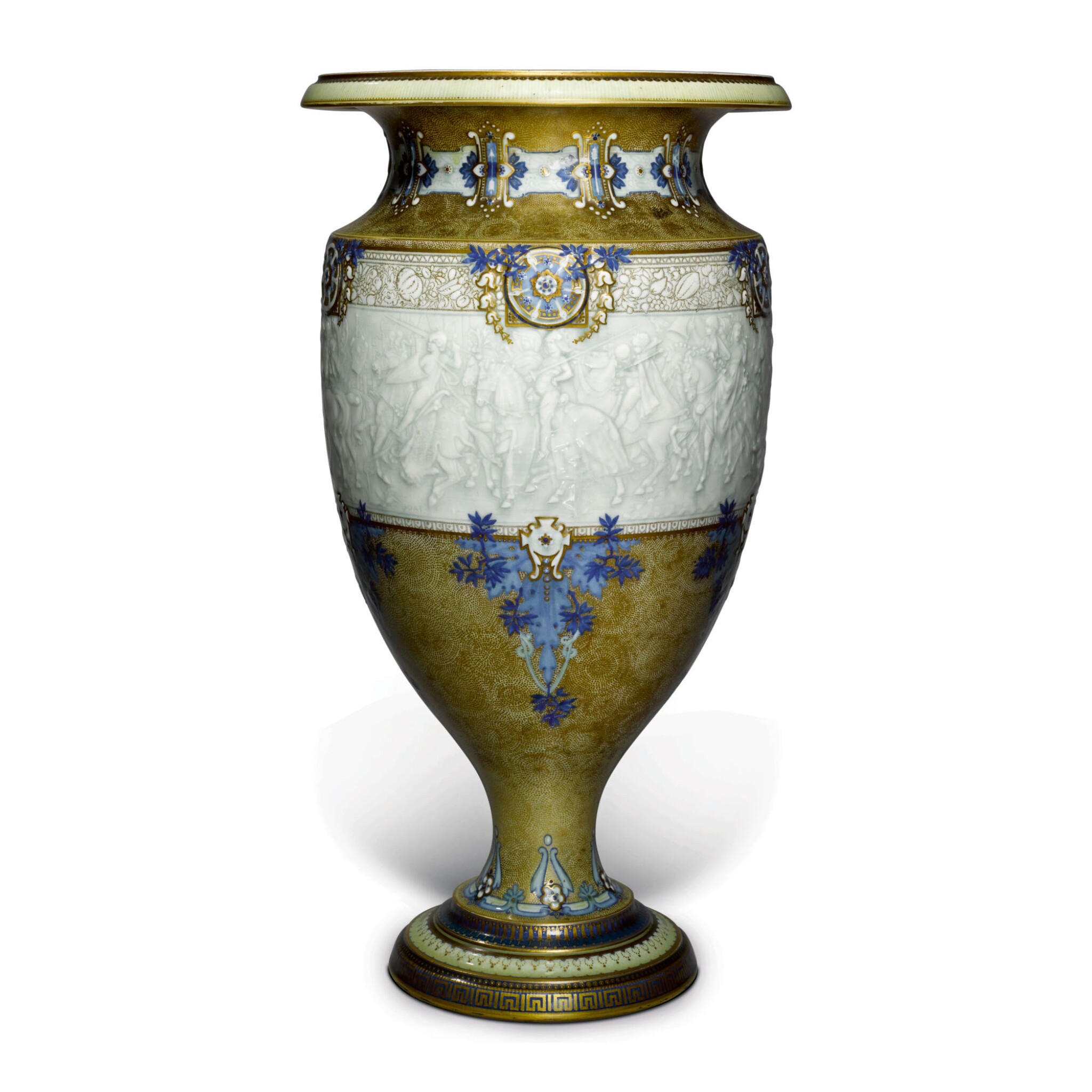 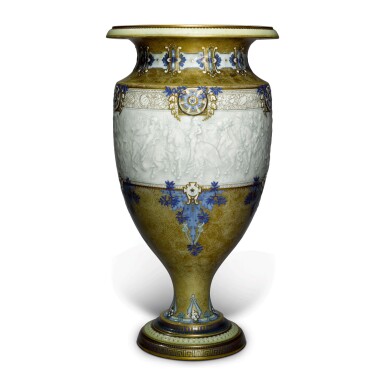 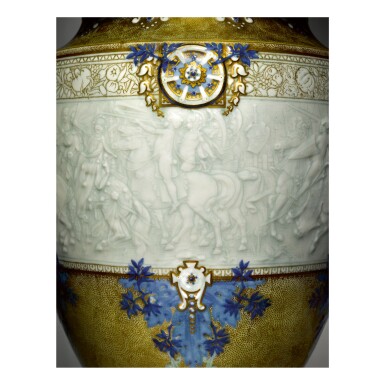 vase 'Mycene' designed by Albert-Ernest Carrier-Belleuse, decorated by Taxile Doat, embossed signature TDOAT, of inverted baluster form with a waisted neck and stepped integral foot, decorated in slip relief with a continuous band showing a procession of figures including knights and maidens in medieval costume on horseback, above, a band of fruit picked out in gilded dots reserving five molded 'Catherine Wheel' medallions, below, hanging lappets of acanthus and foliage in blue, all reserved on a ground enriched in gilt-dots forming circles or whorls, stencilled RF DECORE A SEVRES 89 within two circles in black, stencilled S.89 in a lozenge, incised AV 88 II PN.

The vase is in overall good appearance and condition.

Carrier-Belleuse was appointed Art Director of the Sèvres manufactory in 1875, and Taxile Doat joined in 1877 when he was in his mid-twenties. Prior to this Doat had run his own small decorating atelier in Paris where he had already worked in pâte-sur-pâte.

The present vase was produced in a new ceramic body introduced just years earlier in 1882, 'pâte nouvelle', 'P N'. This new paste was much more suitable for the pâte-sur-pâte method of decoration than the traditional hard-paste body. Doat decorated a vase in this new material in 1882, Vase 'Potiche AB'. Due to its large size, standing one meter high, it took him, and his assistant Charles-Celéstin Lucas over a year to complete. The vase, given by the French Government to the South Kensington Museum, is illustrated in Bernard Bumpus, Pâte-sur-Pâte, The Art of Ceramic Relief Decoration, 1849-1992, London, 1992, pl. 17.

The figural decoration appears on a vase exhibited by the Sèvres manufactory in the 1889 Paris Exposition Universelle, which is reproduced in an engraving in The Pottery Gazette, May 1, 1889, p. 387, described as a 'Novi Vase', with subject as "mounted warrior" in paste relief and engraving composition and execution by M. T. Doat. New porcelain, white ground, illustrated in Bernard Bumpus, 1992, ibid., pl. 17.