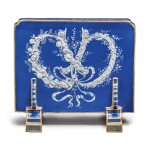 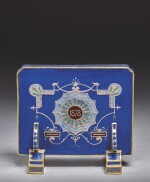 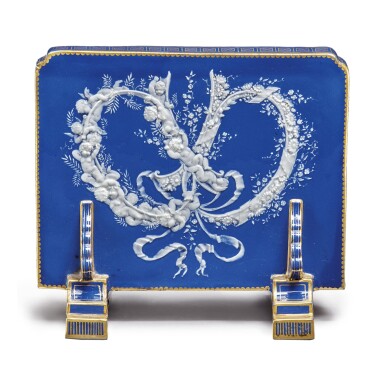 decorated by Marc Louis Solon, signed L. Solon in mauve slip, for the Paris Exhibition of 1878, decorated in white, mauve and green slip on a bright blue ground, the front with a stylised starburst framed within strapwork and dated 1878 in gilding, the reverse with cupids bending and tying two branches into the shape of a heart, standing on two integral bracket feet, the edge with a gilt diaper pattern, Mintons Paris Exhibition 1878 and Prince of Wales feathers marks in gold.