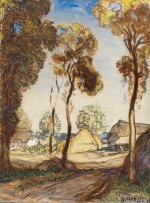 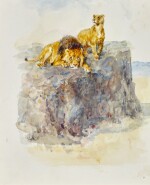 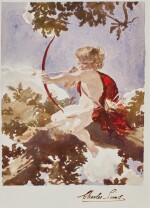 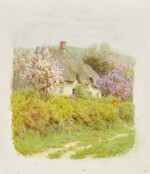 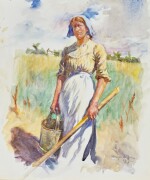 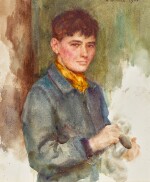 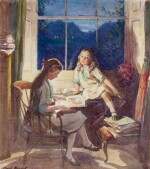 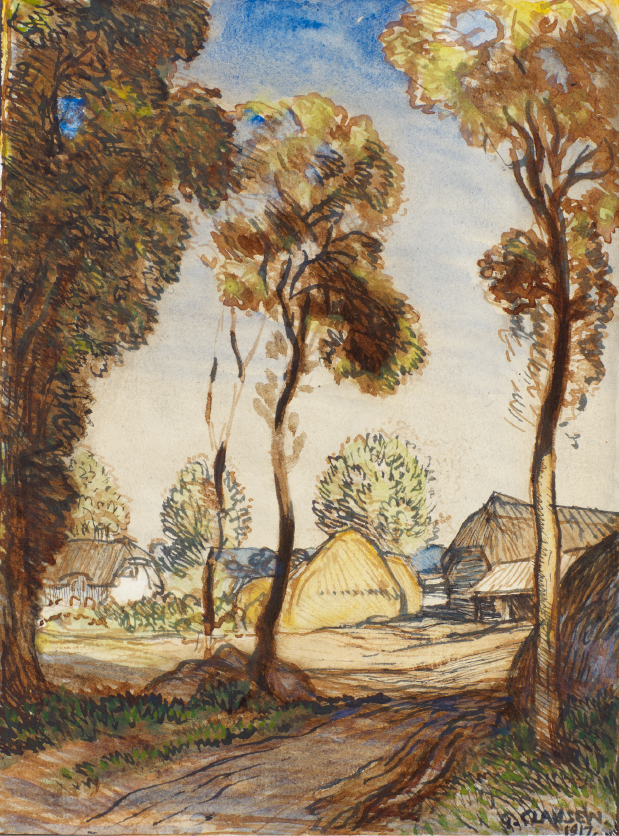 VARIOUS ARTISTS | A commemorative album comprising approximately fifty two watercolours, drawings and manuscripts accompanied by a collection of letters relating to the commission for 'The War Seal Foundation'

VARIOUS ARTISTS | A commemorative album comprising approximately fifty two watercolours, drawings and manuscripts accompanied by a collection of letters relating to the commission for 'The War Seal Foundation'

A commemorative album comprising approximately fifty two watercolours, drawings and manuscripts accompanied by a collection of letters relating to the commission for 'The War Seal Foundation'

The individual sheets are well bound within a black leather binding with a metal fastening at the side which can be easily opened so that individual leaves can be removed from the metail prongs of the binding. The sheets are all a little discoloured by time at the extremeities and their is light soiling and staining but no serious condition issues with any of the sheets. Most of the drawings are protected by sheets of tracing paper but some are loose or absent. We would strongly recommend viewing this lot in person.

Charles Buchel Head of a Jester

Joseph Farquharson Sheep in the Snow

G.P. Huntley An Out of Work Actor

Rudyard Kipling autographed manuscript poem, 'For all we have and are'

E. T. Read A Scandal in the Stone Age

Sir Leslie Ward 'SPY' Child in the Field at Night

Wilton Williams When They See Me They'll Run Like ----!

Founded in the aftermath of the First World War, the Sir Oswald Stoll Foundation was established to support troops returning home from the front with physical and mental injury. Set up by theatre empresario and philanthropist Sir Oswald Stoll, who was at the forefront on the debate on how best to support wounded veterans, the charity provided housing in Fulham that remains used to this day. Alongside housing support, the charity continues to provide outreach services, ‘drop-ins’ and support in finding work for veterans after leaving the armed forces.

In 1917 Sir Oswald set about compiling ‘an Album of original contributions received from the foremost Artistes, Painters, Musicians and Authors of the day’, with the intention that the book be reproduced in limited edition of fifty copies, sold to benefit the charity. Although Stoll was met with a phenomenal response, sadly the project never came to fruition due to spiralling costs, and instead the album was kept by the charity.