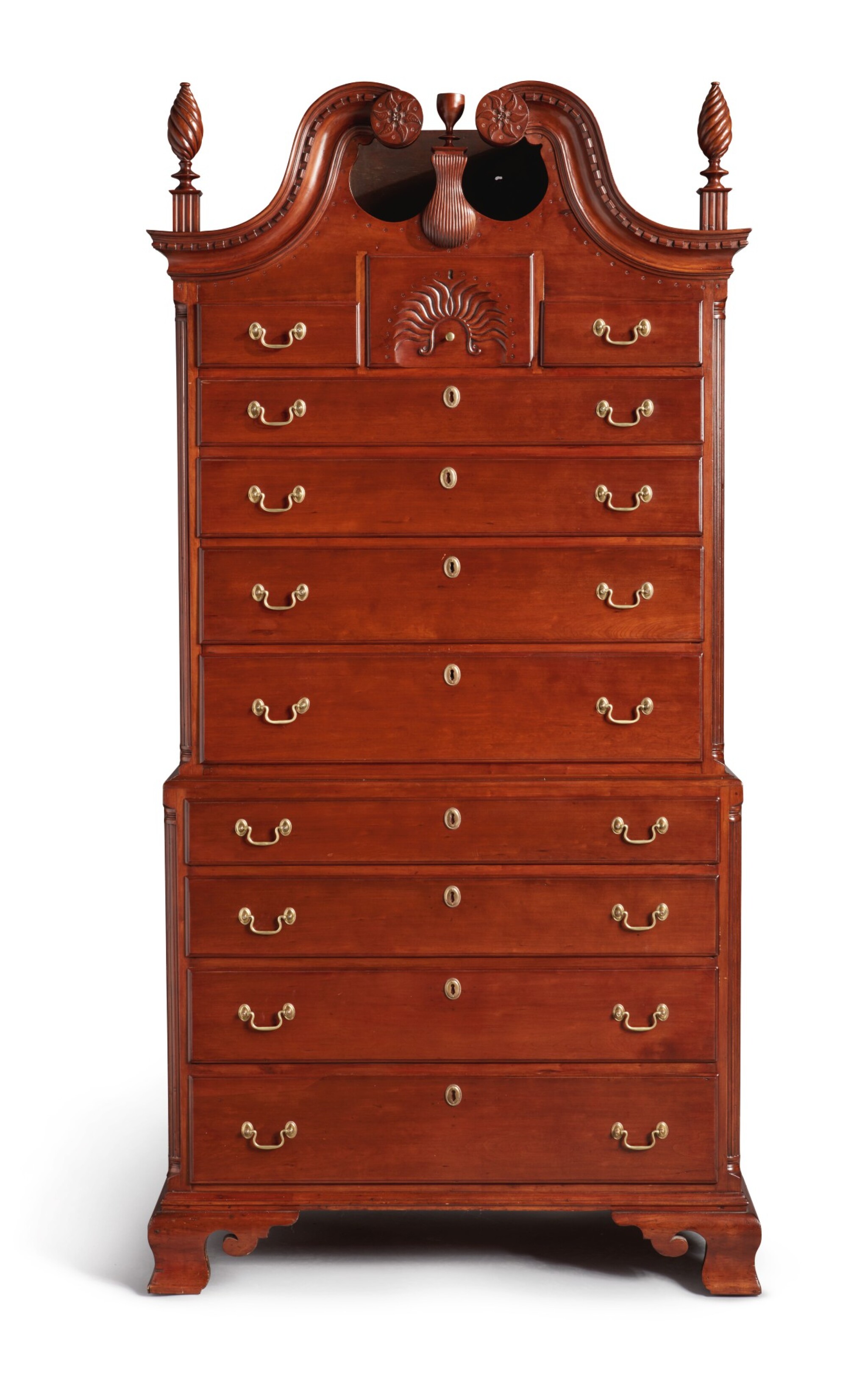 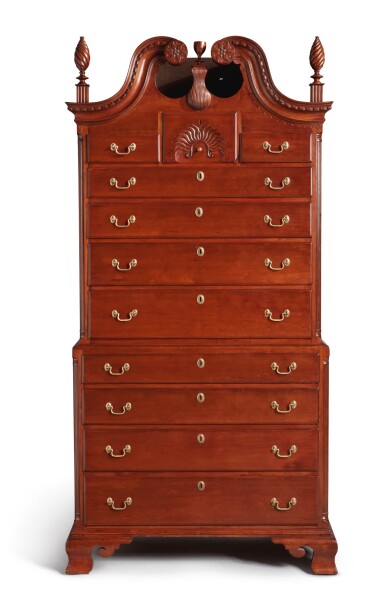 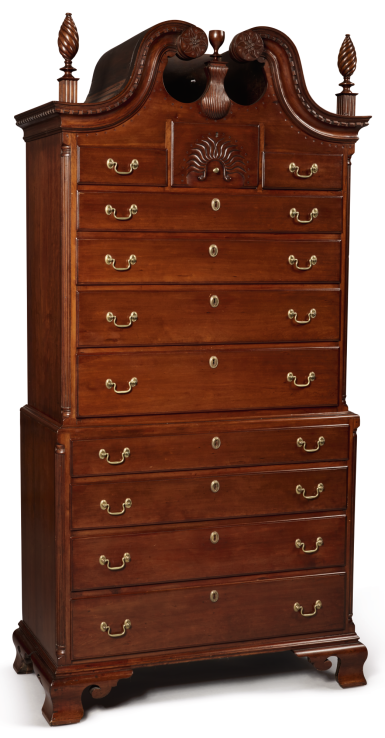 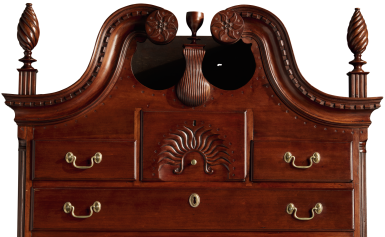 appears to retain its original finials.

Proper left uppermost small drawer with a 3.5 inch by 3/4 inch to drawer face and bead. This drawer as well as the flanking small drawer, are plugged in the center for later hardware. Proper left corner of lowermost drawer in upper case with a 2.5 inch by 1/2 inch triangular patch. Proper right corner of same drawer with similar patch of slightly larger size. The first, second, and lowermost drawer of bottom case with corner patches to drawer face and bead on proper right side. The case is refinished. An 8 inch patch to the proper right corner of front base molding.

A tour-de-force of Connecticut craftsmanship, this chest-on-chest made of luxurious cherrywood displays a design consistent with the Colchester school, an innovative and regionally specific school of Connecticut cabinetmaking assimilating various influences in which large case forms were elaborately and idiosyncratically decorated with carving, pilasters, columns, and applied ornaments.

Surviving with its original finials, base blocking and feet, this chest was included in the study of Connecticut Valley Furniture conducted by Thomas and Alice Kugelman with Robert Lionetti who later published their findings in Connecticut Valley Furniture: Eliphalet Chapin and His Contemporaries, 1750-1800 (Hartford: Connecticut Historical Society Museum, 2005, cat. 107, p. 239. They note that this chest is similar to work made by Samuel Loomis III (1748-1814) of Colchester but differences in details of execution suggest it is the product of a second-generation craftsman.[i]

As seen in case pieces from the Loomis shop, the present chest displays a sloped pediment that is less steep than that of other Colchester groups, a closed bonnet with a backboard with a straight top edge, spiral and twist finials, fluted plinths, carved rosettes, dentil cornice molding, an applied and reeded center plinth ornament, fluted quarter columns, shells with broad concave lobes and two scrolls extending below the center arch, punchwork, and bracket feet with a distinctive inward scroll. However, the punchwork displayed on this chest was made by a different punch and the shell is atypical for the group. The rosettes are carved with veined leaves. Related features such as leaf-carved rosettes, punch decoration with wedge shaped points, and inset fluted quarter columns are found a block front chest on chest attributed to the Loomis shop currently in the collection of Mr. and Mrs. Jerome Blum.[ii]

A drawing of a virtually identical chest on chest appears illustrated in Ethel Hall Bjerkoe, The Cabinetmakers of America (New York: Doubleday, 1957), p. 186. Another nearly identical example is in the collection The Henry Ford museum, acc. no. 29.1236.8.