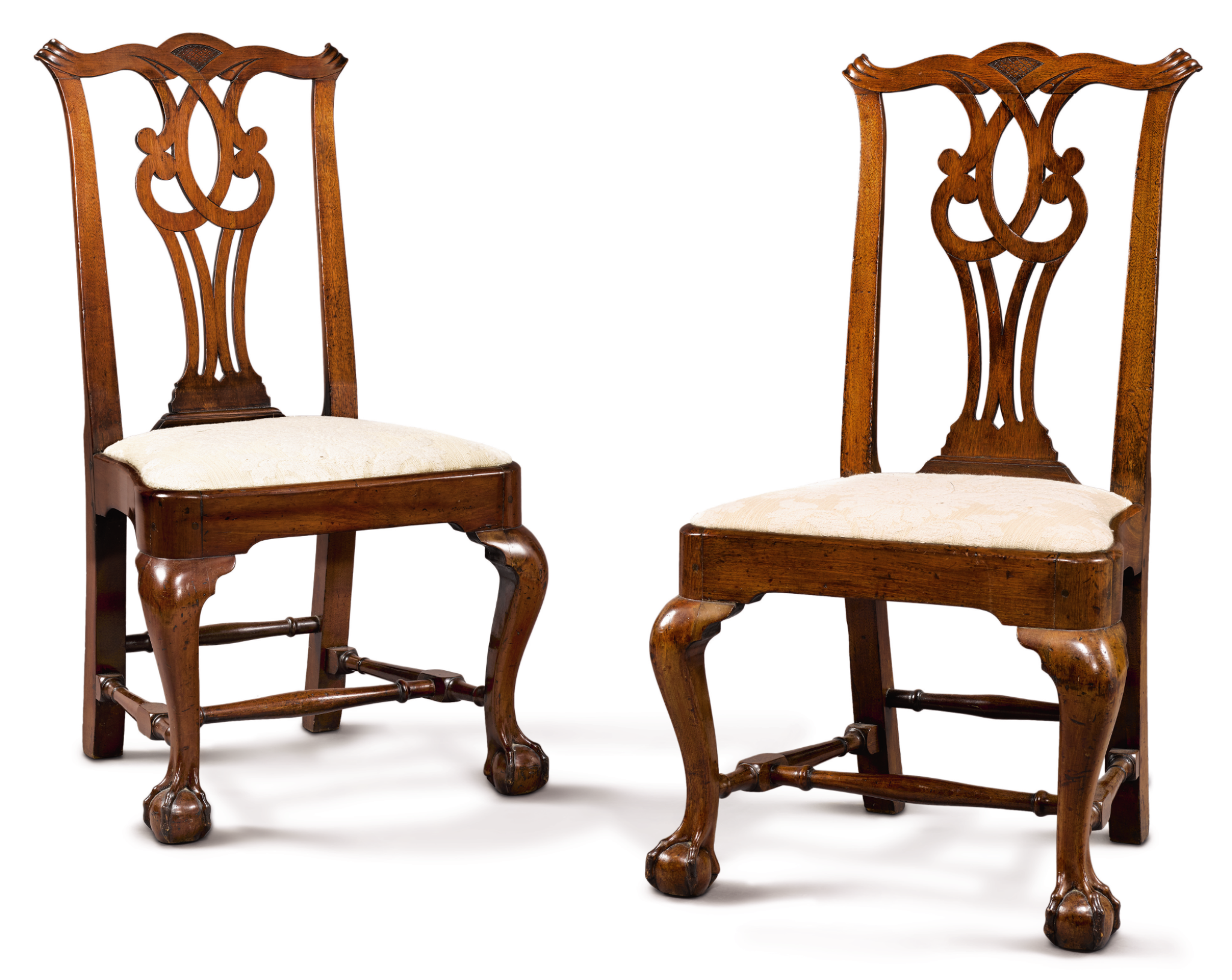 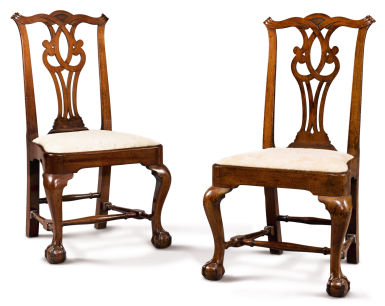 chair and seat frame both marked II and VII.

The chair marked II in fine overall condition. Two small pieced areas and a crack in the upper section of the splat. The proper left section of the crest rail below the ear with a pieced area as well as a small pieced area in the center. One original corner block in front, the rest replaced. The chair marked VII in very fine overall condition. One original corner block in the back, the rest replaced. All knee returns on both chairs appear to be original and there are no apparent issues with the legs, feet, or stretchers. Both chairs with original slip seats.

Displaying serpentine crest rails with scratch-carved diaper pattern pendants, interlaced openwork splats, balloon seats with wide rails, and front cabriole legs with rounded knees and claw and ball feet, these chairs closely follow the pattern of a set of side chairs made by the Newport cabinetmaker, John Townsend (1733-1809). Two chairs numbered III and X from the Townsend set descended directly in his family until they were sold at Christie’s, Important American Furniture, Folk Art and Silver, January 19, 2018, lot 161. Two other identical chairs descended from John Townsend to his daughter Mary (Townsend) Brinley and then to her niece, Ellen F. Townsend (see The Magazine Antiques (June 1937): fig. 3, p. 308). They are now in the collection of the Newport Restoration Foundation (inv. no. 1999.537.1-.2). Two other side chairs from this set are in a private collection and illustrated in a Leigh Keno American Antiques advertisement in The Magazine Antiques for September 1996.

Similar crosshatching is found on a card table with John Townsend’s label currently in the collection of the Metropolitan Museum of Art (see Morrison Heckscher, American Furniture in The Metropolitan Museum of Art, 1985, cat. no. 100). The distinctive claw and ball feet with their elongated balls gripped by articulated talons devoid of webbing relate directly to those featured on the card table signed and dated by Townsend (see Michael Moses, Master Craftsmen of Newport: The Townsends and Goddards, fig. 3.21, p. 109).