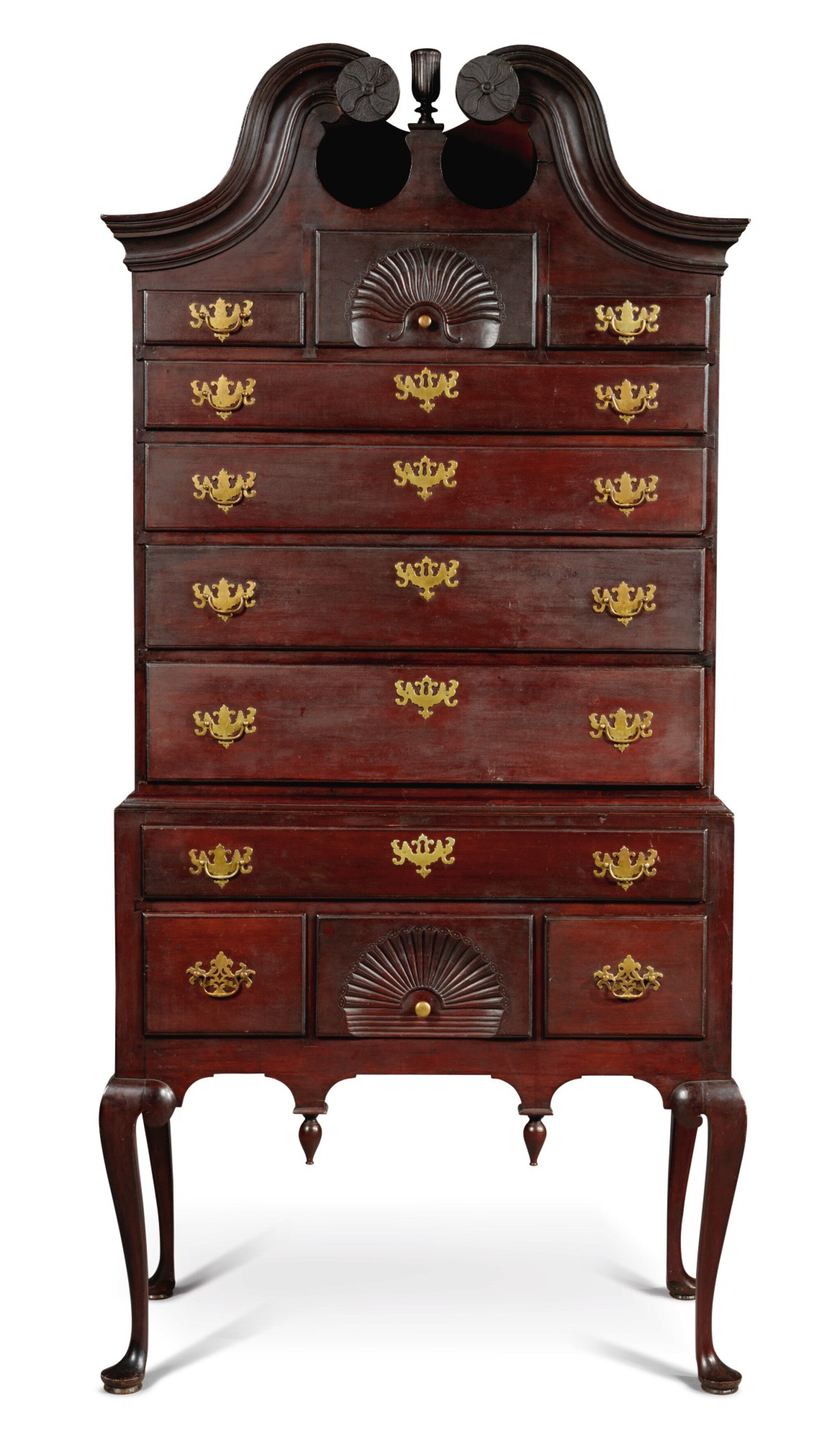 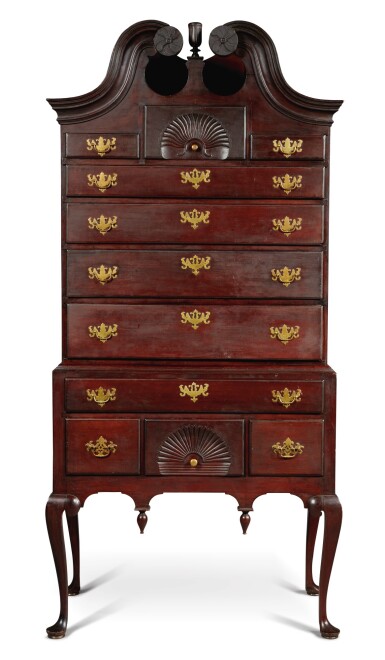 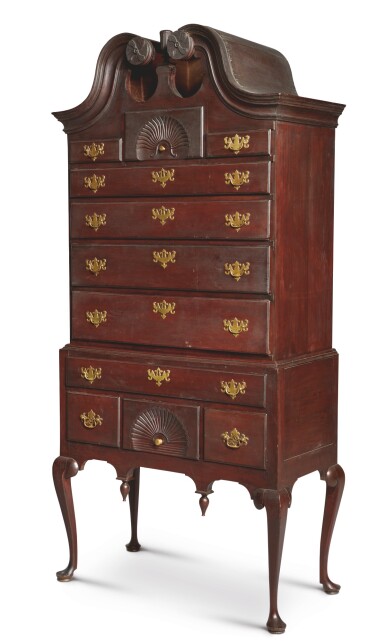 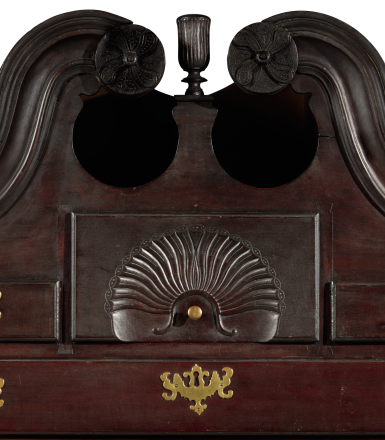 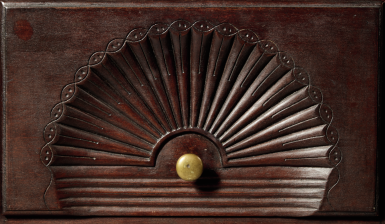 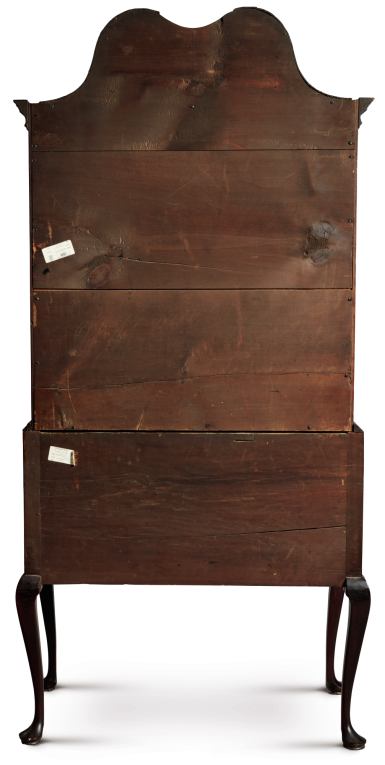 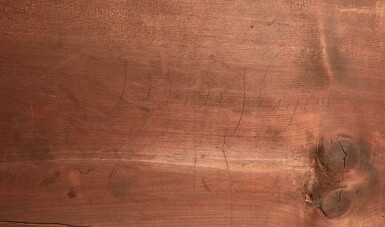 Retaining its original final and brasses, this sophisticated high chest displays many details that follow the work of Calvin Willey (1769-post 1831), the cabinetmaker who was trained in Colchester, Connecticut and moved to Lenox, Massachusetts by 1791. He made a group of furnishings, including the signed Calvin Willey chest also offered in this sale, for Nathan (1748-1826) and Hannah Peirson (1757-1822) for their house, Peirson Place, in Richmond, Massachusetts. A high chest made by Willey for Peirson Place exhibits virtually identical rosettes, shells, and the use of a diagonal dovetailed brace across the top of the lower case. The rosettes are carved with a fylfot, punched dots, and a lightly incised leaf on a stem in the ground between the petals. The protruding end of the peg, used to attach the rosette, forms the center. The shells are of a type associated with the work of Samuel Loomis III (1748-1814) and have serpentine convex rays, incised midribs, and trailing tails that emanate from a raised bell into the recess below. Outlining the shell is a chain with pairs of dots inside each link.

Likely the choice of the original owner, this chest represents a simpler model than the Peirson high chest in that it lacks side finials, finial plinths, dentil molding, a center plinth ornament, quarter columns and claw and ball feet. As with several other pieces of furniture in Singh Collection, it was included in the study of Connecticut Valley Furniture conducted by Thomas and Alice Kugelman with Robert Lionetti and published in Connecticut Valley Furniture: Eliphalet Chapin and His Contemporaries, 1750-1800 (Hartford: Connecticut Historical Society Museum, 2005), cat. 111, p. 247. This chest exhibits the singular features of exposed drawer divider dovetails and large pad feet with a prominent ankle hock also seen in Colchester furniture made for Epaphras Lord, Jr. (1743-1819). The drawer sides are flat on top and have bottoms with frame-saw marks on the underside. It has drawer sides with dovetails pins present at the top and bottom as found on the signed Calvin Willey chest of drawers from the Peirson house offered in this sale (See ibid, cat. no. 108, p. 242-3). The partially legible chalk inscription “____ Wells” is written on the upper case backboard. The Kugelmans and Robert Lionetti note that it was probably added in the shop but does not correspond to the Colchester cabinetmaker, Amos Wells (1735-1801).

This early history of this chest is not known. It was owned during the twentieth century by the Crounce family of Altamont, New York. It could have been made by Calvin Willey while he was working in Colchester, Lenox, or possibly Vermont, where he was living after 1795.