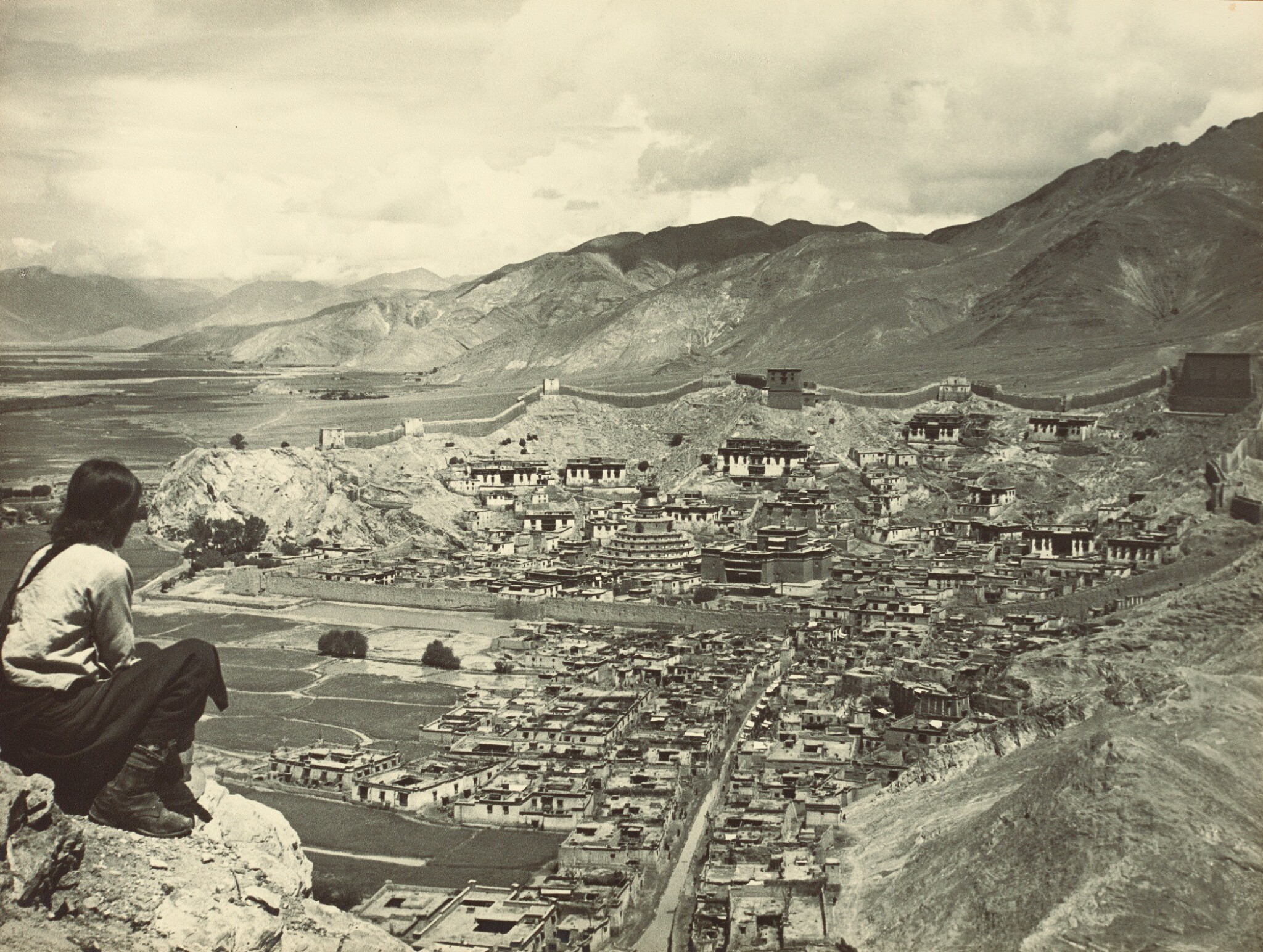 A glimpse of Tibet. 96 photographs taken for the 1937 Italian Expedition by Fosco Maraini with an introductory note by Giuseppe Tucci of the Royal Academy of Italy, leader of the expedition. Florence, 1938

A MAGNIFICENT UNPUBLISHED PHOTOBOOK ON TIBET, CONTAINING RARE ORIGINAL PHOTOGRAPHS BY FOSCO MARAINI TAKEN DURING THE 1937 ITALIAN EXPEDITION TO TIBET LED BY GIUSEPPE TUCCI. Maraini (1912-2005) was an Anglo-Italian photographer and anthropologist, and polyglot who spoke Tibetan and Japanese. In 1937 he went on his first trip to Tibet where he documented the art and architecture of the country and its people. The fine photographs provide an intimate portrait of Tibet and are a remarkable record of the country immediately prior to the outbreak of the Second World war. It is possible that the war interrupted the publication of the present work, and it was not until after Marainis's second trip to Tibet in 1948, that he published his photographs and experiences in Segreto Tibet (1951), which appeared in English as Secret Tibet the following year.

THIS WORK APPEARS TO BE UNIQUE: Not traced in WorldCat or any of the standard bibliographies, including Yakushi (1994)