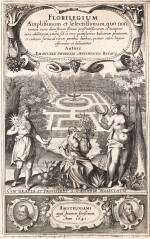 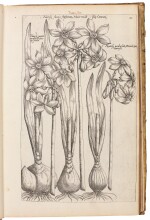 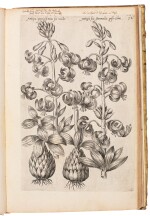 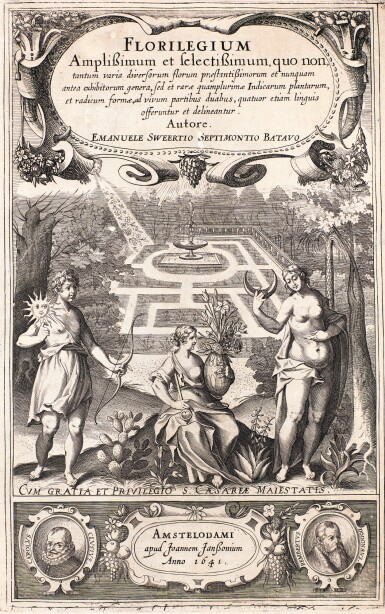 A good mixed set of Sweerts's popular work, which was widely reprinted. "The first two editions were essentially catalogues for the selling of plants and bulbs, while the later editions were true florilegia intended for the connoisseur and the scientist" (An Oak Spring Flora).

Sweerts divided his Florilegium into two parts: the first deals with bulbous species (including gladioli, hyacinth, iris, lilies, narcissi, daffodils, peonies, and, of course, tulips) and the second with species having "fibrous" roots (hellebores, canna, lily of the valley, chrysanthemums, and many others), as well as a number of fragrant trees such as myrtle, arbor vitae, and juniper. Altogether over 560 flowering bulbs, shrubs, trees, fruits, and vegetables are depicted, generally grouped by species.