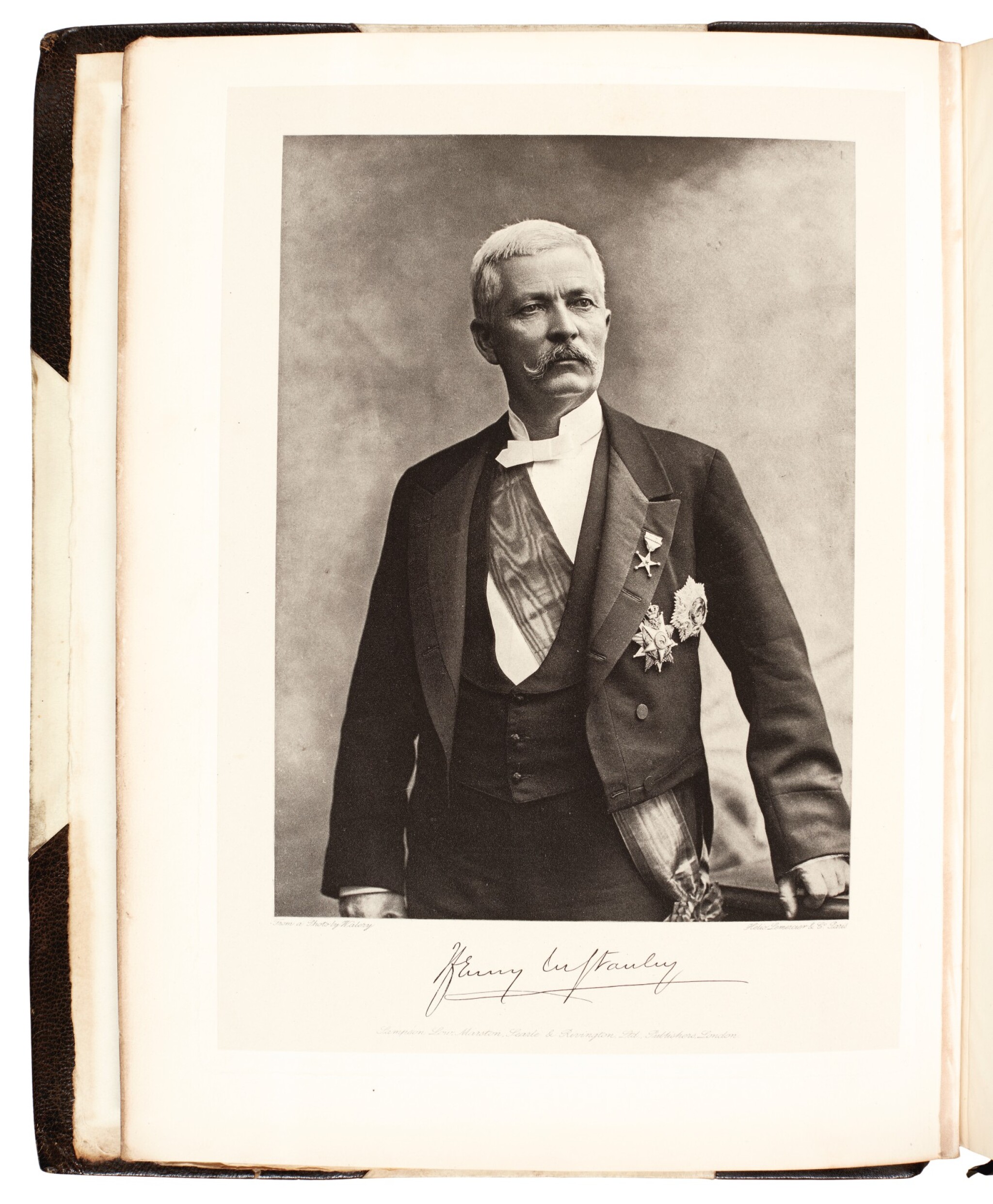 In darkest Africa or the quest, rescue, and retreat of Emin Governor of Equatoria. London: Sampson Low, Marston [&c.], 1890

Stanley's expedition to rescue the Ottoman-German naturalist and one-time governor of Equatoria Emin Pasha set out in January 1887. Following a particularly treacherous and difficult route which included a five-month journey through the Ituri rain forest and having lost two-thirds of the party, Stanley eventually convinced Emin Pasha to leave Equatoria in 1889.

The six etchings by M.G. Montbard were specially prepared for this edition-de-luxe, and each is signed in pencil by the artist.