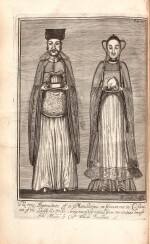 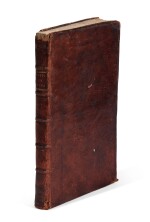 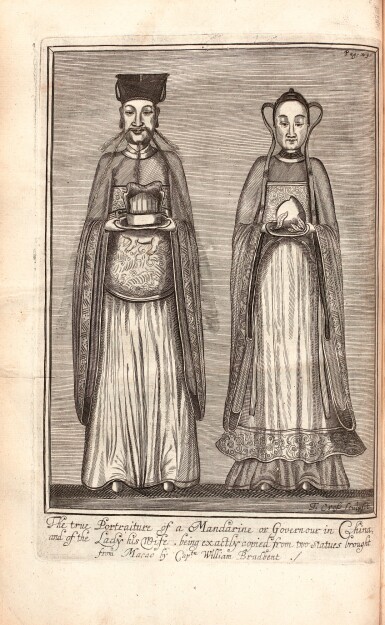 The history of that great and renowned monarchy of China. London: E. Tyler for John Crook, 1655

A CRISP COPY, in a contemporary binding, from the library of Joseph Ottolenghe, a noted colonial American Jew involved in the silk industry.

Semedo was the Portuguese Procurado General for China, and his work, originally published in Madrid in 1642, includes much valuable information derived from first-hand observation. The second part is based on Martini's De Bello Tartarico Historia (1654), and was considered the best general description of China at the time.

Joseph Solomon Ottolenghe (1711-1775), ink stamp on title and marginalia. Ottolenghe, born Giuseppe Salomone Ottolenghi i Casale Monferratto in Italy in 1711, was invited to England by his uncle. He converted from Judaism to English Protestantism and emigrated to Savannah, Georgia in 1751, first to work as a missionary among African-Americans. Later he was appointed as superintendent of the local silk industry and published a treatise on the breeding of silk worms. He served as a member of the Georgia legislature from 1761-1765.