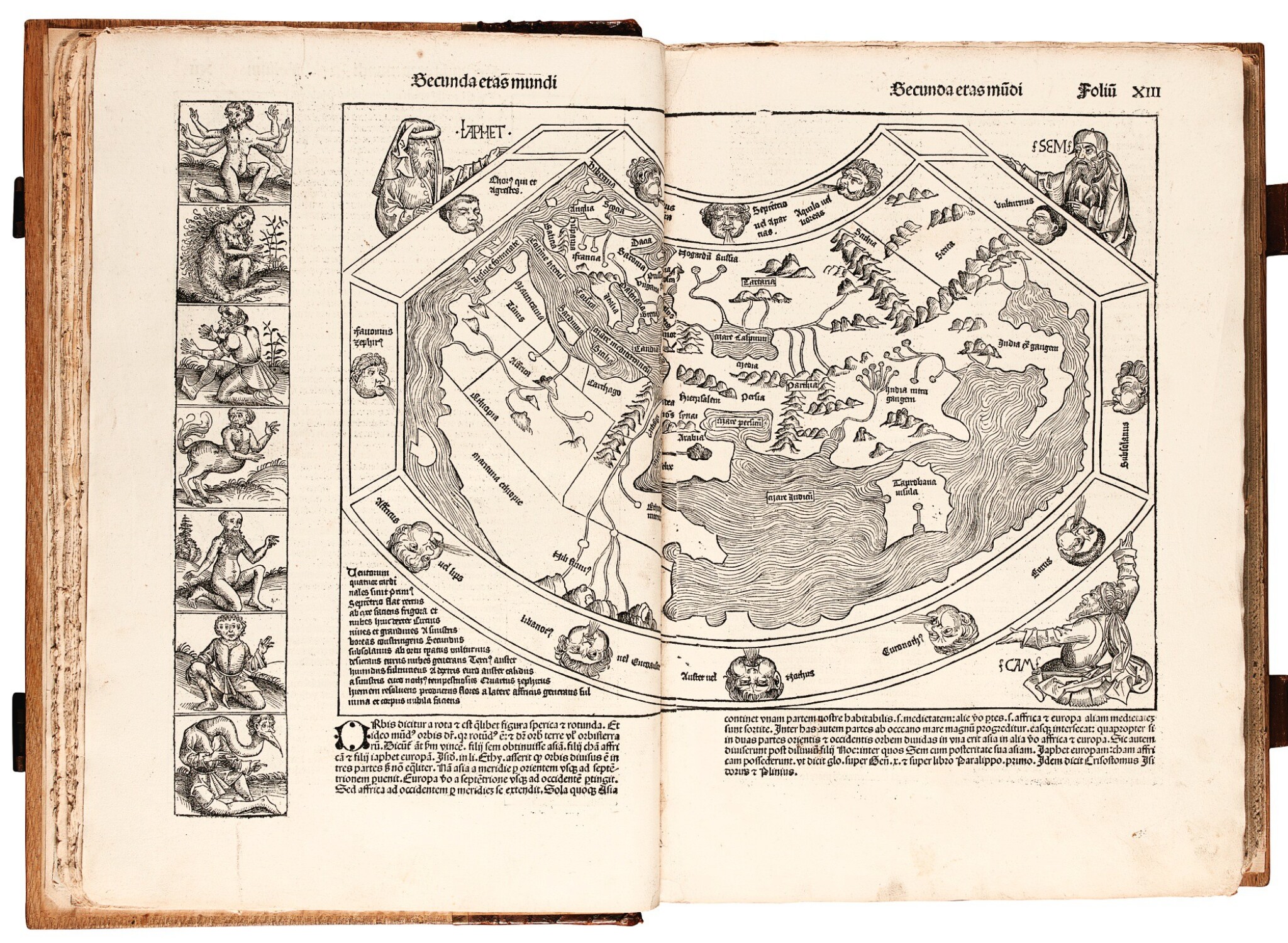 Schedel's chronicle, a history of the world from the Creation to his own time, is remarkable for its illustrations, graphic design, and depictions (some real, some standardised) of cities. IT INCLUDES THE FAMOUS EARLY MAP OF EUROPE (by Hieronymus Münzer after Nicolas Cusa) AND A PTOLEMAIC WORLD MAP (Shirley 19). The many woodcut illustrations include events from the Bible, pictures of human monstrosities, portraits of kings, queens, saints and martyrs, and allegorical pictures of miracles.

late sixteenth-century inscription on title-page recording the gift of this book in the will of Petrus Oranus to Renerus Gilteau of St Maternus (a chapel in the church of St Lambert) of Liège; baron [Louis Joseph Nicolas] de Waha and de Wierde, later inscriptions on fos 20 and 100; Alfred Leeser, notes at foot of title-page dated 1968-1969